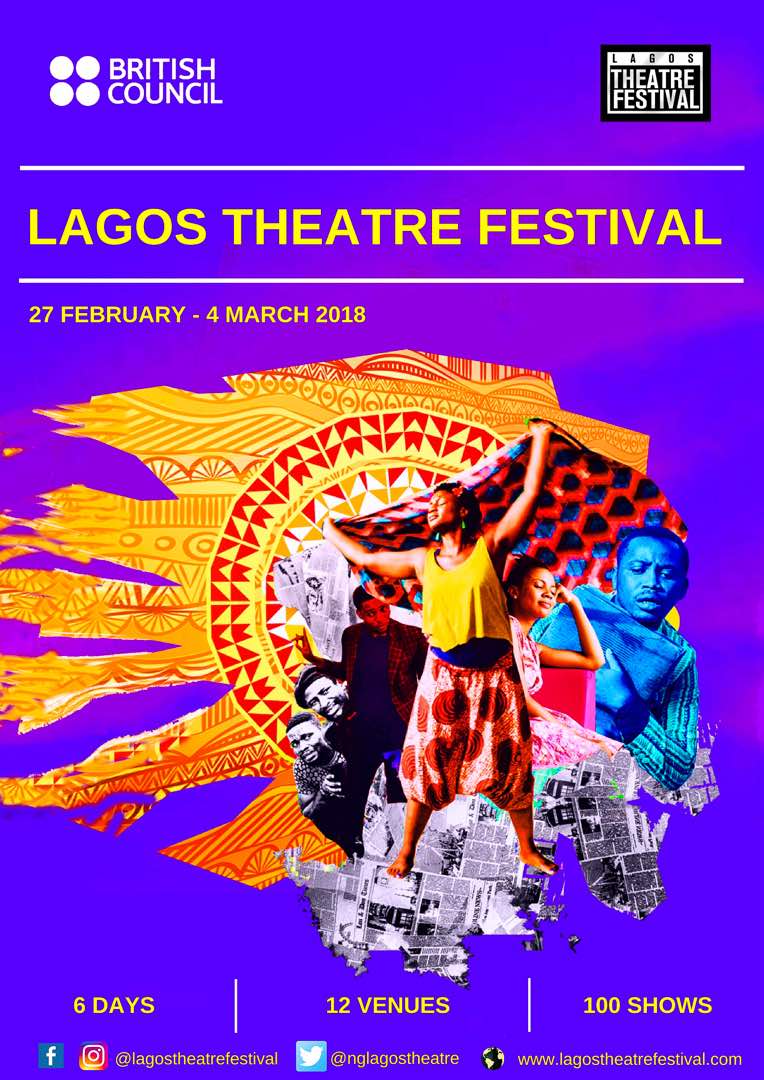 Lagos Theatre Festival has released the schedule of performances and workshops that will feature at the 2018 edition of the festival which will be held from 27 February till 4 March 2018 at the Freedom Park and several other venues in Lagos.

Focus for this year is on theatre in unconventional spaces, innovative interpretations of new ideas that will inspire and challenge audiences, and promoting new works that will spark conversations and debates.

The curated strand of the festival will feature 6 productions with over 20 shows throughout the festival. The other aspect of the festival, the fringe strand, has over 35 production programmed to present over 80 shows to theatre audiences in Lagos.

The capacity development thrust of the festival will deliver workshops and trainings in acting, script development and some other theatre related subject matter throughout the festival.

Talking about the programming of this year’s edition, festival director, Kenneth Uphopho explained that productions were carefully selected to offer an interesting array of the arts. He said, “This year’s festival has been programmed to ensure there is something that appeals to every segment of the society – drama, spoken word, music, workshops, variety shows, visual arts and so many more. We offer a slice of every bit that you wish to experience.”

Expressing her elation at the growth of the festival over the years, British Council’s Head of Arts in West Africa, Ojoma Ochai revealed that Lagos Theatre Festival has been listed as ‘One of the top 20 theatre festivals around the world’ by America Express Essentials.

She went further to say, “It is quite commendable that in the 5th year of the festival, we get accorded this recognition as one of the top 20 theatre festivals across the world. Lagos Theatre Festival was listed alongside other festivals such as Edinburgh Fringe, Galway International Arts Festival and London International Festival of Theatre amongst some others. This is good news for us”.

The 2017 edition featured over 80 events at 16 venues across Lagos and was well attended by over 5000 people. This year is scheduled to present over 100 shows at more than 18 venues in Lagos by production companies from America, Ghana, Nigeria and the United Kingdom.