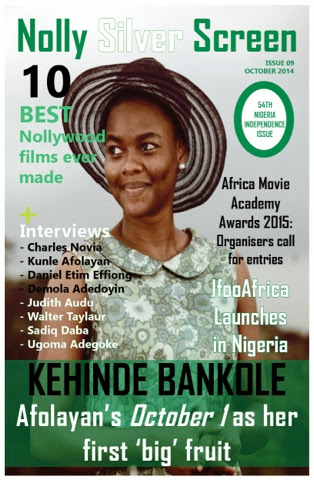 Fast rising Nollywood actress, model and musician, Kehinde Bankole is the cover girl for the Independence issue of Nolly Silver Screen magazine. The award winning actress who plays the role of Tawa in Kunle Afolayan’s blockbuster October 1 reveals that she shares some character traits with her onscreen personality. “I am a strong man’s woman; I am only for that strong one and that is what Tawa is.”

Kenny Banks as she is fondly called added: “October 1 gave me the chance to live what would otherwise have remained an imagination, of what it was like living in the old times, because yes, I often wondered. It’s not about the volume of work, it was and still remains an experience.” 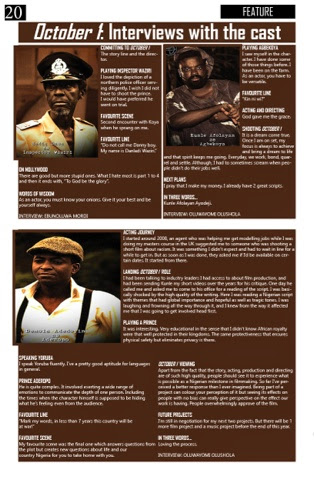 Speaking about the Independence edition, Isabella Akinseye, Editor of Nolly Silver Screen said,“Our Independence edition coincided with the release of October 1. And we were lucky to speak to key cast members; Kehinde Bankole our cover girl, the film’s director Kunle Afolayan, Sadiq Daba and Demola Adedoyin. This edition is also special because it is the first anniversary of our parent website www.nollysilverscreen.com.” 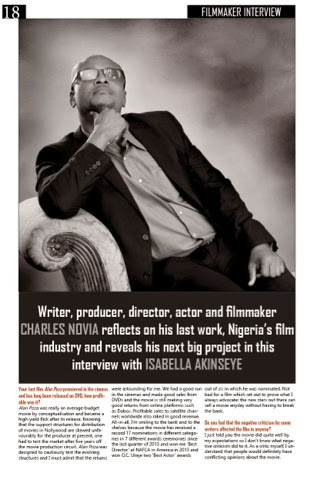 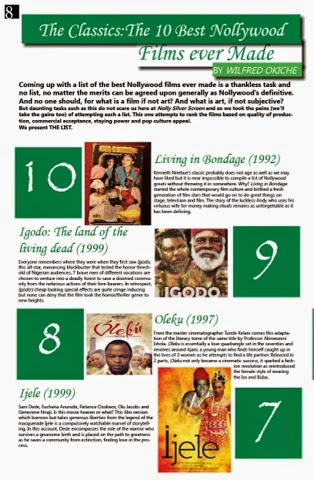 Next Post What Rocked and What Sucked at the 2014 Nollywood Movie Awards.