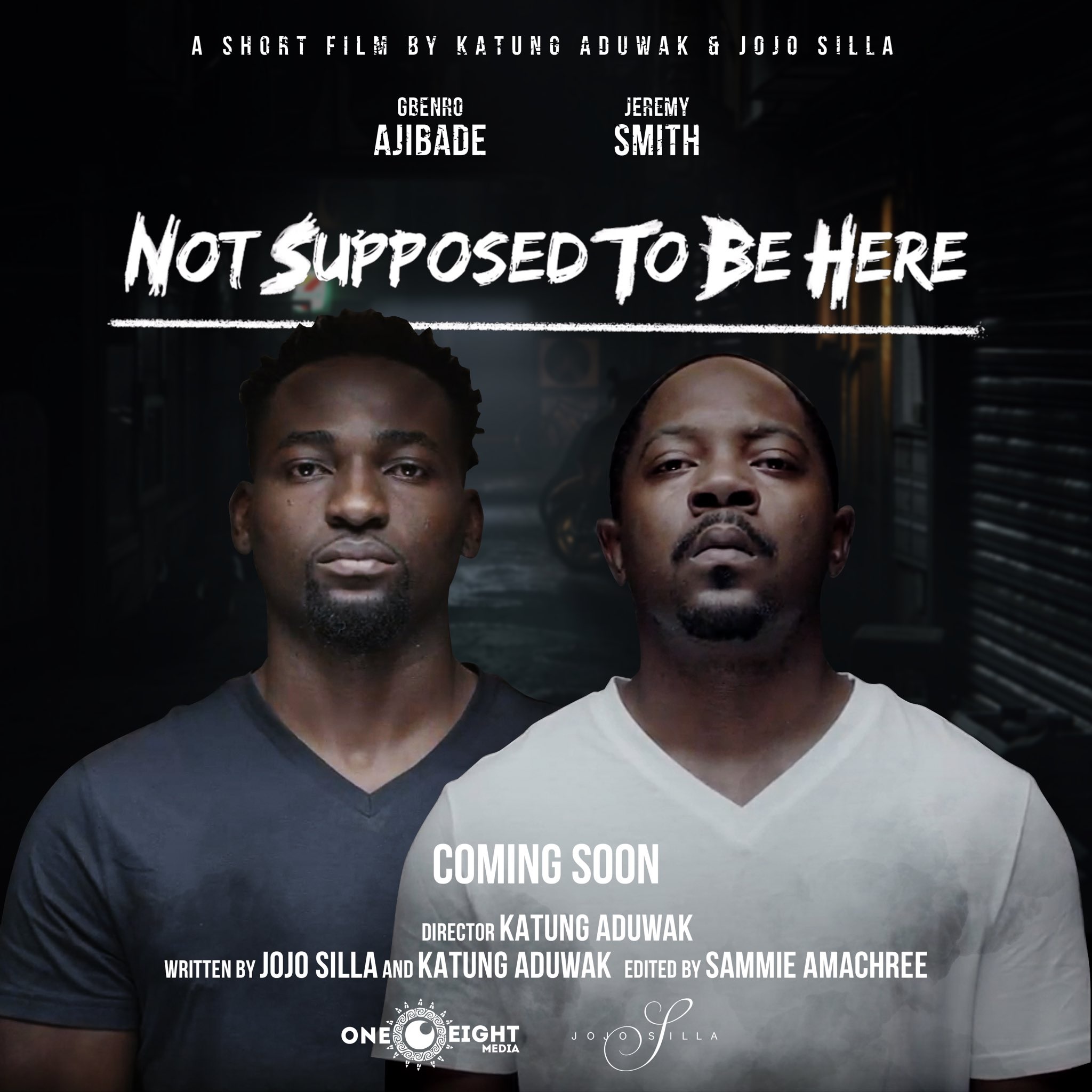 Katung Aduwak’s last feature was Heaven’s Hell, released in 2019 to help fight domestic violence against women and children. This year the filmmaker is set with Not Supposed To Be Here, a new visual offering that tackles racism, injustice, police brutality, the dangers of stereotypes, and more.

With everyone invited, the online screening for the new short film is billed to take place on YouTube tomorrow Sunday, June 14th, at 5:00 PM EST (10:00 PM West Africa Time). The virtual event will serve as a chance for audiences to learn more about the production, hear from, and chat with the cast and crew.

Written by Jojo Silla, Not Supposed To Be Here explores a contentious exchange between an African and an African-American which leads to an eye-opening conclusion. The director, Katung ‘Direktah’ Aduwak, is known for movies such as The Brazilian (2013), PUNEET!TV (2012) and Unwanted Guest (2011). He is also known for starring as Dunlandi Gambadia in EbonyLife TV’s drama series, Desperate Housewives Africa.

In 2016 he was the winner of Big Brother Nigeria 1, the inaugural edition which had Ebuka Obi-Uchendu and Gideon Okeke in the line-up of contestants. Shortly after winning at the reality TV show, he went on to study filmmaking at the Digital Film Academy in New York.

Not Supposed To Be Here, starring Gbenro Ajibade (Gbomo Gbomo Express) and Jeremy Smith, is executively produced by Jojo Silla and Katung Aduwak. With music by Josh Evert, and edited by Sam Amachree, the film proves to be particularly relevant concerning everything going on in the world today.

Not Supposed To Be Here hopes to spark a conversation to move us in the right direction where we view each other as brothers and sisters who will stand together in fighting oppression.

Register to get your tickets now at Eventbrite and set your reminders so you don’t miss any part of the screening.

Watch the teaser below: