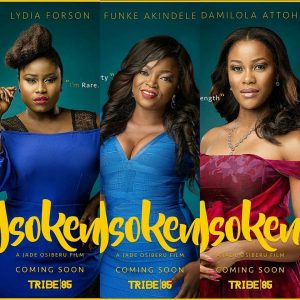 Nollywood is tricky. Sometimes the films with the bigger stars make more money, other times, trust word of mouth. But recently, nothing has given us a good reason to anticipate a film like a good marketing strategy. Ever wondered why A.Y keeps triumphing in the cinema, or why the Wedding Party made so much money. What about “Okafor’s Law” and the whole Omoni’s theory for marketing her films.

Not many films have been announced for the next section of the year but even if we had a thousand films to anticpate, Jade Osiberu’s “Isoken” is top on our list.

A bonus to the whole excitement for “Isoken” is the involvement of Dakore. We cannot wait to see how she tackles the role. Are you excited about “Isoken”?

What other films slated for release later in the year has you excited, and why?

Previous Post 5 Stars that got into the Film Industry later in life!

Next Post Walter Banger’s “Catch.er” To Premiere at the Nollywood Week Film Festival