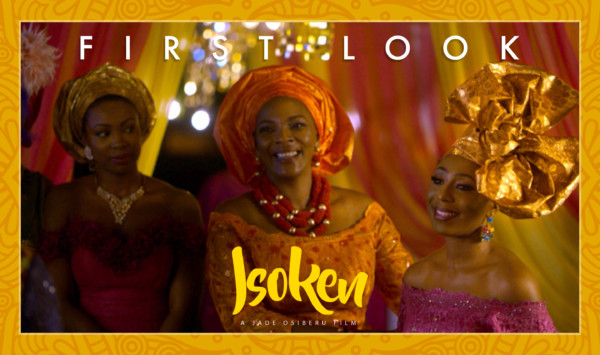 The star-studded and highly anticipated movie, Isoken, would be in the cinemas come June 16, 2017. The movie aims to ask: “What would you do if you were faced with a decision that could potentially tear apart relationships that you value the most?”

Isoken tells a story of self discovery that explores cultural expectations, racial stereotypes and the bonds that unite families. The film was written, produced and directed by Jadesola Osiberu – the brain behind Amaka’s Kin: The Women of Nollywood, Rumor Has It, and Skinny Girl in Transit.

In 2015 she was nominated at the Africa Magic Viewer Choice Awards for the Best Television Series and Best Sound Editing (Gidi Up). Gidi Up is a Nigerian television and web drama series produced by Ndani TV and sponsored by GTBank. The show stars AMVCA trailblazer Somkele Iyama, Deyemi Okanlawon, Iretiola Doyle, Adesua Etomi and OC Ukeje to name a few.

Osiberu is also the producer of The Juice, an Afro-beats music and general entertainment show being shot and edited by Femi Bamigbetan (Flowers). Isoken will be the first feature film from this director.

It promises to be touching, dramatic and funny. Check out the teasers below.

Previous Post Web Series Review: Dave and Steph is an attempt at making a Cuddly Couple drama but it fails.

Next Post 4 Actors We Need to Take Diverse Roles!