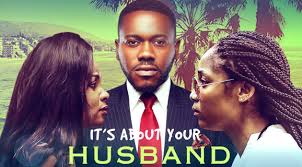 Kayode is the typical unfaithful husband; he is married but is still interested in playing around with other women. His wife who is at first limited to what he wants (she makes her choices based on what Kayode wants) does not seem satisfied with the marriage. His wife (Chealsea Eze) and mistress (Tamara Eteimo) are all victims of his philandering lifestyle. He is quite controlling, which makes the whole situation quite unbearable. He seems to be in love with his mistress because he strives to do everything for her. Even when his wife is home, he sneaks to speak to her; she spends time in his matrimonial home when his wife is not around. At a point she even ends up wearing his wife’s dress, eventually the mistress and wife meet. The mistress was wearing the wife’s dress and this raises some questions for both parties. Kayode seems to have the perfect plan until his mistress finds out that he is married and all hell breaks loose and Kayode ends up the biggest loser in the game he started.

I enjoy Uduak Isong’s stories. I think that the films can have better titles, but I enjoy the content and the story line. She writes really good stories and she always boosts her stories by giving her weakest characters strength at the tail end, she does that with this story and it is a hilarious story yet we are all happy when Kayode fails in his own game. It is satisfying that she uses humour to carry us through this story. Kayode feels like the Alpha–male but his own game ruins him. His beautiful wife seems to lack something because he tries to find that in the very similar mistress he goes after. There is a lot of similarity between his wife and his mistress and that is what makes it very shocking that he decides to cheat on his wife. Things seem to be fine at home. His life also revolves around the lies he spends time telling the wife and the mistress, from his dead mother to his father, he seems to think that the women around him are complete fools.

Casting for this film was not quite what I expected for the roles being played. Especially for Chealsea Eze who plays the wife of Kayode. I would expect her to play the mistress. She does not seem quite ready for the wifely role yet and it showed through this film. It was hard trying to connect with her character. Deyemi Okanlawon is impressive as the philandering husband while Tamara Eteimo gives the film a little spice as the mistress.

While the storyline is impressive, the film drags for quite some time and the sound is not too great. It is a low budget production and it manages to do what Uduak’s films do, it passes a message on infidelity and somehow it to, is a form of abuse in a marriage as we see in the film It’s About Your Husband.