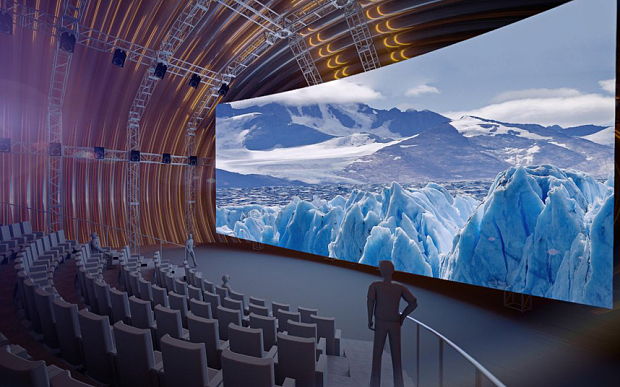 Last week, the American cinema community (perhaps the global theater) community woke up to a rude shock. Their daily butter and bread came under attack from a would-be disruption.

Sean Park, another overly ambitious tech entrepreneur, who founded Napster and worked at length with Mark Zukerberg on Facebook is on the prowl again. His latest idea is Screening Room. Screening Room is a new tech startup that plans to take cinema rooms to the home of audience for a premium fee announced that it got funding to launch into the American market.

In essence, instead of going through all the hassles of queuing at cineplexes to watch a one hour fifty minutes feature film, Screening Room plans to provide same day viewing with physical cinemas premiering the same film to customers who do not mind paying more- as much as $50 per viewing. According to Business Insider, the service would use the company’s secure anti-piracy set-top boxes to deliver the video content to viewers.

While this is a good news for customers, the coming of Screening Room into the cinema industry is the worst news to hit them in the last decade. Here is why: The common tradition is that a typical film will take 90 days for theatrical exhibition before it is made available for DVDs and online streaming platforms such as NetFlix, Hulu, IrokoTV etc. Screening Room is coming to turn the traditional on its head. While the startup is already extending the olive brand to film producers (Sony already declined) and the cinemas industry by proposing that Screening Room customers will get complimentary tickets to watch films in any cinemas of their choice; it is still not convincing to many of them who think it is difficult to predict how customers would behave in the medium and long term if both options are placed side by side.

Three key implications that Screening Room and any other related startup portend for the cinema and marketing industry is that: Smart and savvy premium brands would have another approach at reaching premium customers as brand integration would work better for films that screens on the platform. The power of the cinema industry would wane over time as customers would rationalise the cost versus benefit of watching a freshly hot film on their couch and in the comfort of their homes compared to the swelling queues at movie premieres.

Although it might further crash cinema tickets by increasing revenue in the short term, the long-term effect is instructive and all players must see the change before it comes.

This article was prepared by SBI Media,  A next generation media agency.

Next Post The Actors Advocate (#TAA) Celebrates Its Quarterly Event