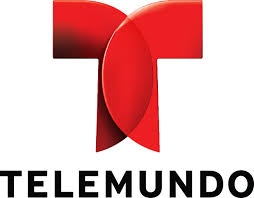 A brand new telenovela Iron Rose is premiering on Telemundo (DStv Channel 118 and GOtv channel 14) on 1 May 2017 at5pm,and it’s like nothing you’ve ever seen before.It’s a thrilling tale of revenge, betrayal and ambition centred onAltagracia Sandoval, played by AracelyArámbula. Don’t let her looks deceive you. Sometimes the most beautiful things can also be the deadliest.

At a very young age, Altagracia falls victim to abuse by a group of young, rich men known as ‘The Porkys’, who strip her of her innocence. Since then, the beautiful and headstrong business woman has learnt to use her beauty and charm to get what she wants. Her determination has built an empire that allows her to take the law into her own hands, bringing to justice the men, and those like them, that caused her such harm.

What Altagracia doesn’t know is that her quest for revenge will lead her to her estranged daughter Monica, played by Danna Paola (If Only I Were You). Monica lives a simple life with her handicapped father, Lazaro Hernandez, played by Odiseo Bichir, and has no knowledge that Altagracia is her birth mother.

The mother and daughter’s paths will cross again with the arrival of a handsome lawyer, Saul Aguirre played by David Chocarro, who fights for women’s rights after his own sister was killed by her husband. Upon his arrival, he meets both Altagracia and Monica and finds himself attracted to both, despite their vastly different personalities. Do the two women feel the same way about him, and what will happen when it’s revealed that Monica is Altagracia’s daughter?

Throughout this dramatic telenovela, we’ll learn more about Altagracia’s extended family, Saul’s right hand man and the infamous ‘Porkys’, who are solely responsible for Altagracia’s ruthless outlook on life.

Find out how far this vengeful titan is willing to go and whether she can ever love again, when the exciting and thrilling Iron Rose premieres Monday, 1 May 2017 at 5pm on Telemundo (DStv Channel 118 and GOtv channel 14).