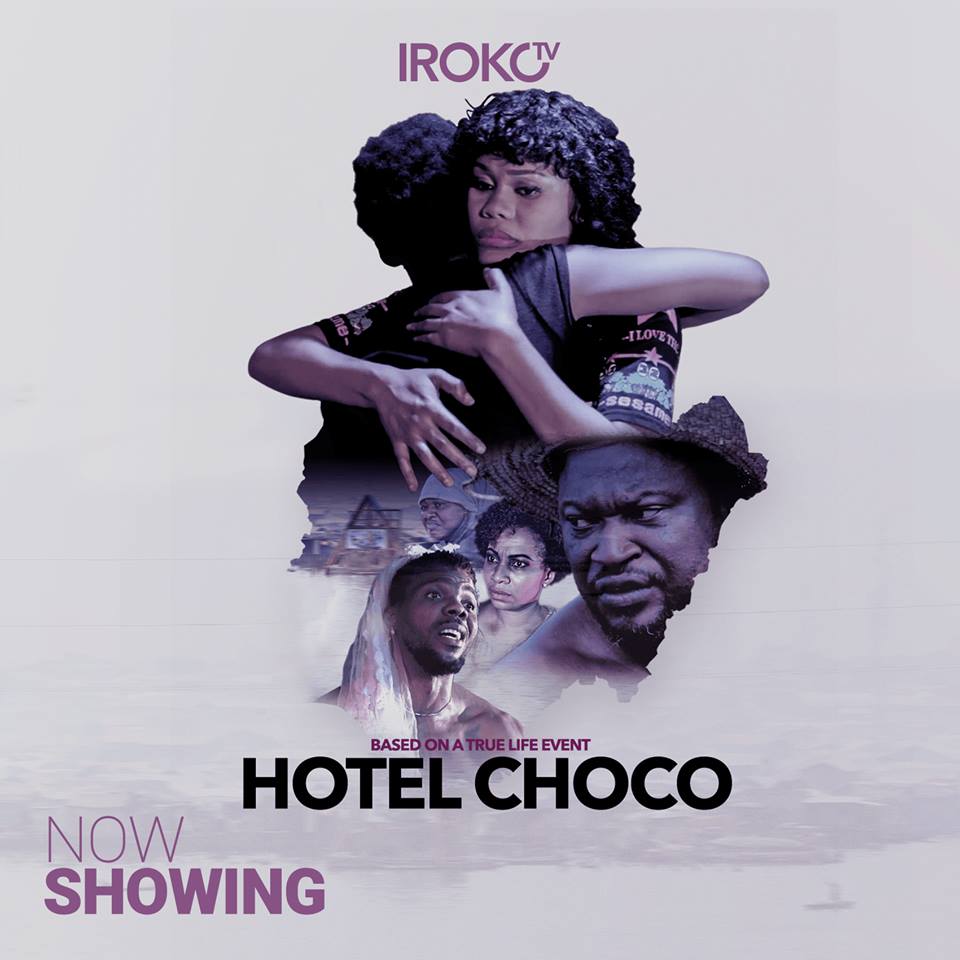 “What you have, will give you what you want,” this is a very famous quote in life and most times, it represents women giving out their bodies in exchange for an amount. In “Hotel Choco” we hear it from a mother to her daughter after a man taps her from behind, instead of defend her daughter, the mother excuses it- she promotes it.

Itoro and her family live and struggle in the slums to make a living. They struggle to have food, to keep their business floating. In the slums, everybody is in a competition to make it and for Itoro’s mother, if it means her daughter using her popularity with men to keep the customers, then so shall it be. Sadly, this leads to a pregnancy and an abortion that eventually kills Itoro and eventually her mother dies too. Her sisters have to struggle on their own, when they leave the slums; they realize that life in general is very difficult for women.

If you love documentaries, then Hotel Choco is for you. It feels like the proper interactive documentary that allows the viewer to think before it further explores its purpose. In the slum, there are potentials, potentials that we do not give enough attention to. Potentials that sometimes get ruined as a result of the lack of opportunities, the lack of privilege and abuse that nobody fights.

We watch Itoro’s mother ignore the warning sign because of need. She sends her daughter to a man who boldly exhibits the characteristics of a pedophile. She allows it as long as he still buys from them. She feigns ignorance at the situation; it is the daughter that is ready to fight it.

Despite its commendable story, it stereotypes poor people; it re-iterates the popular notion that to the poor money is God, which is not true. Poor people have morals and lack does not reap them of a sense of honesty.

Visually “Hotel Choco” does a good job of establishing the slums. The cinematographer does a good job of telling us the story before we see it. Most of the film happens in silence and the other half happens through narration. The style is enjoyable especially for those that enjoy this form of filmmaking that happens mostly through narration and then silence. “Hotel Choco” is a great exploration of what children in the slum need and how the female child is taken advantage of with permission from family and friends because of poverty. We see the story through the eyes of Nse Udoh who is a product of the slum herself.

It is a well told story that was crafted with the proper visual elements to create the right intrigue and to further illuminate us on the struggle of the girl child and how an event that happens to her as a child can further complicate her adulthood.

Hotel Choco feels like a documentary but it is a film that you will want to watch if you wish to further understand the disadvantage of poverty, especially for the girl child.

Previous Post “Cliché” proves that Women cheat too, but it is more calculated!

Next Post MTV Suga is back! Here is what we will be seeing in MTV Shuga: Down South