So, what movie, TV production, online content or arts project am I looking into today? Hmmm… Hollywood!

Hollywood has been around for a couple of decays, churning out movies on a yearly bases. Everyone will agree they have come a long way, but sometimes, when I watch old movies from the 80s till the 90s and 2000s on DSTV, I cringe at the special effects used at that time. But asides special effects, i cannot see past the tremendous efforts that actors & actresses put into getting themselves into character.

Here are some of the ways our celebrity actors & actresses have gotten into character to make their art of make belief, more believable. 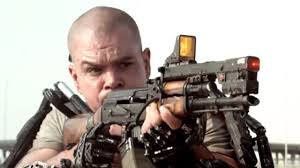 #1 Matt Damon in ‘Elysium’
While promoting “Elysium,” Matt Damon revealed that one of the scenes was shot in once of the world’s largest garbage dumps, which is located in Mexico City. And to make things worse, some of the contents of that dump which includes human feces ended up in his mouth. Now am yet to see this movie which is in the cinema’s right now, but for those of you who have, kindly share your thoughts on what you think. 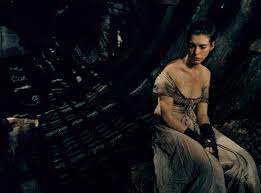 #2 Anne Hathaway in  ‘Les Misérables’
I couldn’t for the love of God understand what the fuss was about this movie. It took forever to watch, they sang and continued to sing and i felt like OMG, just end already!!! But peeps exclaimed that they loved it. Ah well, Anne Hathaway from her already slim frame trimmed 25 pounds to play Fantine, a tubercular prostitute, in Les Misérables. After dropping an initial 10 pounds, she then lost 15 additional pounds in two weeks by living on two thin squares of dried oatmeal paste a day. She also cut her wavy locks and had to look near death. According to  Anne in Vogue. “Looking back on the whole experience ‘ it was definitely a little nuts,  and a definitely break from reality.’ But who cares about being nuts when the OSCAR seats on the fire place mantle. Hehehe! 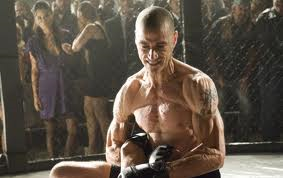 #3 Matthew Fox in ‘Alex Cross’
I was so looking forward to seeing Tyler Perry in a movie he didn’t direct, produce or star in when i grab a copy of Alex Cross and also, as a fan of the Morgan Freeman’s versions and the books, i couldn’t help it. Former Lost star Matthew Fox stars with Tyler Perry and had to get scary-buff for the role of serial killer Picasso in Alex Cross, a movie based on James Patterson’s, Alex Cross books.  In stills from the movie, the formerly foxy Fox is ripped beyond belief, with his veins and muscle standing out, looking scary and he actually looks psychotic. How many of you heaved a sigh of relief when he was killed? I can’t lie, I did oh! 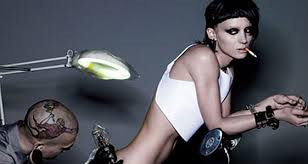 #4 Rooney Mara in ‘The Girl With The Dragon Tattoo’
The Girl with the Dragon Tattoo an American mystery thriller, based on the Swedish novel of the same name by Stieg Larsson was another must watch for me. The media hype for the movie like every other Hollywood movie was top notch and boy was I glad.  To play tough girl Lisbeth Salander in The Girl With the Dragon Tattoo, Rooney Mara butchered her hair, bleached her eyebrows, and pierced her nipple, nose, and eyebrow. “The eyebrows were the biggest shock because that really changed my face, and I didn’t recognise myself,” she said. “But I was fine because I knew it was going to be really helpful for getting into character.” I also felt she lost weight, but Rooney is natural slim! Considering, her performance landed Rooney her first Golden Globe nomination, i guess piercing her nipple was a worthwhile sacrifice. 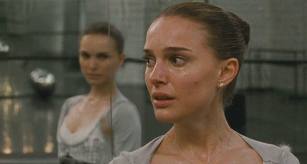 I actually didn’t watch the ‘Black Swan’, probably due to busy schedules and all but from the previews, Natalie Portman had this look that could drive chills down one’s spine. to get into character for her role, Natalie had to slim way down, dropping 20pounds to play a psychologically disturbed ballerina in Darren Aronofsky’s thriller Black Swan. Swimming  and practicing ballet (she had to learn it)  for up to 8 hours a day, six days a week, was a real challenge for the star who won her first Academy Award in the Best Actress Category.

Action comes in large doses when it comes to Tom Cruise.  When the 5’7″ star was cast as Vincent in Collateral, the only real villain of his career till date, one of the necessary features of being a professional assassin was the ability to blend into a crowd.  To help prepare himself for that killer mindset and learn how to blend in, he dressed up like a FedEx worker and delivered packages to a crowded LA marketplace, all while trying his hardest not to be noticed by literally every person around him.  He also took it upon himself to learn the other half of being a professional killer, i.e., how to actually kill people. He did extensive training with guns, learning how to shoot quickly and accurately, all with live ammo. 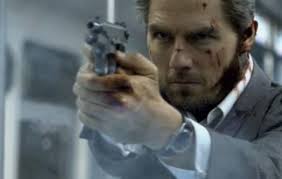 Tom Cruise is one of those actors who takes playing his character seriously and learns it all, there is no stunt men involved sometimes. So he can fly a plane, ride a motorbike, shoot, kill people and sing rock n roll!!! 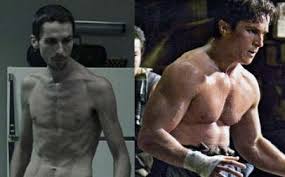 #7 Christian Bale in ‘The Mechanist’
Haven’t been a fan of Bale till i watch Shaft and even then i wasn’t sold. However, he had been in and out of the news on his ability to lose and gain weight. For his role as a traumatized man in the 2004 drama The Machinist, Christian Bale lost a staggering 63 pounds from his typical 185-pound frame at whose request, no one!!!(OMG, can you imagine) the director of the movie, Brad Anderson is quoted as saying he never requested Bale lose as much weight as he did.  He then regained that weight — plus an extra 40 pounds in the short span of five months to play billionaire playboy Bruce Wayne in Christopher Nolan’s Batman Begins.  Not sure how safe that is, but the food he most craved after quitting his starvation diet was apples. Can we say craaaaaaazzzzzzyyyyyyy? 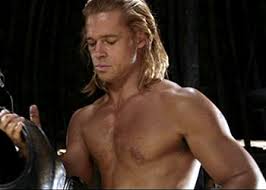 #8 Brad Pitt in ‘Troy’                                            Another popular movie of 2004 was ‘Troy’. Brad Pitt was the corky sarcastic Achilles who killed one of my favorite characters in the movie Hector player by Eric Bana. I was truly vexed when that happened and really glad when Brad Pitt was put to death (am way too emotional bah??? Need to understand that it’s just acting.)  Any-who, Brad Pitt has never been a slouch when it comes to working out, but when preparing to play his role in the epic Troy, he went all-out and Wowzers did he get them abs.  He gave up cigarettes
and cut way back on the beer and chips, opted for a low-carb, high-protein diet instead and 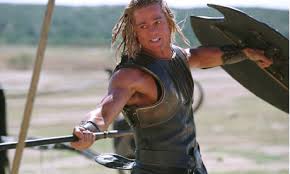 brutal training, which involved running, yoga, weight lifting, and sword work, produced a beautiful specimen of man with the face of Brad Pitt and the body of a Greek god. (*faints*) 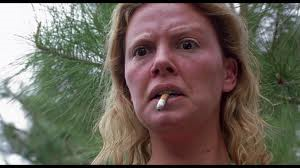 This 5’10” blonde South African beauty and former model, in addition to shaving off her eyebrows, donning prosthetic teeth and tons of blotchy makeup, had to pack on 30 pounds to portray real-life serial killer Aileen Wuornos in the 2003 film “Monster.” Theron, who was completely unrecognizable in the role, went on to win an Academy, Critics Choice and Golden Globe awards as best actress in a leading role for her performance. 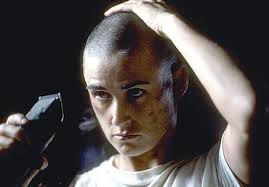 Last but not least, there’s Demi Moore!!! I will never ever forget this movie. It takes the cakes for being my greatest movie of all times and even though I loved Ghost, the nostalgia I felt watching ‘G.I Jane last year was totally awesome, who knew Viggo Mortensen and Morris Chestnut were in the movie sef! Demi, pulled all stops to be a woman ladies would love to be, and a guys guy. Back when she was still reigning in Hollywood, 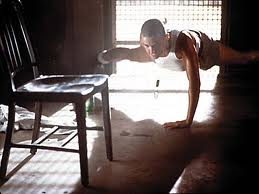 Demi bulked up, shaved her head to play the first woman to make it through Navy SEALs training in the 1997 movie G.I. Jane. Demi set the pace for women in the industry, with other actresses taking a cue from her on how to be tough on screen.
Asides Hollywood, a couple of our Nollywood actresses have donned the bald head look (not sure if it was for a role, befitting of the cut,  or just changing with the trends) but acts such as Uche Jumbo, Mercy Johnson, Oge Okoye, Chika Ike and Ebube Nwagbo have all had the look at one time.
So there you have it, Hollywood takes no prisoners and spares no change when it comes to producing those blockbusters that we love, but the acts who star in these movies, go the whole 9yards to make every scene believable.

What you think, going to far? Let me know…

Next Post The Case of Dabur Herbal Toothpaste Ad.