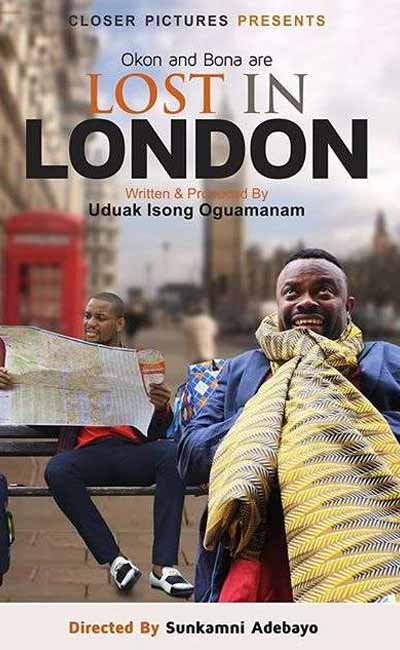 When Okon and Bona meet in London, the result is a hilarious comedy. They’ve been selected for an exchange program in London, but will they return home after the program or will they attempt to make it big in London?

Lost in London is the third project in the Okon franchise which includes Okon in Lagos and Okon Goes to School. Interestingly, the franchise bears a similarity to the Jenifa collection, who also also left the village, went to school, and finally (in Jenifa’s Diary season 7) went to London.

Directed by Sunkanmi Adebayo (Desperate Housegirls – TV Series), the movie premieres on the 9th of June, 2017, and promises to be a rib-cracker. Check the teaser and BTS pictures below.

Previous Post Omoni Oboli’s “Okafor’s Law” is on our radar and here is why.