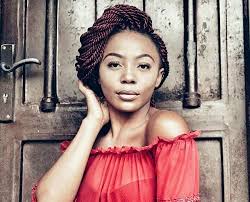 Former Big Brother Nigeria housemate, Ifu Ennada has released her short film “Tears of a Broken Virgin”. The short film was inspired by Ifu’s experience with sexual abuse in the entertainment industry. People in the Nigerian entertainment industry have not been too comfortable talking about their experiences with sexual abuse because of the fear of getting a backlash. Ifu Ennada hopes that her short film will help girls to speak up!

The lead character Ada represents Ifu, and even though aspects of it is fiction, the actress hopes the story will inspire rape victims to speak up.

Ifu was unable to speak up when she was abused but she eventually garnered online support to shoot the short film. Everyone worked on it for free and “Tears of a Broken Virgin” went on to garner eight nominations at the In-Short Film Festival and earned Ifu Ennada the best actress Award.

In “Tears of a Broken Virgin,” a vengeful rape victim goes on an unconventional revenge mission, and not even the marriage proposal from the rapist can change her mind.

Ifu Ennada says there is a possibility to expanding the short film to a full length feature. The actress has featured in Judith Audu’s “Obsession” and in MTV’s Shuga 4.

Previous Post Xplore Reviews: Despite an unusual name, “Love in the time of Kekes” is absolutely enjoyable