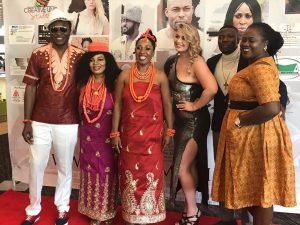 Bini epic movie, “Esohe”, premiered in the United States, on Wednesday, the 17th of May 2017 with movie tickets sold out. Movie buffs, trouped out in large numbers and flooded Showcase Cinema in Lowell Massachusetts to watch the latest Nollywood flick.

The culture of the people of Bini was on full display as the cast dressed in Bini regalia set the tone for the evening, with a meet and greet before the showing of the film.

Clips and footage from the premiere, show the audience were thrilled and enjoyed every moment of the film, finding the storyline, production quality, sound, among others as intriguing. The movie director, Charles Uwagbai, said that the movie attracted Hollywood interest based on its uncommon storytelling, diversity in cast and growing rate of African-American moviegoers.

Esohe reinvents the African folklore, bringing together top Nollywood and Hollywood cast to showcase the heritage of a people who contributed to early civilization of human race. Described as a cocktail of love, murder and mystery connecting two centuries, Esohe, the engrossing epic is a story of undying love, unflinching loyalty and deviously woven intrigues that is served in a cocktail of the rich Bini tradition.

Written by Bimbo Manuel and produced by Charles Uwagbai, Monica Swaida and Robert O Peters, Esohe was produced under the direction of Charles Uwagbai, who is best known for directing some of Nollywood’s critically-acclaimed movies, such as Black Silhouette, Okoro the Prince, Breathless and Brother Jekwu.

The movie tours continue in Houston, Texas on May 27, Atlanta July 8, New York on June 3rd, Austin June 16 and 18 and Dallas June 8, while a release party will hold on June 17 in Boston. Tours will also take place in Europe starting with London in August.

The movie recently got selected to screen at the Nollywood Travel Festival, holding at the Toronto international film festival this September 2017.

Check out some images of the premiere: 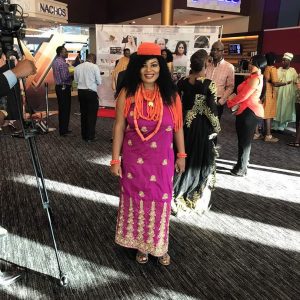 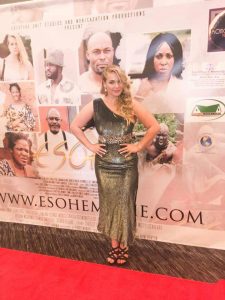 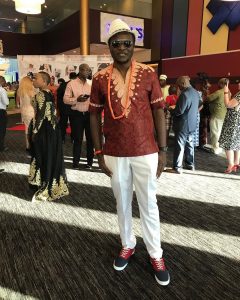 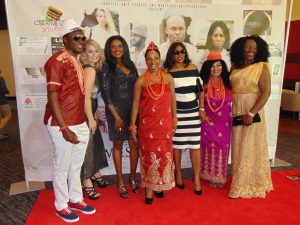 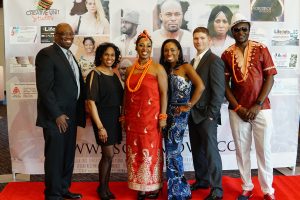 Watch the trailer of the movie here –