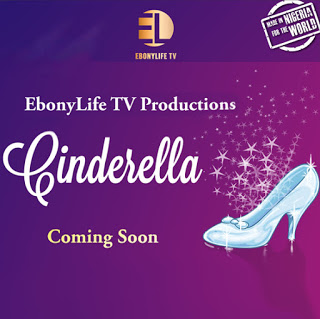 EbonyLife
TV, Africa’s first Global Black entertainment and lifestyle network, is set to
produce African adapted versions of epic and biblical blockbusters like
Cinderella, Robin Hood, Romeo and Juliet, The Prodigal Son, David and Goliath,
Samson and Delilah, and many more.
On
the heels of the production of Desperate Housewives Africa, the first
international drama format ever to be made on the continent of Africa and based
on the multiple award winning ABC Television drama hit series, Desperate
Housewives, EbonyLife TV is set to raise the bar yet again as it plans to
launch even more compelling and breathtaking drama with titles and story lines the continent is familiar with.
EbonyLife
TV is currently in development of the production of a number of well-loved epic
and legendary titles to include Cinderella, Robin Hood, Romeo and Juliet and
Little Red Riding Hood. Modern day biblical stories are not left out in the
plan as The Prodigal Son, David and Goliath, The Good Samaritan, Samson and
Delilah, among others, are set to get the modern African treatment. Auditions
for some of these will begin in July, while production is to commence later
this year.
Speaking
on the development, Mo Abudu, Executive Chairman and CEO of EbonyLife TV says,
“It’s a space we have occupied and wish to own. The world loves drama and can’t
resist the iconic ones. At EbonyLife TV, we are determined to continue to offer
the world the best of drama, made in Nigeria, made in Africa, for a global
audience. The best ideas are the simple ones, so our plan is to take those
stories and those characters that people are familiar with … those that have a
legacy, give their stories an unusual but compelling twist; situate them in our
modern African context; let them walk where we walk; let them live where we
live; face the temptations and peculiar challenges that we face; fight the
battles we fight and celebrate their triumphs the way we do. That’s what this
is all about.”
Let’s talk about it, an African version of our most memorable fairy tales and bible stories, a welcome development or ???
No votes yet.
Please wait...
Voting is currently disabled, data maintenance in progress.