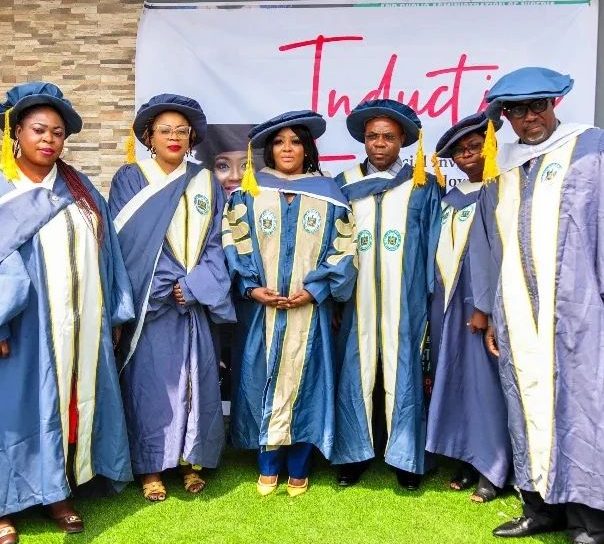 Nigerian comedian, singer and actress, Dr. Helen Paul (PhD, FCPA), has been admitted as a fellow of the Chartered Institute of Local Government and Public Administration of the Federal Republic of Nigeria.

The investiture and induction ceremony took place on 26 January 2022 by order of the council. She made this known on Instagram where she also dedicated it to her husband.

The event was attended by her friends, colleagues, and other filmmakers, among which include Bolanle Austen-Peters, Yomi Fabiyi, Ngozi Nwosu, and Binta Ayo Mogaji.

Dr. Helen Paul has worked and served as a freelance and full-time presenter at several media houses in Nigeria including Lagos Television (LTV 8), Continental Broadcasting Service (CBS), and MNet.

In July 2012, she released her debut album – ‘Welcome Party’. She subsequently released some singles, and in 2018, she released the audio and visuals for a single titled ‘Never Knew’, an inspiring song about her developmental years and career progress thus far.

In 2014, she opened a film and theatre academy, the Helen Paul Theatre and Film Academy, consisting of a dance studio, a makeup studio, a recording studio, a rehearsal studio, a photo studio, a mainly digital library, an editing studio, and a hostel for students.

Her filmography includes The Bling Lagosians, Ghetto Bred, Alakada Reloaded and a number of others.

Congratulations to the actress!

Next Post ‘Who Wants to Be a Millionaire? Series 2 – The Rebirth’ is coming to TV