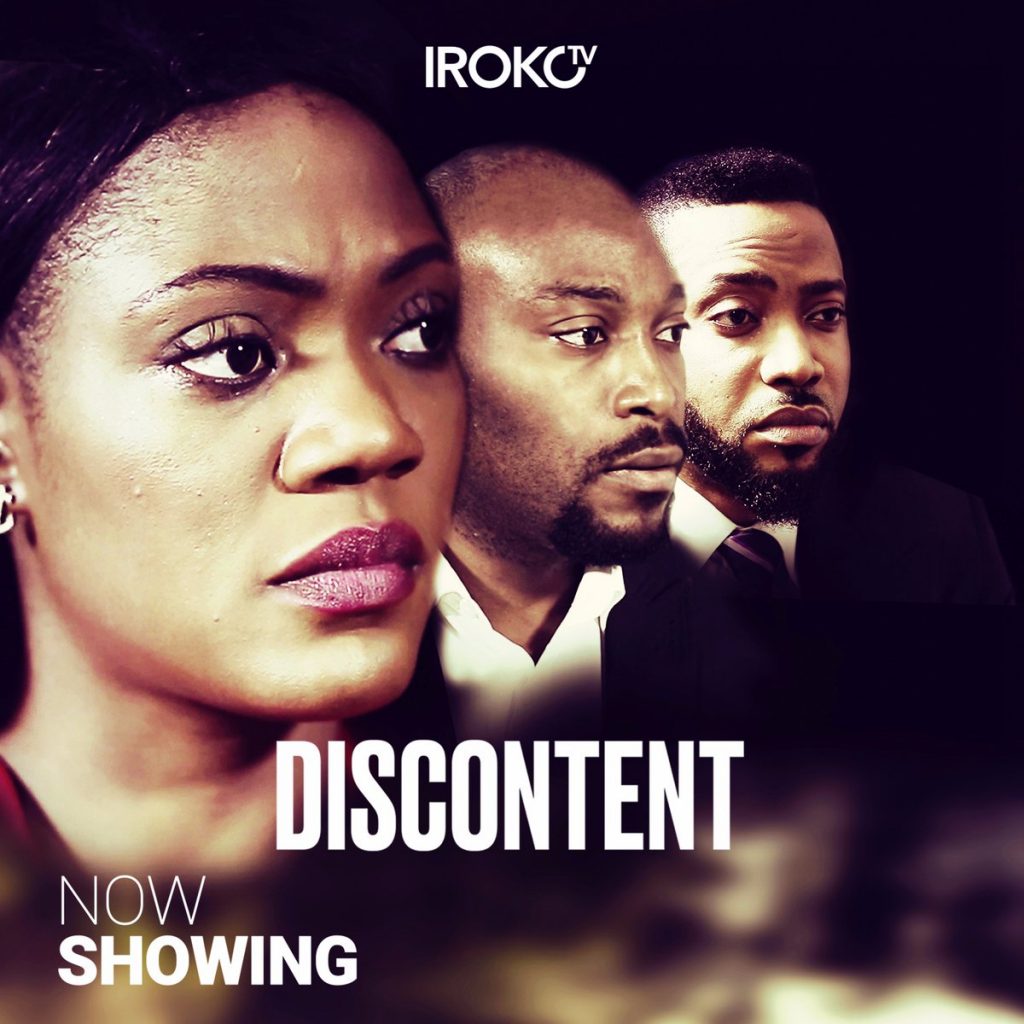 When last did you watch a film that tries to whip women to proper behavior while forgetting that men have issues too? Discontent is that film; it will remind you that women continue to be the target in society. It portrays women as backbiters, materialistic and egoistic, while ignoring a chance to lash at its male abusers.

Nonye is a happily married woman, a banking graduate that has decided to be a housewife. She is content and satisfied with her life until her husband gets a promotion that moves the family to Lekki. Nonye mingles with new friends and as a result becomes a nag and is ready to leave her marriage for a richer man.

Discontent preaches the stereotype of women as disgruntled and as always needing more even when they have enough. We are a never-satisfied specie and that is what ‘Discontent” says. Throughout, the movie we see contented men and dissatisfied women, women that crave wealth, women that are defined by wealth, that obey wealth. It is this reason Nonye falls into the wrong team, she wants more even when she has enough. Women are portrayed as dissatisfied and as liars that will manipulate each other and are always in competition, which is a reality for some women but not all. We enjoy the films purpose but we are not ignorant of its message. The film happens for two hours, fifteen minutes and the only concentration is the greed of a woman. That is enough time to tackle the problem of the world but at center stage is Nonye and how she lets women down by going after money over happiness.

“Discontent” takes inspiration from Tyler Perry’s temptation but the writer is smart. Temptation serves as inspiration but her story stands on its own, it has its intrigues. It feels very different and it is different.

The male monster of the story comes in form of Damien. He is the perfect ego-ridden male. After accomplishing so much, he still appears to us as someone with a dirty back story and when Nonye begins to interact with him, we fear for her, we know that there is so much that can go pathetically wrong and everything goes wrong.

He rapes Nonye by drugging her, because as a man it is his method of ascertaining control. He is bold that way and he wants his women lifeless in bed, he relates this fetishism to his parent’s relationship. Because his mother demeaned his father so much, he cannot stand to see a woman that will do same to him and so he drugs women before sleeping with them. Damien’s appearance was an opportunity for the story to concentrate on rape but we watch Nonye get redemption, she realizes her mistake and sets everything in order but Damien’s end is only written as part of the credit at the end of the film. The story also features Adesuwa’s abusive husband, with Adesuwa we see why women remain in abusive marriages but instead of focus on abuse within that time, the only concern of the writer is women and greed.

Bayray Mcwizu is Nonye and as always she does a laudable job. She sinks into the role like she has lived that life somewhere before and it is the beauty of watching her on screen. She impresses through her role so much, especially in the rape scene with Damien. That is acting!

Xplore rates Discontent with a 4/10

Next Post #FlashbackFriday: In “Folly”, the Past meets the Future and Uche Jumbo gives a performance to remember