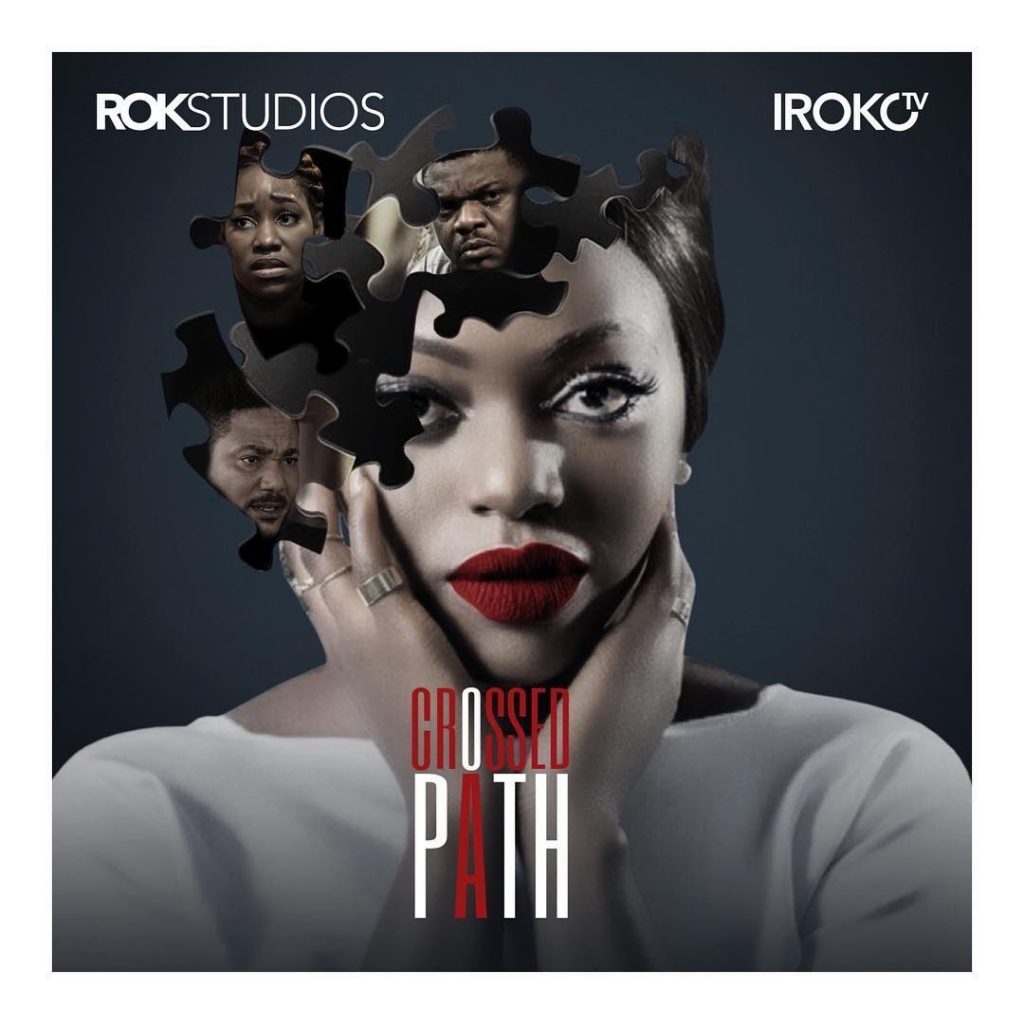 Have you ever watched a film that has a valid point to make, but it unfortunately fails due to the mistakes made from the technical department?

The thrill of thriller films is the tension they cause us, the wild anticipation and the uncertainty we await.  If you have seen Moses Inwang’s ”Stalker” you will know just why he came close to giving us the perfect thriller. ”The Novelist” by Patience Oghre also comes close but we lose interest at the tail end because the writer rushes to put an end to her script.  Kunle Afolayan has mastered the art of making totally enjoyable thrillers.

For “Crossed Path” it starts intriguing, a married man David (Frank Artus) gives undue attention to his ex –girlfriend. They start a friendship that makes his wife very uncomfortable. While searching for comfort, his wife Melody (Okawa Shaznay) meets an ex-boyfriend Jessy (Ken Erics) who is abusive, a drug addict and is obsessed with her. He causes great harm for her family and this is where the intrigues start.

Frank Rajah has nothing to prove to the industry. He has made impressive films that have made us proud. He is a respected director and there is a reason we will pay to watch his films, but even good directors do not always perform well. Some films badly want to impress, the filmmakers make an effort to impress but sometimes this effort falls short because in their concern with representing an accurate storyline, they forget the importance of making a visually enticing film and that is the problem with “Crossed Path.” the story is beautiful enough to keep us hooked but the continuity manager fails us severally, we notice hitches that should have been avoided.

In one gruesome scene, which happens to be the last scene, we are expected to enjoy watching Anita kill the man that has caused her so much problems and when she uses a stone on his head what we hear is not the sound of a stone hitting a human being, what we have is a clearly cut computer generated gun sound, it does not match what is on our screen. Thrillers are supposed to thrill us even after watching, we are not supposed to be talking about why it was terrible or not so great.  Most times we see the errors and despite the great story and dialogue, the technical aspect remains a problem because it reaps the film of its realistic essence. The sound direction is off and is not in tune with what we see. The sound of a man kicking another man sounds like the collapse of a giant house.

Acting is incredibly compelling though, especially from Ken Eric. Ken Eric’s is memorable as the stalker and abusive ex. He is so impressive that we have to ask why he is not being featured in more films. Another impressive performer is Okawa Shaznay, she is a good actor, so poised and efficient.

There are a lot of reasons we have few engaging thrillers in Nollywood, most times it has nothing to do with the story, some stories are good but the technical department keeps failing this films. Crossed Path had a chance at being an excellent film but was ruined by the technical mishaps.

Previous Post ”No Good Turn” tackles the compassion of man when considering ‘Revenge’!