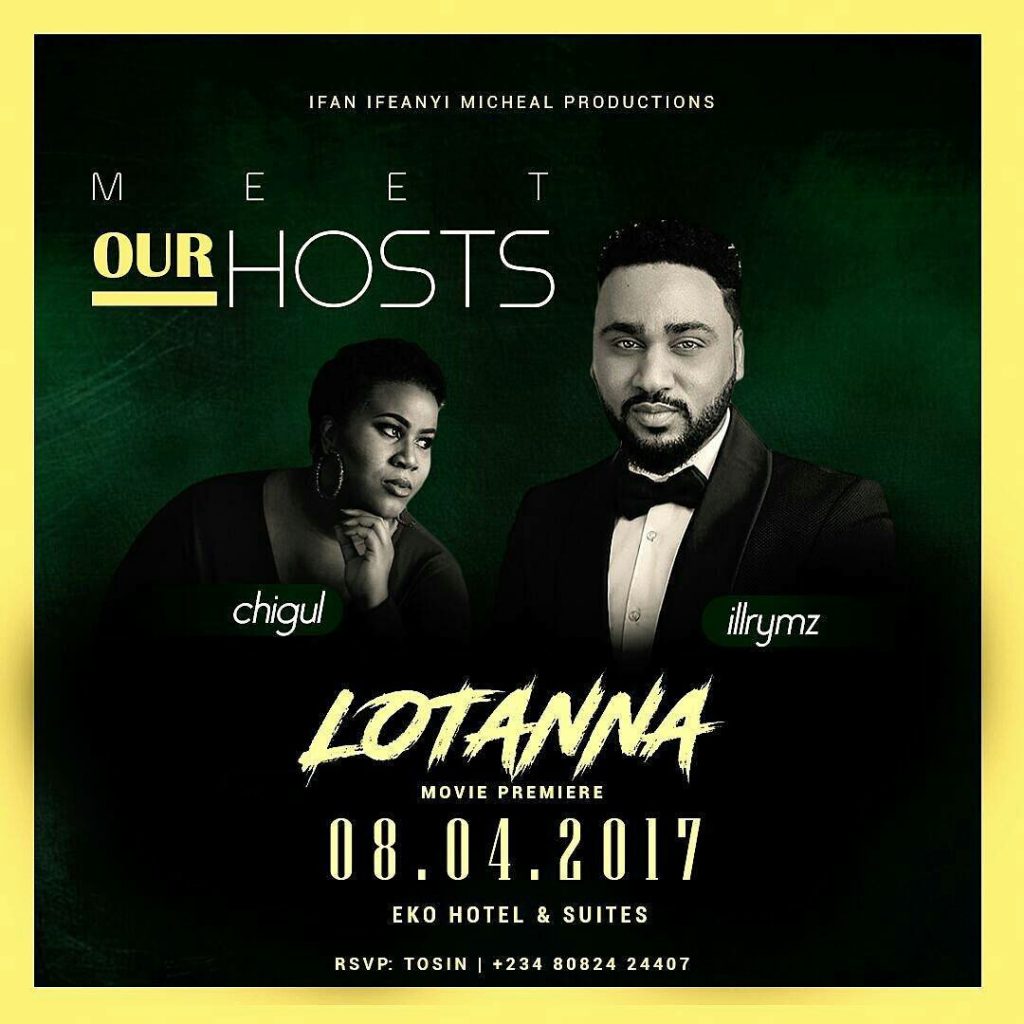 For three years, Lotanna (meaning “remember your father”) has been on the lips of movie lovers. The wait is over as the grand premiere and nationwide release is at hand. The film was produced by Ifan Ifeanyi Michael and written by Godson Ukaogbu.

According to Godson, “Lotanna was my classmate in secondary school… When the time came to write my first feature length movie, I turned to this name and story. At some point I couldn’t continue correcting the story as requested by the producers of the movie… Another writer continued to the final draft.”

The blockbuster was directed by George Sunom Kura (Tinsel – TV Series) and has been described as one of the most anticipated films this year. The theme song was performed by Naeto C and Praiz. It’s titled ‘Remember‘ and was produced by TY Mix.

Chigul Omeruah (Remember Me) and Illrymz will be hosts for the upcoming grand premiere on the 8th April, 2017, at the Eko Hotels & Suites, Lagos. Stars would grace the red carpet starting at 5pm. Tickets can be gotten for #10,000 at Nairabox using the link http://goo.gl/sR1Rhh .

The dress-code would be old school styles from the 70’s. Attendees also stand a chance to win outfits from the legendary designers – Mai Atafo and Lanre Da Silva Ajayi. There would be music performances by Ric Hasanni, Timi Dakolo, Seyi Shay, DJ Spinall, Godwin Strings, and the SOP Family.

Lotanna tells the story of a young boy who discovers at an early age that he has to offset a 20 million naira debt owed by his father to a mysterious Don Creflo. He thus (in the course of the movie) encounters trials and challenges that stand to either break him or make him. The film will be out in cinemas nationwide from the 14th April, 2017.

Watch the trailer below, plus the teaser with it’s interesting highlights.

Next Post 5 Stars that started off as TV Presenters