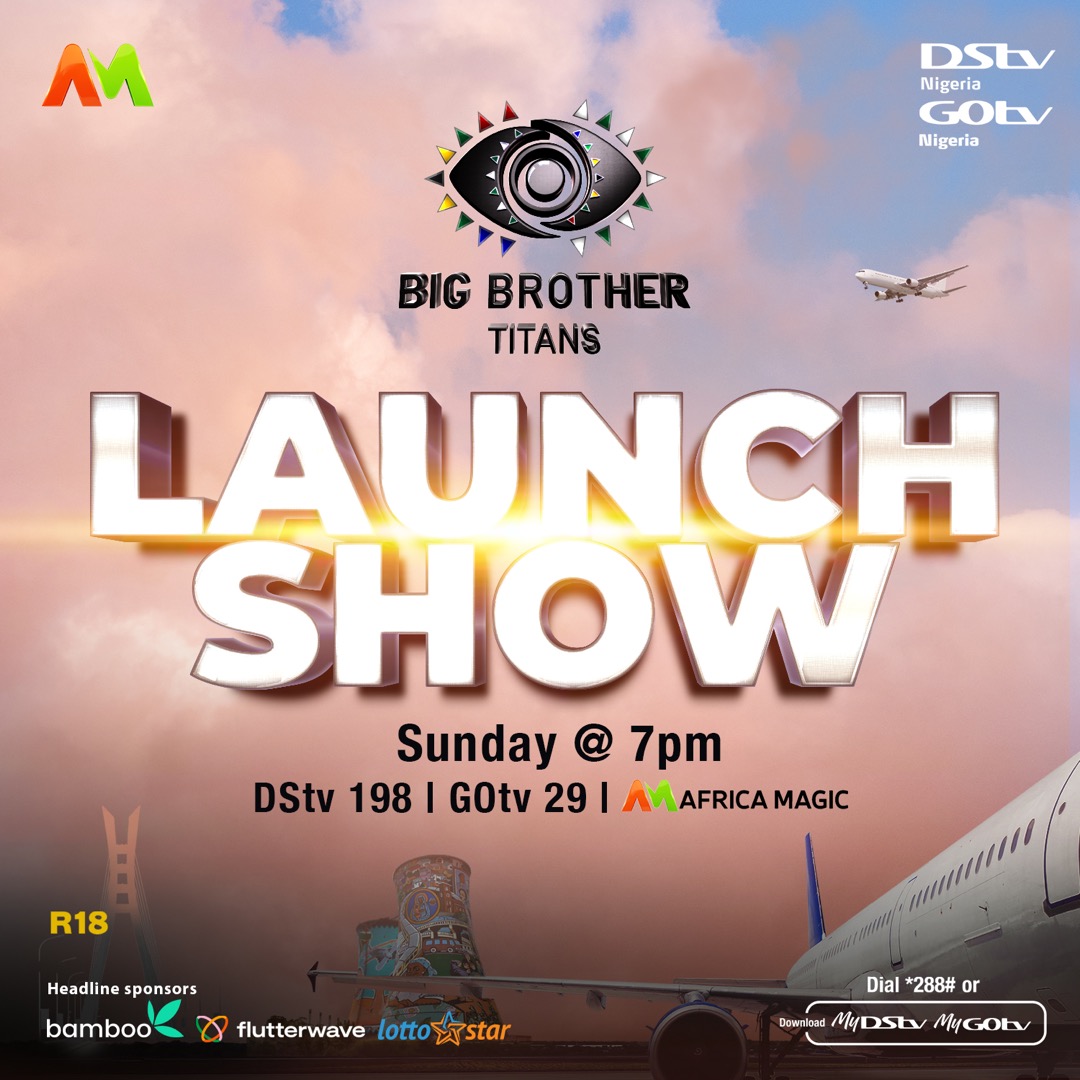 The countdown to the latest iteration of the Big Brother franchise in Africa has officially begun. Big Brother Titans, a first-of-its-kind on the continent, sees the coming together of youths from Africa’s most prominent nations, Nigeria and South Africa, in one house.

The show, which MultiChoice announced days before the end of the last season of BBNaija Level Up in September 2022, is now only a few days away. The show will begin airing across Nigeria on DStv channel 198 or GOtv channel 29 on January 15, 2023, starting with a launch show at 7 pm.

Fans will see long-time BBNaija host, Ebuka Obi-Uchendu, share the stage with someone else – BBMzansi host Lawrence Maleka, for 12 weeks. They will also meet a blend of housemates from different parts of Nigeria and South Africa. The premiere will air on Africa Magic channels at 7 pm. It will feature performances from both Nigerian and South-African acts.

BBTitan’s winner will walk away with a life-changing grand prize of $100,000 cash. Chief Executive Officer of MultiChoice Nigeria, John Ugbe, spoke about his excitement for the show’s commencement. He said, “BBTitans is a special edition of the widely loved Big Brother show that will have Nigerians and South Africans in one house. We can only imagine that there will be an explosion of entertainment and intense drama, unlike anything viewers have ever seen before. Imagine Afrobeats and Amapiano, the food, and everything else we’ll see in this edition. It promises an abundance of Nigerian and South African swag, banter, romance, and everything else. We believe this will be the most exciting Big Brother the planet has ever seen, and we are excited for the show to begin.”

As usual, the viewers on DStv and GOtv will be able to vote via their MyDStv and MyGOtv Apps to keep their favourite housemates on the show. Each viewer’s subscription package will determine the number of votes they can access in each voting cycle. The BBTitans winner will be decided by viewers’ votes across Africa after 12 weeks on the show. Big Brother Titans would also be available to stream on Showmax. Fans of BBNaija and BBMzansi in the United Kingdom, the Republic of Ireland, and 45 countries in Sub-Saharan Africa can follow the drama 24/7 on the streaming service.

Flutterwave, Bamboo and Lotto Star are sponsors of this BBTitans edition.

For more information about the show, visit www.dstv.com/africamagic/big-brother-titans.

Next Post This January on Africa Magic; New Seasons of Date My Family, Unmarried, and Lahira.