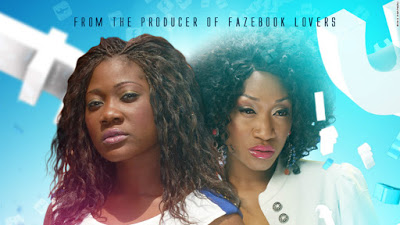 They used to be the preserve of informal home gatherings around old flickering TV sets, but Nollywood films have now gone global.
Movie streaming giant Netflix has dedicated an entire section to Nigeria’s mega film industry, so rather than having to buy a DVD, viewers around the world can now get their fix of Nigerian drama straight to their computer screens — Nollywood is notorious for churning out hundreds of movies per month, capturing viewers with stories ranging from romance and drama to comedy and witchcraft. 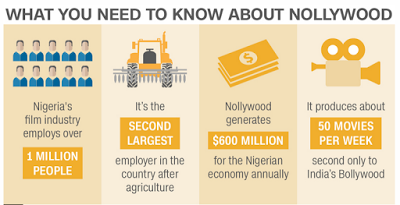 iROKOtv, a Nigerian online platform for on-demand films, already streams home-grown movies to the diaspora around the world, but with 25% of Nigerians predicted to access the internet via their mobile phone by 2018, the home market is expected to grow too.
Movie star power 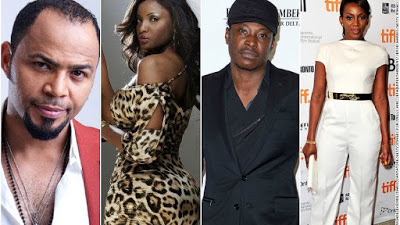 Nollywood’s biggest stars – Ramsey Nouah, Omotola Jalade-Ekeinde, Genevieve Nnaji and Jeta Amata.
Befitting the mammoth industry that Nollywood is, its glamorous movie stars are revered in the country as any Hollywood A-listers would be. Shown above are four of Nigerian film’s most recognizable faces.
Ramsey Nouah stumbled into the film industry almost by accident. He was looking for funds to cover his school fees when a friend suggested he tried acting. Some 25 years later, Nouah is today one of Nollywood most prolific stars.
Omotola Jalade-Ekeinde, heralded as the queen of Nollywood, has appeared in around 300 films since her debut in 1995. Her allure earned her the nickname of “Omosexy,” while two years ago she was named one of the top 100 influential people in the world by Time Magazine.
Jeta Amata comes from a family of Nollywood stars, so it was perhaps not surprising that he became one of Nigeria’s most prominent film directors. He is often praised for the high production values and strong narratives of his movies, and has worked with both Nollywood and Hollywood famous stars, including Mickey Rourke and Kim Basinger.
Genevieve Nnaji, dubbed the “Julia Roberts of Nollywood,” has been acting since the age of eight and has won the 2005 African Academy Movie Award for Best Actress.
High output, low profit 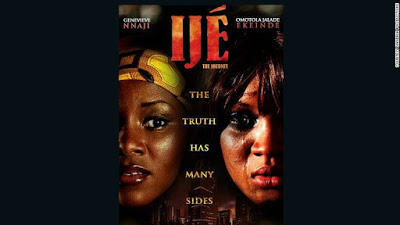 Poster for “Ijé: The Journey” Nollywood’s highest grossing film so far.
Nigeria’s film industry pumps out around 50 movies per week and is estimated to generate around $600 million annually for the country’s economy. With more than 1,200 films a year, it’s the world’s second biggest producer behind India. Nollywood is also Nigeria’s second biggest provider of work, employing directly or indirectly more than one million people, according to the United States International Trade Commission.
However, films are typically low-budget and revenues are small. One of the highest grossing Nollywood film so far is thought to be “Ije: The journey”, which generated $500,000 when it was released in 2010. It stars two of Nollywood’s biggest stars, Genevieve Nnaji and Omotola Jalade-Ekeinde as sisters fighting for justice.
Search of excellence 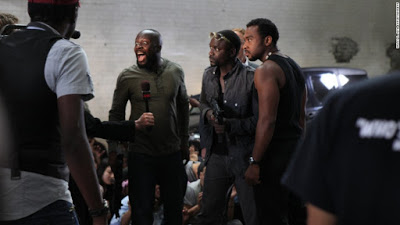 Musician Wyclef Jean and Akon on the set of Jeta Amata’s film “Black November.”
In recent years, a new wave of filmmakers who want to shake off Nollywood’s reputation for shoddy productions is emerging. Dubbed the New Nigeria cinema, these young professionals want to create a movie industry which can compete with Hollywood — not just in quantity but also quality.
Actor Wale Ojo, one of the biggest supporters of the movement, told CNN: “New Nigeria Cinema basically means an elevation of Nigerian film — high production values, good strong narratives, stories that capture the essence of who we are as Nigerians, as Africans.
“And it means also that these films can be shown at international film festivals anywhere in the world, from Toronto to Cannes to Venice.”
Read article here: http://edition.cnn.com/2015/07/10/africa/nollywood-mighty-economic-machine/index.html
No votes yet.
Please wait...
Voting is currently disabled, data maintenance in progress.