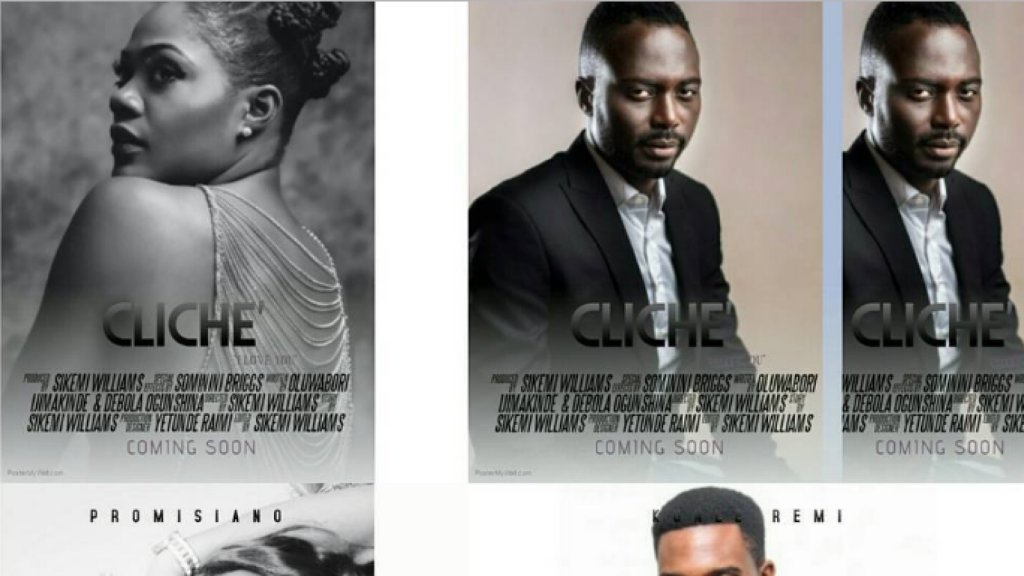 Cliché defines everything we watch in Sekemi Williams’s short film with the same title “Cliché”. Two friends on a girl’s night out meet a man John Smith (Bayo Alawiye). He immediately develops interest in one of them, Elizabeth Adams (Bayray Mcwizu). She is rude to him at first but when she forgets her phone and returns to get it, they start a conversation, later; they fall in love and get engaged.

Theirs is a beautiful love story until their wedding eve, we realise that everything is not what it seems to be. They both cheat on each other a night to their wedding. She cheats with the Bartender (Kunle Remi) at the bar where they first met, and he cheats with her best friend.

“Cliché” is a smooth film. Short films shouldn’t be complicated, they have a time frame to make a point and Çliche” does just that. The director keeps in mind that he is not making a short film because he has to; he knows entertainment is a critical factor and so we get a straight forward story that is highly enjoyable. It is reflective of many things we see but don’t understand in our society. Elizabeth’s friends for example sit with rapt attention when she shares details of her relationship with John. From their look, many aspire to be like her, they aspire to have a perfect love story. Unfortunately Elizabeth’s story is not perfect at all. We don’t have an answer to why they both decide to get married especially because they are both unfaithful but it is the way life is and the way people behave.

The actors do justice to a good script. Bayray is so comfortable on screen; it is not only in “Çliche” but in every film she features in. Watching her never feels like watching a movie, she is a consummate professional that deserves more accolades. She is a natural and that is why it is always a delight to watch her. Bayo Alawiye (the same Wole in “Rumour Has It”) reprises his role as the philandering yet humble looking boyfriend here. From the beginning to the end, the director pays attention to each character because they contribute effectively to the whole story and so in the first scene when he focuses the camera on the Bartender it is for a reason.

Worthy of praise is the attention paid to details and the technical aspects of this film. It is a delight watching “Cliché”. The images are crisp, clear and intriguing and the sound is just great. I would like to watch a full film with a similar story and hopefully, the same cast. I love a short film that makes the effort and “Cliché” does.

Xplore rates Cliché with an 8/10