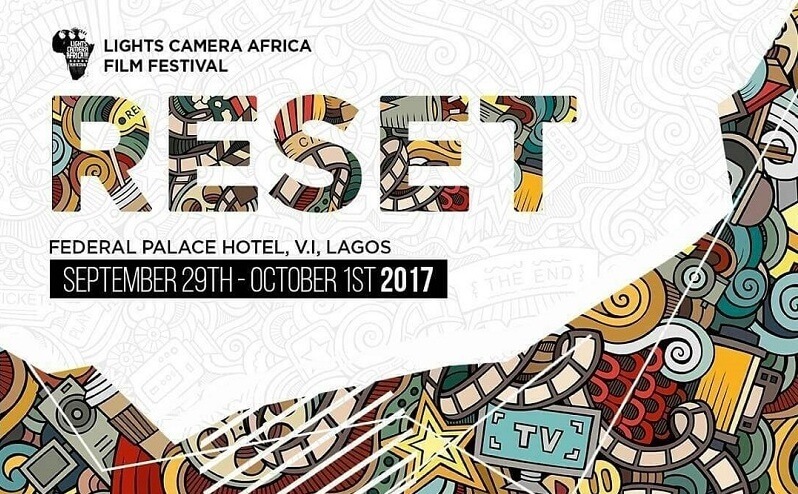 With the promise of some of the best independent African film projects and a special communal energy, Lights Camera Africa!!! gears up for it’s 7th edition. The film festival, aptly themed ‘Reset’, will hold from September 29 to October 1st at the Federal Palace Hotel, Victoria Island, Lagos.

The line up of eight films will feature three from Nigeria and one each from Libya, Canada, Mali/Portugal, Madagascar and Rwanda. The festival will bring to its audience a reflective presentation of films that it hopes will support a common contemplation on opportunities for a ‘reset’ of the weakening world order.

In a statement, Ugoma Adegoke, the festival director said, “For the seventh edition this year, we are bringing to our audiences a strong programme that recognizes trending issues and discussions in the public sphere, through which we believe the festival will highlight and encourage mutually respectful and logical conversations. In addition, we are using this opportunity to celebrate and continue all our enduring partnerships, especially with the African Film Festival, New York.”

The cultural fiesta will showcase a diverse range of African and independent cinema, the popular Festival Marketplace, visual art, live music, and more. It will also host a variety of workshops, seminars, and talks that offer learning opportunities for film makers and consumers.

Check out the synopsis of the films set for the festival: 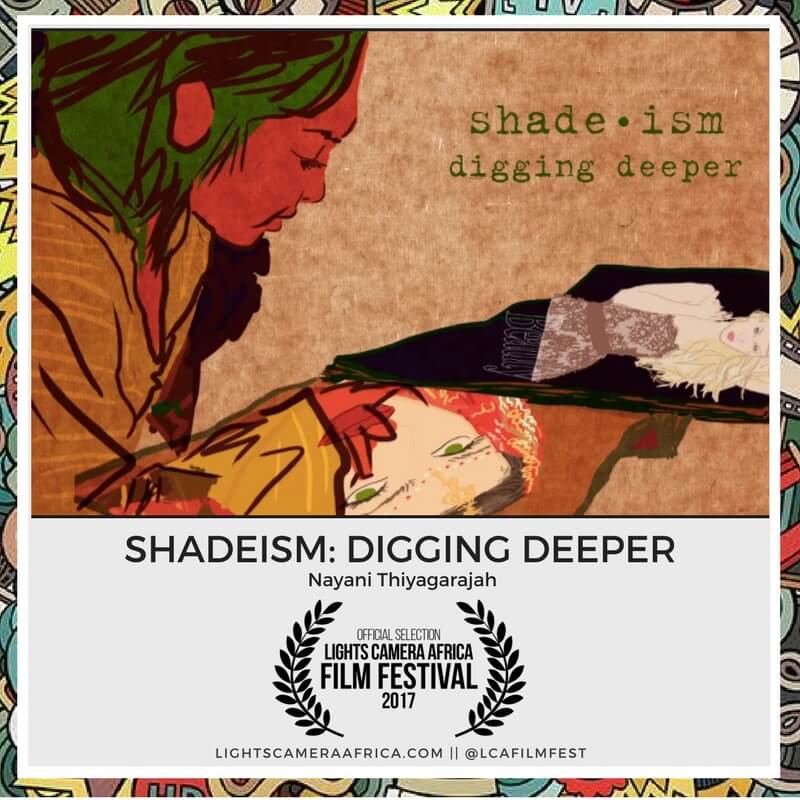 Director: Nayani Thiyagarajah
Country: Canada
Shadeism: Digging Deeper explores the issue of shade-ism, the discrimination between lighter-skinned and darker-skinned members of the same community. This issue around skin tone, of certain shades being considered better than others, was never missing from conversation while growing up for Director Nayani Thiyagarajah. She was able to feel its presence in conversations among family and friends, but she did not have the language to name it. And so, it became easier to ignore its presence, suppress its signs, and normalize its existence. But in 2009, a conversation with her niece Maanu forced Nayani to face the fact that we cannot continue to ignore this issue. Silence will not save anyone from suffering. Alongside her friends and family, Nayani begins to recover and re-imagine what beauty means for women globally. This film looks at where shadeism comes from, how it directly affects women, and explores how we can move forward together. 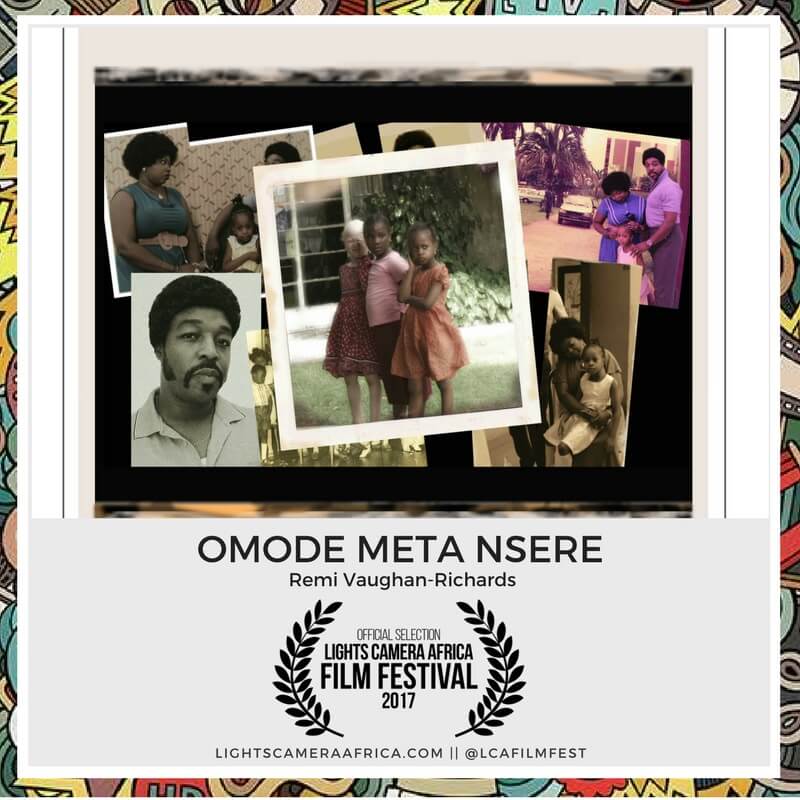 Director: Remi Vaughan-Richards
Country: Nigeria
Omode Meta Nsere is a short film set in the 70’s about three 9 year old girls – Simi, Mina and Risola. Their creative wings are clipped by their mothers who are to scared to let their childrens’ creativity free. “Some day when we grow up, we will find wind and we will be free to fly,” they said to themselves and kept their wings. The short film is inspired by Peju’s novel “Flying Girls” which is also in development as a feature film. 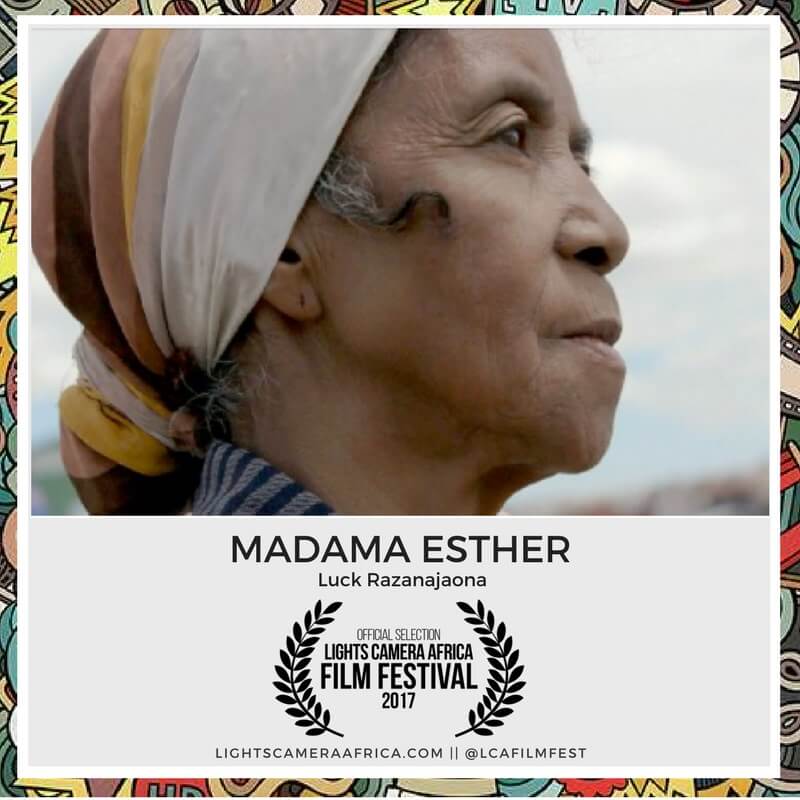 Director: Luck Razanajaona
Country: Madagascar
Madama Esther, a cleaning lady in her fifties, has just lost her job. As she cannot keep her promise to take her grandson to the sea, she accepts an offer to host illegal cockfights in her backyard – a world filled with angels and crooks in equal measure.

An Opera Of The World 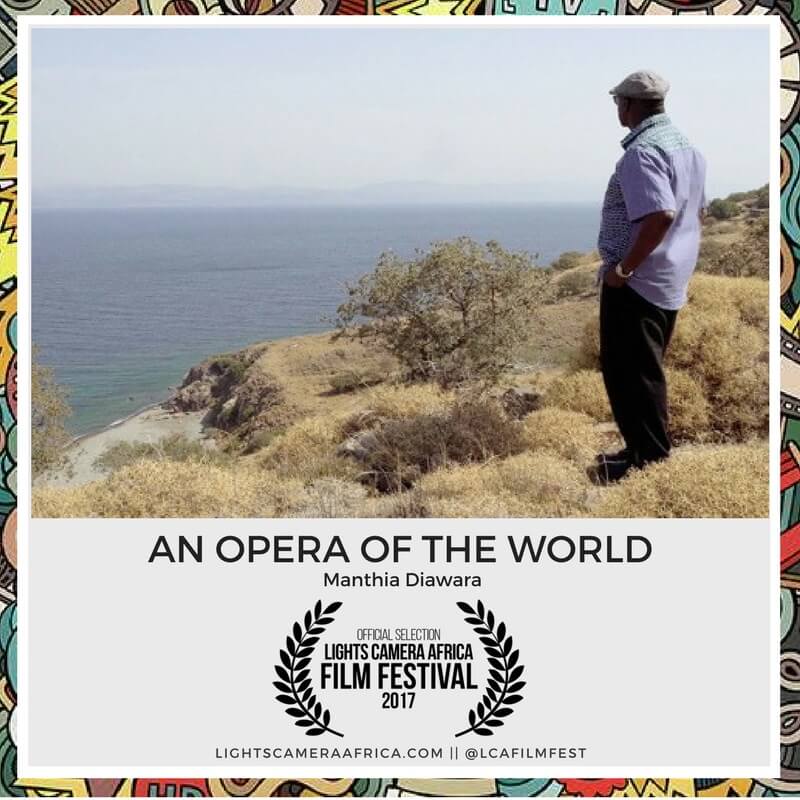 Director: Manthia Diawara
Country: Mali, Portugal
In 2007, Bintou Were, a Sahel Opera was commissioned by the Prince Claus Fund for Culture and premiered in Bamako, Mali. It is an operatic rendition of the story of a young woman named Bintou Were, and depicts “young people in a village with no job prospects, drought, a failing harvest and a human smuggler who offers them the dream of a better life across the barbed wire that marks the border of North Africa and the Spanish enclave of Melilla” (see the Libretto by Koulsy Lamko). In An Opera of the World, Malian filmmaker Manthia Diawara reflects upon the refugee crisis and the relationship between Europe and Africa. The film revolves around a performance of Bintou Were, a Sahel Opera in Bamako, around which Diawara builds a story about migration, interweaving interviews with documentary and archival footage.

Akatakpo!!! The Legend of Tony Odili 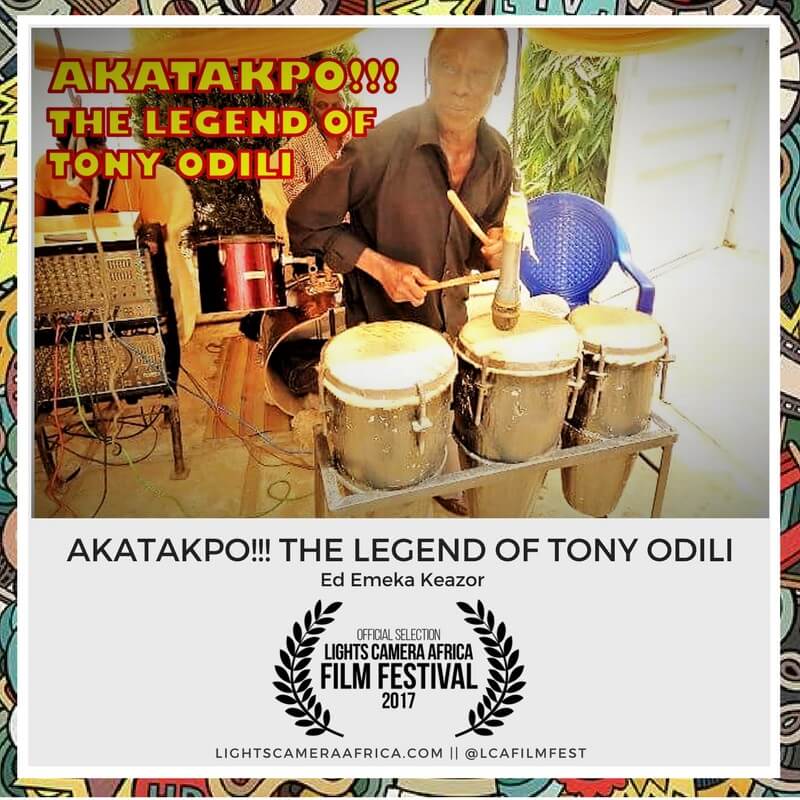 Director: Emeka Keazor
Country: Nigeria
Few men in the present time embody the true journey of modern Nigerian Music than the legendary percussionist Chief Tony Odili. In a career spanning 70 years, Odili’s virtuoso skills have seen his work featured in the recordings of some of Nigeria’s greatest High-life Musicians, such as Bobby Benson (1949-1957), Victor Olaiya (1958-1961) and most famously Cardinal Rex Lawson (1963-1971). Prince David Bull and the Professional Seagulls (1971-1974), to name but a few. This documentary features a deeply personal conversation with the 89-year old legend of African Music, in which he reminisces on his awe-inspiring journey through Nigerian Music History. It also features rare performance footage and a bouquet of the evergreen sounds that formed the soundtrack to his life-story. 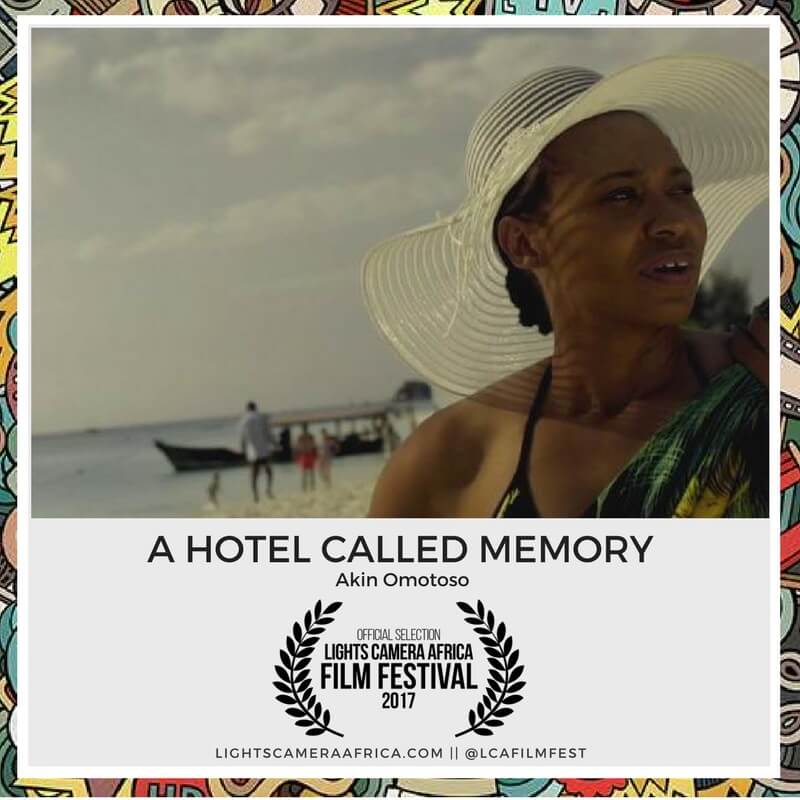 Director: Akin Omotoso
Country: Nigeria
A Hotel Called Memory is a tone poem set in Lagos, Zanzibar, and Cape Town. Lola, recently separated from her husband in Lagos, seeks solace in Zanzibar, hoping to forget the past and move on with her life. It turns out easier said than done.

A Place For Myself 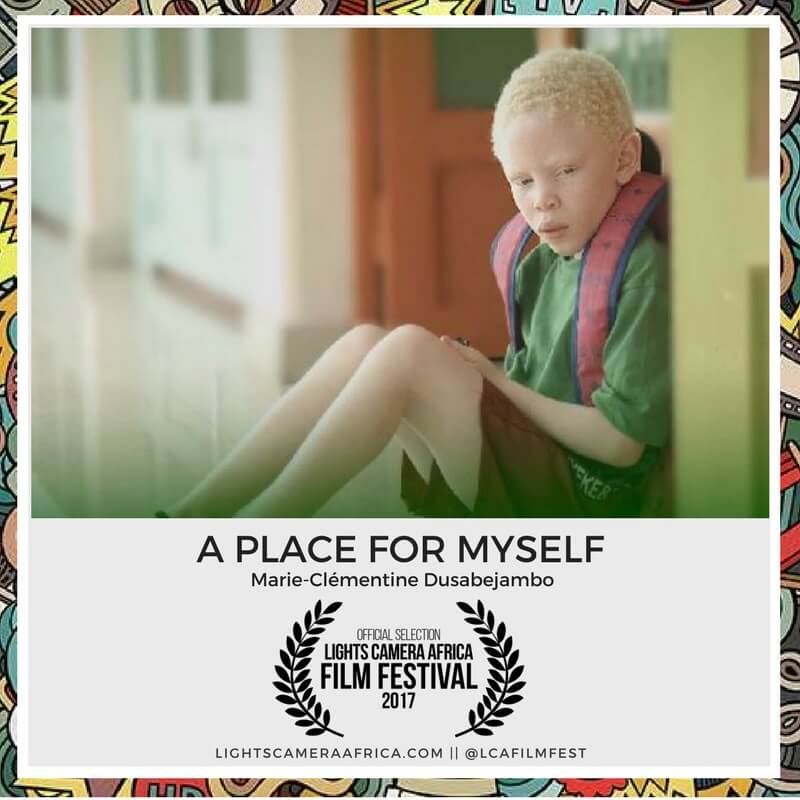 Director: Marie-Clémentine Dusabejambo
Country: Rwanda
At a casual elementary school comes a five year old albino girl, Elikia. Due to her skin color her classmates make her realize that her being ‘different’ is more a problem than a special trait. While the neighborhood treats her as a stereotype, her mother encourages her. Together, they fight back and raise their voice to find a place for themselves. 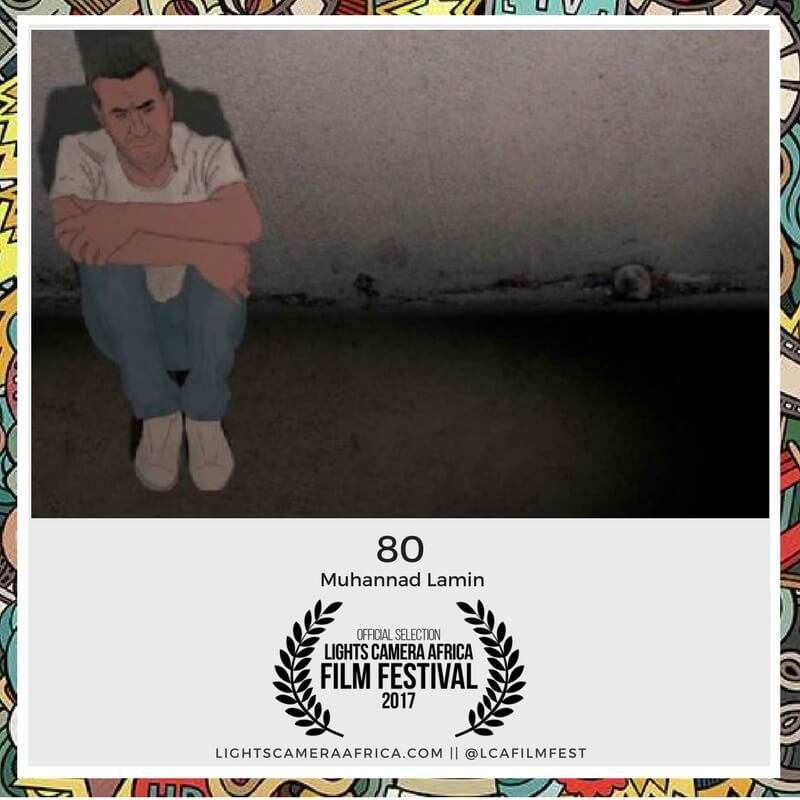 Director: Muhannad Lamin
Country: Libya
80 follows a man on the two most important days of his life: the day he gets caught and imprisoned and the day he escapes. The director, Muhannad Lamin, has worked with BBC Media Action, writing scripts for short films and was the editor at the Scottish Documentary Institute, producing a film called Benghazi Stories.

The festival is free to attend but interested participants may register here.

Next Post #NTA: Watch Stan Nze And Kelechi Udegbe In Daniel Oriahi’s ‘For My Girls’