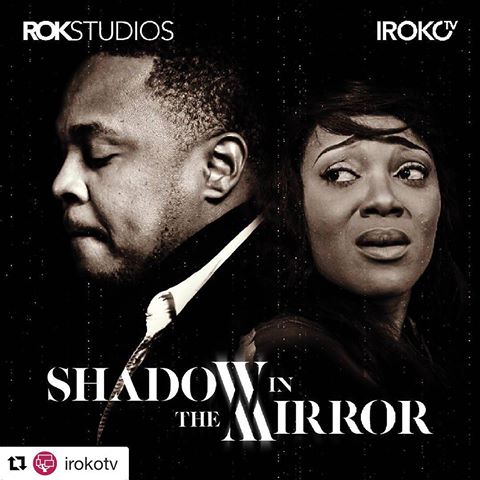 An Az-Don Productions, this film follows the life of Jason (Femi Jacobs) and his quest to find a woman with whom he’d live and love. Every female guest (Mimi Orjeikwe and Vanessa Okeke) had suddenly taken flight during or after lovemaking. They’d seen a ghost coming at them (Susan Zayat), one that Jason himself couldn’t see. Well, Jason finally believed them and moved out. He found Cassie (Peggy Ovire) in a supermarket, trailed her home, and successfully married her.

Cassie had just been through a bitter relationship so Peggy Ovire’s initial disdain for Femi Jacobs (Moth to a Flame – 2016) was well played. But in a passionate yours sincerely speech, Jenifer (Nsikan Isaac) successfully cajoles her to give the complete stranger a chance.

The courtship and consequential wedding were skipped – no family members, no priests, no motorcade. It’s on the wedding night we find Peggy Ovire (Husbands of Lagos – TV Series) looking amazing in a bridal dress. Femi Jacobs on the other hand, could have looked better. Scenes where they hugged or kissed, should have been “cut!” quickly. as they dragged on for too long, for no reason.

I was unsatisfied with the casting too, as all the actresses Femi Jacobs got paired with were taller than him. The only petite match was his pet ghost that haunted her rivals. A memory throwback saw him chasing this social-media visitor around his living room.

Writer and filmmaker – Tissy Nnachi (Morning After Dark, Beautiful Monster) plays Pastor James and I saw no need for his tight clothes, nor even his character in the film. Special effects (zooming the ghost in and out) and stunts (Jason’s driving off the road) were an appalling embarrassment.

Shadow in the Mirror feels like a quote turned into a book, or a tweet into a documentary. This terrible drag is rated a whopping 4/10 for its non-disturbing and easygoing soundtrack.

This terrible drag is rated a whopping 4/10 for its non-disturbing and easygoing soundtrack.

Next Post 10 Things You Should Know About Big Brother Naija