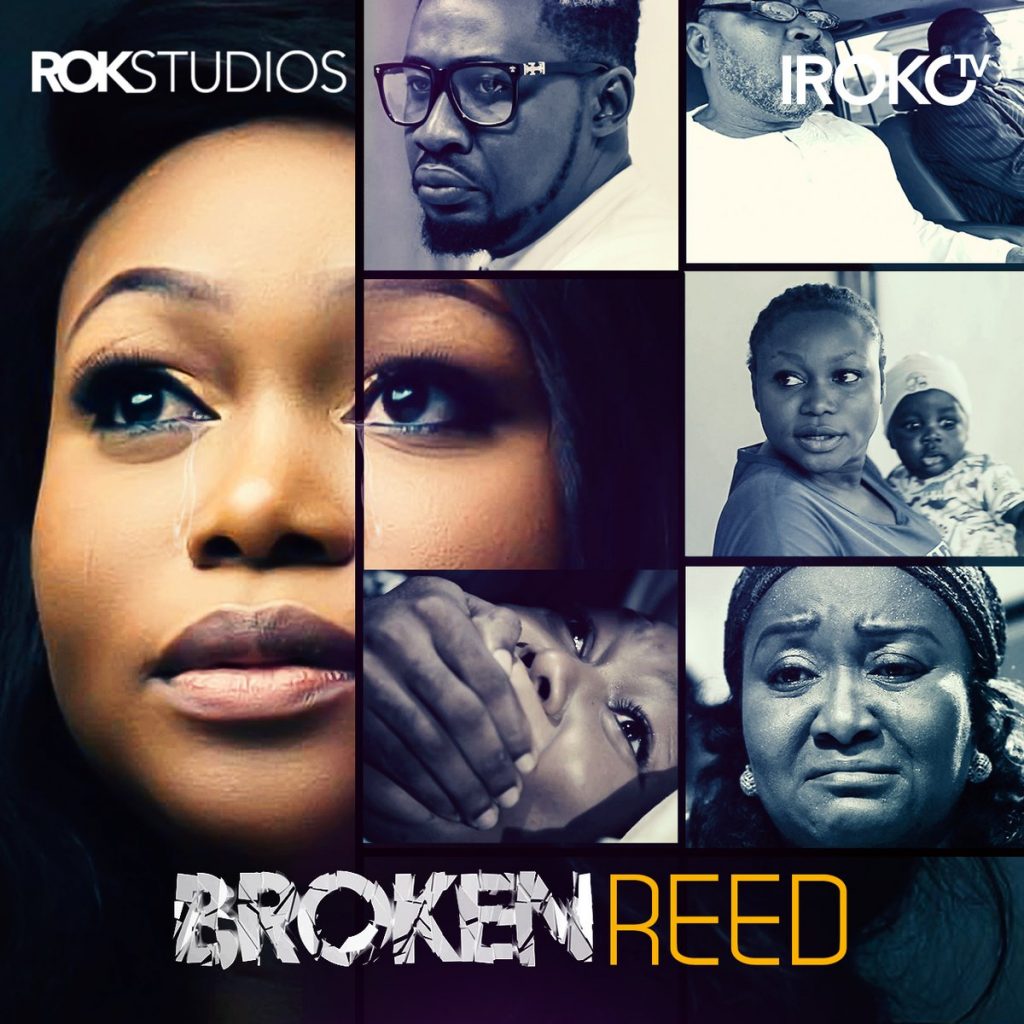 The topic of rape is a very important and sensitive one, especially when there is an attempt to explore it on film. It should be done with ultimate care. Some films get it right, others not so much and Broken Reed tries to start a conversation on the sensitive issue of rape but it does not succeed.

John (Daniel K. Daniel) is a Youth Corp Member who has just been posted to a hospital for his service year. He is a graduate of Medical Laboratory Science. He returns to share the news with his mother but something else ends up taking their attention- his mother’s (Ebele Okaro) constant coughing, diarrhoea and loss of appetite. When things get very serious, he convinces her to visit his hospital for a test and when she does, he finds out that his mother has full blown AIDS. It causes confusion for him; he is unable to tell her but when he resolves to share the news with her it leads to a bigger revelation.

As a young girl, his mother Ogechi (played by Ruth Kadiri in her teens) is raped while visiting a family friend’s house, she ends up pregnant and weeks later she loses her mother and willingly becomes a prostitute to survive. She contracts AIDS from the business. Coincidentally, years later her rapists have an accident and they end up in the hospital where her son is serving. The son conducts a test on the patient and proceeds to carry out a DNA because he shares the same birth mark with one of the patients. After that everything is alright, they forgive each other and father rewards his long lost son with the position of a Chief Executive Officer, which means he forfeits his medical certificate to serve his father.

Such a long synopsis but that is what is wrong with this film. At first it starts with a definite purpose but it never grows from the idea stage. It is stuck there. The story gives hint on several things but it develops on none. First of all before Ogechi is raped, she has a crush on her rapist Tega but her admiration for him never goes away even after the rape. When her son tells her that her rapist is at the hospital, she is concerned about how he is doing. I don’t expect her to hold a grudge for 24 years but I expect anger at the mention of her rapist and not concern or excitement.

I expected this story to be more about a woman struggling after the loss of her primary care giver and provider rather than happily jumping into the business of prostitution. Nobody suggests prostitution to her, she decides on prostitution because the people that have decided to take her in have taken the job of prostitution as a way of life. The story demeans women and does not give anything hopeful. It is a film that was made for a purpose with no definite purpose.

At the end of it all Ogechi ends up dead when her son is being celebrated as the Chief Executive Officer. It makes me question the script writers’ intention. Ogechi as a woman has no purpose, she was part of the story to show a struggle. A struggle that was not necessary because we don’t understand its point at the end of the day. She came, got raped, became a prostitute, reconciled with her rapist and at the end of it all her fulfillment was seeing her son get a top position after which she dies.

A lot of things are wrong with the story in this production, which the writer and the director could have made into a better story out of the premise but they don’t.

Xplore rates Broken Reed with a 3/10