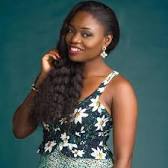 Bisola Aiyeola is a star! Despite not winning the Big Brother competition, we trust she will have more than N25 Million in her account before the year runs out. Deals are already pulling in, from Kemi Adetiba indicating an interest in the star, to a possible feature on Jenifa Diaries with Funke Akindele, she will also be featuring in AY’s next movie.  She is working herself to becoming the next major film star and we cannot wait to experience the growth of her career in the years to come.

The star has showed Africa what she is capable of. For some of us, we already watched her before she got into the house, if you are an iRoko TV fan, you should have seen a film or two with the star.

We bring you a countdown of our best films featuring the BBN runner-up.

1. Skinny Girl in Transit: She plays Tiwa’s right hand girl in Skinny girl in Transit. She is the sharp tongued, best-friend-we-all-wish for. The exceptional scene where she calls Tiwa a man bank is perhaps her best scene, it is unforgettable. When she first got into the BBN house, most of her supporters were dedicated Skinny Girl in Transit fans, and while she was in the Big Brother house, new episodes were released; she was a famous housemate due to her involvement with the series.

2. Ovy’s Voice: Bisola plays the character of Ovy in this one. She is mute and a victim of child abuse. It is the child-abuse that forces her to be mute. Ovy’s character is incredibly inspiring. We first meet her as a mute but despite this; it does not stop her from having her own business. She owns a makeup studio where she attends to high profile clients. She falls in love with one of her client’s son and it is where we find out that she is has been mute due to her father sexually abusing her at her young age. Worse is her mother’s silence despite knowing of the abuse. Bisola is impressive in this one. To play a mute is no child’s play.

3. Ben Quick: She is Dorothy in Ben Quick and opposite Alex Ekubo, she plays a fearless, and investigative daughter of a high profile chief who is a suspect in a police investigation. Her father owns a pharmaceutical, and when the police start investigating his company, someone in the office is willing to plot dirt on her father. It is why her father employs Ben; she falls in love with Ben. Ben Quick It is a normal, yet interesting love story.

4. Love Lost: She plays an ex-girlfriend/baby mama trying to mend her relationship with her ex-boyfriend (Anthony Monjaro). They have a child together, and there is pressure from her mother to get them reconciled. Bisola’s role is very brief but still impressive.

We are expecting so much from Bisola and we cannot wait to see what she does with her new found fame. We will like to also see how her role evolves in Skinny Girl in Transit 4

Previous Post Samuel Ajibola is Funny, Witty and all shades of smart in “Dele Issues”

Next Post Movie Review: ‘Timeless’ proves Love can be found at any age