With the celebration of Easter behind us, there was an influx of activities that probably got people confused as to what and where will be jiving during the long holiday. I had my fair share of party hoping, but for the sake of XplorenolIywood, I will focus on a particular theatre production. With the loads that took place during the long weekend, I chose BELONG for one singular fact that, it had Taiwo Ajayi-Lycett in its cast. 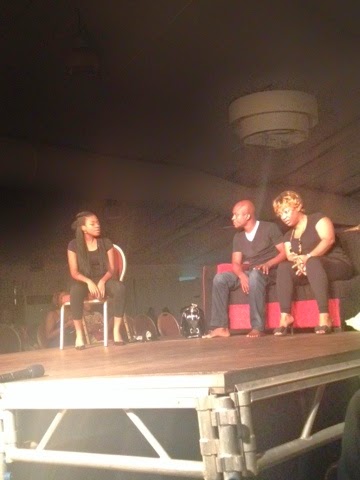 This satire from a relatively unknown crew “Live Theatre on Sunday” was written by Bola Agbaje and directed by Tosan Ugbeye. The drama starts out in London with Kayode played by Toyin Oshinnaike and his wife Rita portrayed by Dolapo Oni. The couple is at a low point after moody Kayode has failed in his attempts to achieve election to Parliament after an embarrassing social media exchange. Toyin Oshinaike who isn’t a complete stranger to acting having appeared in a couple of nollywood movies as well as some soap operas, wasn’t too shabby as a Nigerian/London based politician trying to make ends meet. His wife played by Dolapo, also wasn’t as bad. Her ill-mannered attitude and total lack of respect for her husband’s family oozed clearly and she never mixed her words in sharing her thoughts. It was good to see a new and young face embracing the stage culture which I believe didn’t come easy. 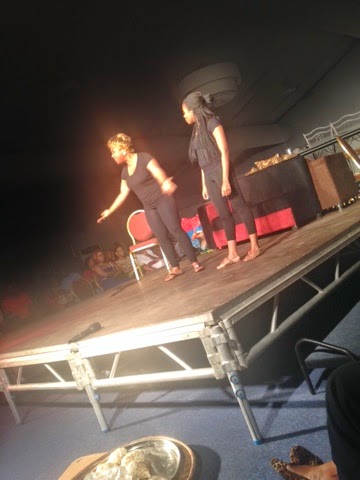 As if the depression wasn’t enough for a man who has sacrificed his career to a misguided allegation about racism of his equally Black political opponent, enter Kayode’s sister Fola, played by the veteran actress Bimbo Akintola. Saying I miss seeing Miss Akintola on screen or stage would be an overstatement. She handled her role with such passion and dexterity. As the bossy and truly overriding sister and sister-in-law meant to convince her brother and sister-in-law to return to Nigeria, she took on her role with the kind of fearsome relish that makes refusal seem impossible. 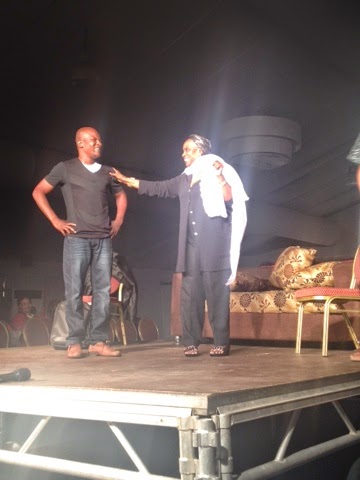 On Kayode’s return to Nigeria for a reflective break and to see his Mother portrayed by the delectable Taiwo Ajayi-Lycett, Mama had adopted a former “area boy” Kunle played by OC Ukeje and is trying to make him the village councilor with a brief to change the way things are done and fight corruption.

Before this production, all I remember of Miss Lycett was her role as the pregnant black woman in the British Comedy series“Some Mother’s Do Have Them.” It was truly nostalgic to see her on the stage. Her carriage, diction (another pronunciation bout) was a sight to behold and like I mentioned in the beginning, she was the only live wire that brought me to this production. 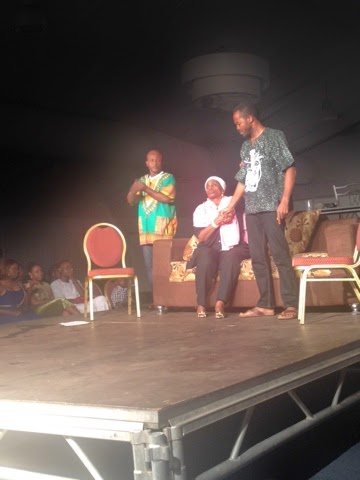 OC also pulled his weight in this production, playing a former area boy, a Yoruba one at that wasn’t as easy as it looks. His passion, his stubborn disposition and his attitude reeked of some growth and hopefully bigger and better performances for the future. 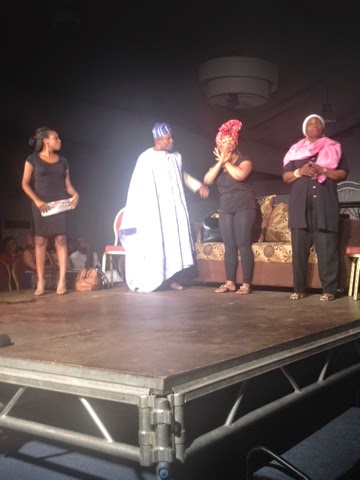 Although production was obviously tight, as there was a lack of almost everything, I do however hand it to the team for their doggedness and zeal, to be able to assemble this stellar cast with next to nothing in terms of remuneration must have been a tough feat but they managed to pulled it off and I hope to see many more productions from them in the year to come.

In terms of acting and performance “Belong” gets a 5.5/10 from Xplore.

Previous Post The 2014 AMVCA, “What Rocked” and “What Sucked”