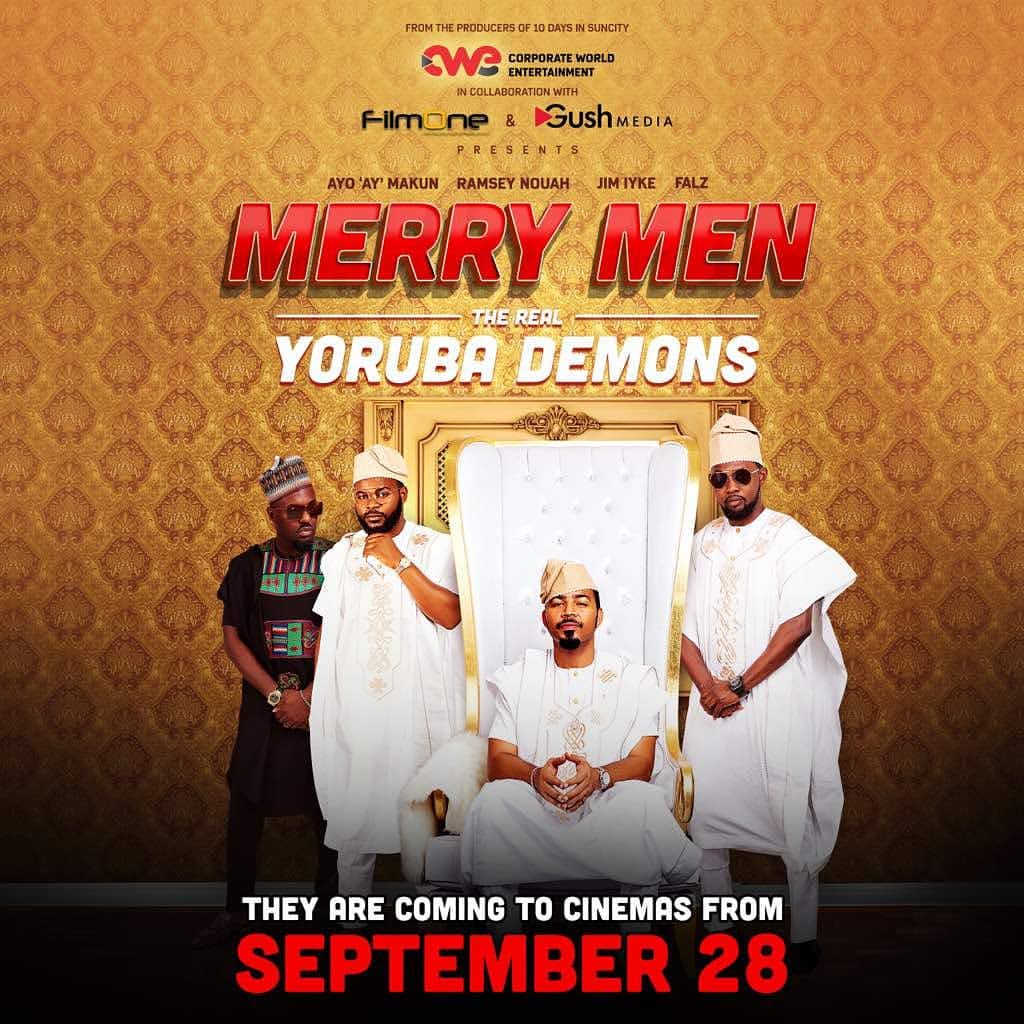 AY Makun’s last feature was “10 Days in Suncity”, released in 2017. Since then, the producer has announced that his new project will surprise fans. A few photos were released from the film’s set while they were shooting and now AY has announced an official release date.

MERRY MEN- The Real Yoruba Demons is a heist film. This is contrary to reports that it will focus on relationship squabble between men and women. The full synopsis has not been released but it is expected to make a debut  on September 28. The film features AY Makun, Ramsey Nouah, Jim Iyke, Falz the Bahd Guy, Lilian Esoro, Damilola Adegbite, Nancy Isime, Ireti Doyle, Ushbebe, Fathia Balogun and many others.