Nollywood filmmaker, producer and director, Lancelot Odua Imasuen (Invasion 1897) sees the official release of another blockbuster comedy film, ATM (Authentic Tentative Marriage) across all FilmHouse cinemas today. According to him “ATM promises to surpass all expectations of a typical Nollywood movie with a good story line, theme, and characters. Claire Edun also known as “Oyinbo Princess” clearly and undoubtedly excelled in her first movie appearance in Nigeria”. 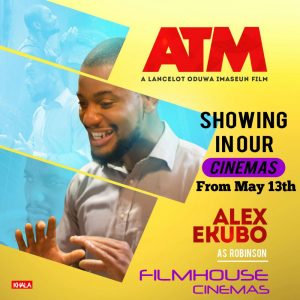 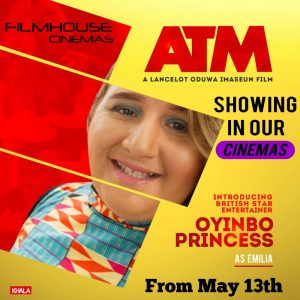 The movie which is described as a romantic comedy features top Nollywood stars such as Alexx Ekubo (Entreat – 2016), Francis Odega (Osuofia in London – 2003, Gerrarra Here Mehn) and Yvonne Jegede (Fusion – 2016). The movie premiered on the 6th May and has been dubbed the most hilarious movie of 2016. Top media houses such as FilmOne and Filmhouse, BBC, NTA, Channels, Silverbird TV, African Magic Jara, AMC, Vanguard, Galaxy TV and many others have their weight behind this movie. 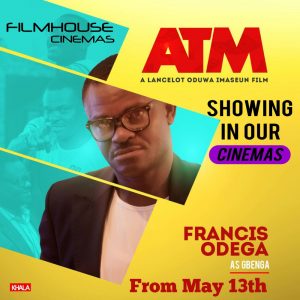 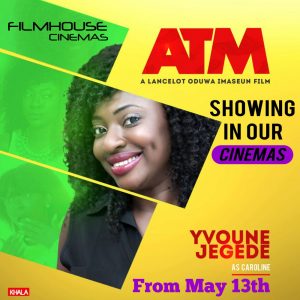 Synopsis:
A young man in his late 20s believes the only way he can succeed is to travel overseas, and an easy way out is surfing through the internet for an online date. Luck smiles on him as he hooks up with a white prospective lady and starts financial extortion in the pretense of preparing marital rites.

Claire Edun, popularly known as the “Oyinbo Princess” is a former air hostess from Winchester in Southern England and speaks our popular “pidgin english” very fluently. The former member of the Royal Theatre of Dance and Drama Association also takes pride in showing off her amala and fufu eating skills.