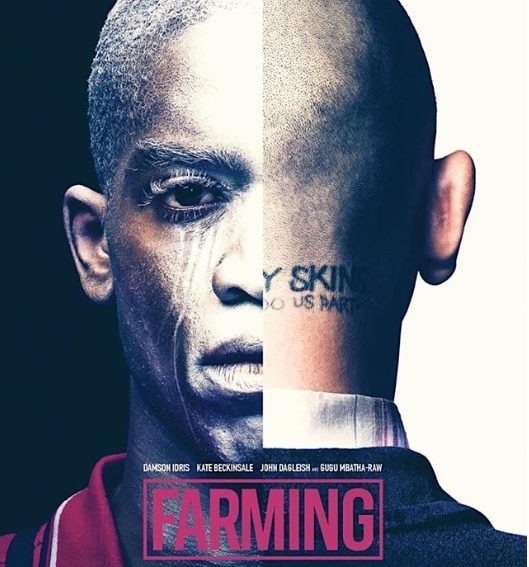 Adewale Agbaje has released the film poster for the biopic “Farming”, after its TIFF premiere on the 8th of September. The film chronicles the director’s life and upbringing and was developed through the Sundance Film Project.

Based on Adewale’s childhood, “Farming” tells story of a young Nigerian boy, ‘farmed out’ by his parents to a white British family in the hope of a better future. Instead, he becomes the feared leader of a white skinhead gang.

Damson Idris plays the young Nigerian boy, Enitan, Kate Beckinsale plays the white foster mother Ingrid, while Mbatha-Raw plays a kind teacher who offers Enitan a chance at redemption. Genevieve Nnaji’s role is not yet confirmed but the actress is featured.

Agbaje took to his Instagram to put up the poster with the caption, ”FARMING”.

Previous Post XploreReviews: Seven and A Half Dates A Feel Good Movie.