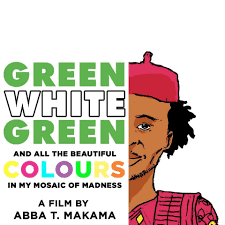 Great news for filmmaker Abba T. Makama. His film, Green White Green has been catalogued at  the Harvard University Student Library. Abba’s “Green White Green” was one of the 8 Nollywood films to screen at the Toronto International Film Festival and after that, the filmmaker struggled without success to see that cinema exhibitors showed the film to the Nigerian audience.

The 2016 comedy is heavy for its symbolism of national unity of the major ethnic groups. “Green White Green” is a coming-of-age story that follows three young artists who hang out and search for direction in their lives, all in the stagnant months leading up to the beginning of their university studies.

At the Harvard University Student Library, the movie will be used for student research on Nigerian culture and Nollywood. Starring Ifeanyi Dike Jr  (who is currently pursuing a masters degree in acting at UCLA), Samuel Robinson and Omoye Uzamere, Green White Green is still available for streaming on Netflix.