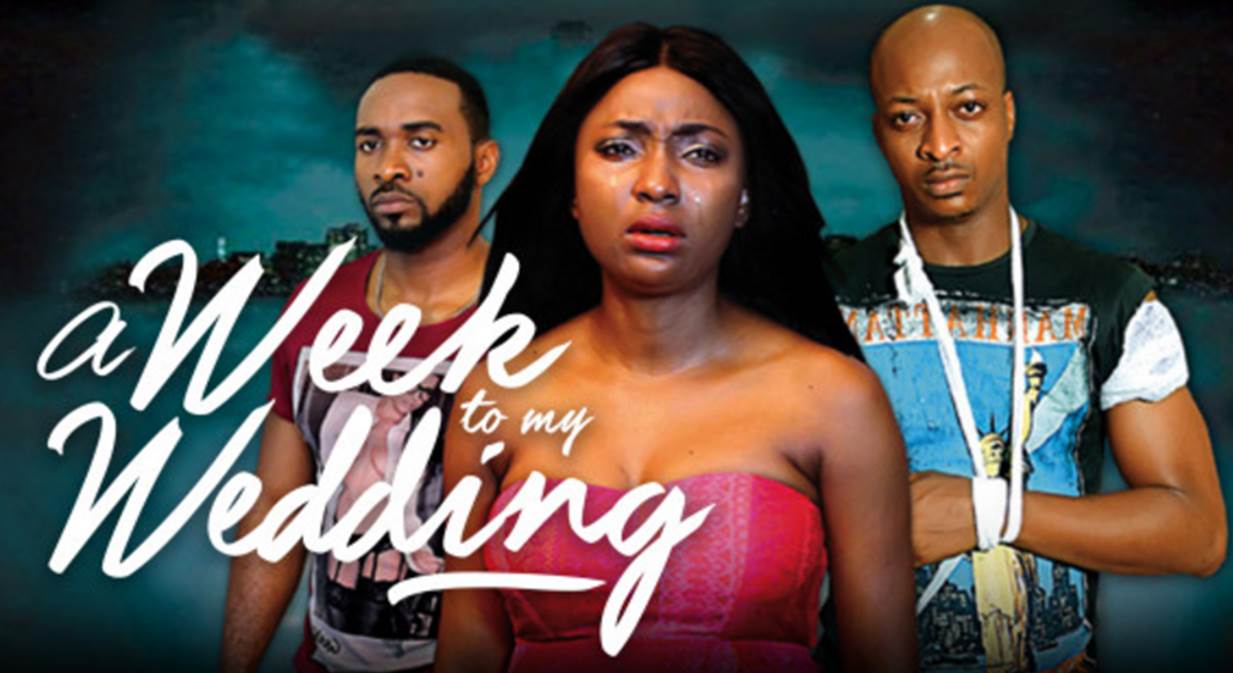 “A Week to My Wedding,” tells of an unemployed lady, who desperately seeking employment, is overjoyed to finally be given a job. The position, however, comes with a condition that she loathes to accept. Belinda Effah, Africa Movie Academy Awards’ Most Promising Act (2013), plays the role of “Lilian” the job seeker and while she does her best to depict the challenges unemployed ladies face with promiscuous office executives and irritable landlords, she also paints a perfect picture of a scheming fiancé heartless enough to get blood on her hands when she gets caught cheating on her spouse.

Uzor Arukwe perfectly played his role as “Alex”. His lines were natural and on point. His attraction to Lilian was convincingly sincere and his anger at his friend’s gullibility was intensely visible enough. IK Ogbonna’s total breakdown towards the end of the movie was passionate, but he was too quick to forgive his best friend for shooting him. 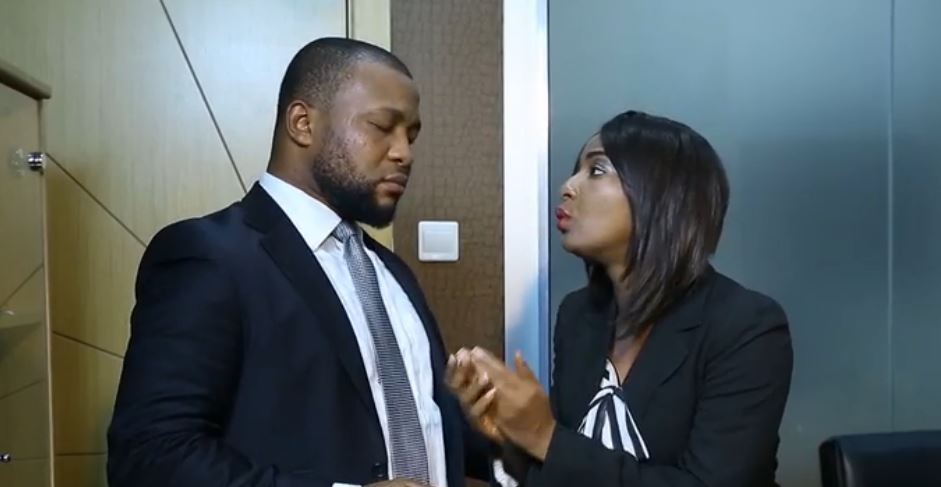 The script editing by Tissy Nnachi (Apaye: A Mother’s Love), leaves much to be desired and questioned. A bank customer wouldn’t walk into  manager’s office without knocking simply because he had to reactivate a dormant card. Besides, where did all the members of staff suddenly disappeared to? It’s also unrealistic for the manager to have been lost in the throes of such a shenanigan to forget that his door was not locked!

The costumes were particularly better on the lead actors including the bank boss, but the locations were grossly few and unappealing. The clarity was perfect with okay make-up on the acts. The story also hits home by highlighting deep societal and work related issues but fails to point at any entrepreneurial alternatives.

It’s a good watch for job-seekers and Nigerian employers but it won’t be taking my movie of the week, it gets a 5/10.

If you’ve watched “A Week to my Wedding” let’s share ideas in comments section!