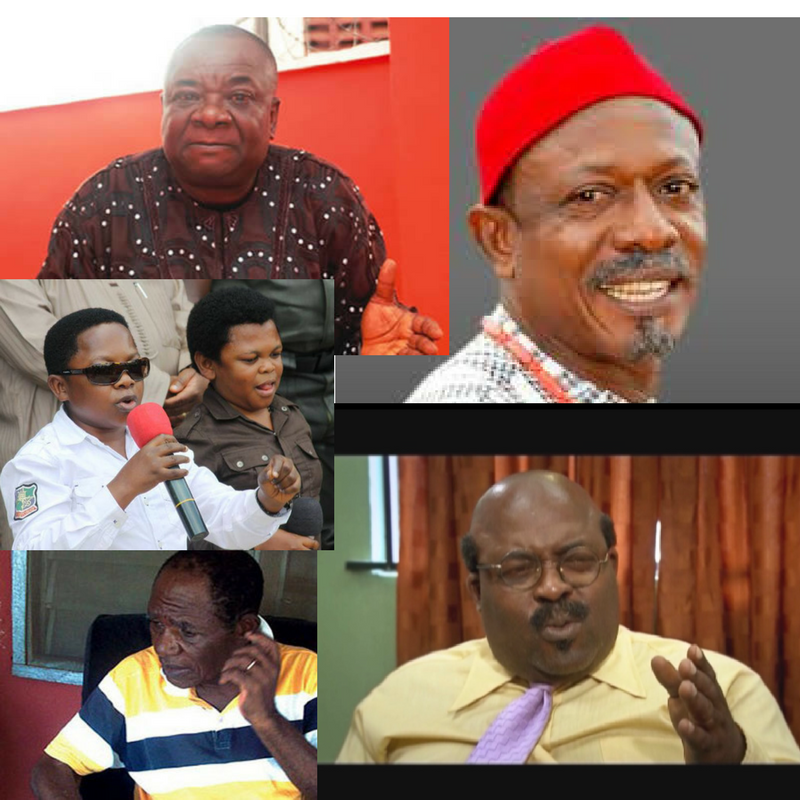 Comedy when done right is highly memorable. Comedians live large because they perform the job of helping us escape from the real world. They take situations of the present time and make it exciting or something to laugh about. They help us forget our sorrows and our worries and that is why when AY makes a film we rush to the cinema to have an experience of the work. Comedy when mastered is a timeless gift.

Some of the most memorable films to come out of Nollywood are comedy films. Many people do not even know the real names of the actors that have played these intriguing roles that have gotten us rolling on the floor and laughing hard. For example, Nkem Owoh remains Ukwa or Osuofia and John Okafor remains Mr. Ibu while Osita Iheme and Chinedu Ikedieze are always referred to as Paw Paw and Aki. Most times we cannot differentiate the performer from the performance.

Check out 7 of the best comedic roles and actors that will remain memorable through time because they have done graceful jobs.

7. Nkem Owoh as Osuofia: In one of the best films to be released in 2003, Osuofia in London, Nkem Owoh plays the title character Osuofia. He travels to London after the death of his brother and the culture and the experience offers him a new life. The kind of life he has never experienced before. The whole essence of the film is to make people laugh but it also concentrates on culture clash which is a very essential part of the film. Till date, Nkem Owoh is easily referred to as Osuofia because of the tremendous job he did on the film.

6. James Iroha as Gringori: The New Masquerade propelled James Iroha to a new level of fame. He made us laugh and we enjoyed him thoroughly on screen. More than two decades later, Gringori is a humorous name to many because the name bears the humour of James.

3. John Okafor as Mr Ibu: On his Instagram page fans know him as Mr. Ibu. Even when blogs report news concerning him they use “Mr Ibu”, after writing his full name. John sounds like an unknown name but when you say Mr. Ibu everybody knows the character that is being referred to, he made the character famous after starring in Mr Ibu (2004) and Mr Ibu in London (2004)

2 and 1. Chinedu Ikedieze as Aki; Osita Iheme as PawPaw: Everyone connected with Aki na Ukwa as soon as the film launched because of the film’s comedic duo. We were not sure if they were children or adults. They sparked great interest and from there on, they were in more films but till date, they are still remembered as Aki and Paw Paw not as Chinedu and Osita.

Did we forget your favorite comedic character? Please do well to join the conversation in the comment section.

Next Post Dayo Amusa’s Blockbuster ‘Pathetic’ Now In The Cinemas