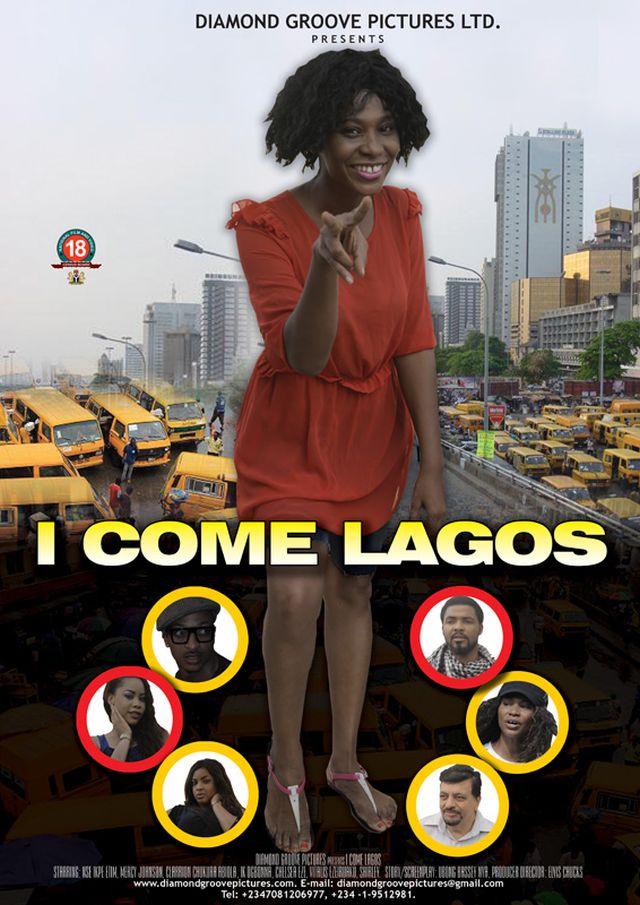 It is not easy to be consistent in the movie industry. Faces and names we are used to sometimes disappear without warning but Elvis Chuks has been consistent. He has been in the industry for so long and even though the industry has gotten crowded, we expect the old to be the best but Elvis made a big mistake with his “I Come Lagos” film starring Nse Ikpe Etim.

See Why I think so;

It is Nse Ikpe-Etim Worst choice as an actor:

Playing a JJC in a film can be an interesting choice. Ini Edo was spectacular as a JJC in World Apart, in perhaps her most memorable role till date; Nkem Owoh plays the wonderful character of Osoufia in Osuofia in London. That is a character we will never forget. In I come Lagos, Elvis Chucks hires an incredibly talented Nse but she cannot save the material, she struggles with the accent and instead of offer us laughter, we end up rooting for her in this work.

Women are portrayed as general gold diggers without a dream other than to extort. Blessing (Nse Ikpe- Etim) who should be our inspiration after travelling from Akwa Ibom to be a taxi driver in Lagos ends up going after the governors’ son. She ends up willing to be a slave rather than a woman with any true ambition. I mean, she even steals from a man in an attempt to live a better life. Victoria (Mercy Johnson) and her mother (Clarion Chukwuka) do nothing aside from being prostitutes, following successful men for money and at the end it catches up with them. How long will we continue to represent women in that way? The only responsible female character of the lot is Monica (Tamara Eteimo) and she appears for a very short time and the other female characters overshadow her purpose.

The Storyline Holds no Depth: The film ends as it starts. There is no character growth. No true purpose of Blessing visiting the city. The lead female characters end up as victims and when it all ends we have no idea what the story is about.

It Features a Stereotype of the South-South People: If Akpan is in a film then he is a houseboy with a strong accent. If Ekaette is in a film then she is a good cook and no other substance. Stereotypes are damaging and even though Elvis Chucks names his lead character Blessing instead of one of those overused names, her accent still sells her and her behaviour through the whole film attests to the stereotypical overdose.

It is Almost a Comedy with No substance for Laughter: This is a comedy but it offers laughter on very few occasions. The use of the accent that should make us laugh does not succeed. The only time we are able to laugh is when Mami (Clarion Chukwukah) finds Sugar boy (I.K Ogbonna) with another girl.

It Goes on For Too Long: I come Lagos could have been an inspirational film, a grass to grace story or even a film that exposes the challenges in life but it does not do any of this. It skips all of this and instead the story starts and ends with no genuine purpose and it drags for too long and then stops abruptly. We expected more because we expected the film to compensate us with a wonderful ending for making us sit for too long.

The Project Was Rushed: The sound, the cinematography and most of the choices prove that this was a decision made too fast.

Have you watched I Come Lagos, do you share with me that it could have been better?

See the trailer below:

I Come Lagos gets a 3/10 for the attempt