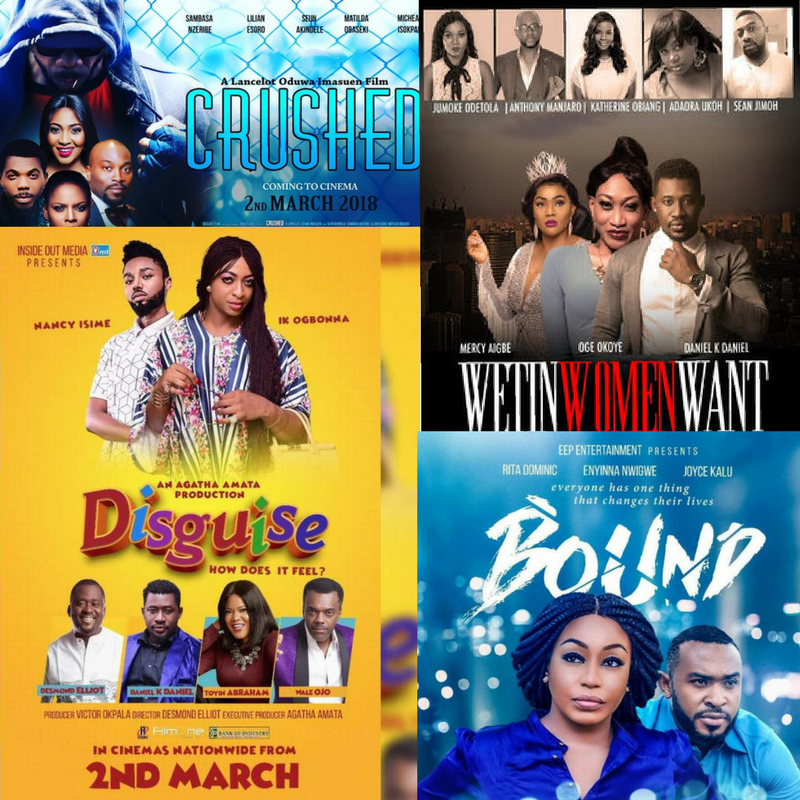 It is that time of the month when we give you a complete list of Nigerian films slated for release in the cinema. Some of these films have enjoyed fair promotions since the beginning of the year, others made their advertising debut a week ago and judging by the way things are done, more films might be released.

If you will like to see a Nollywood film at the cinemas this March, this is what is coming your way 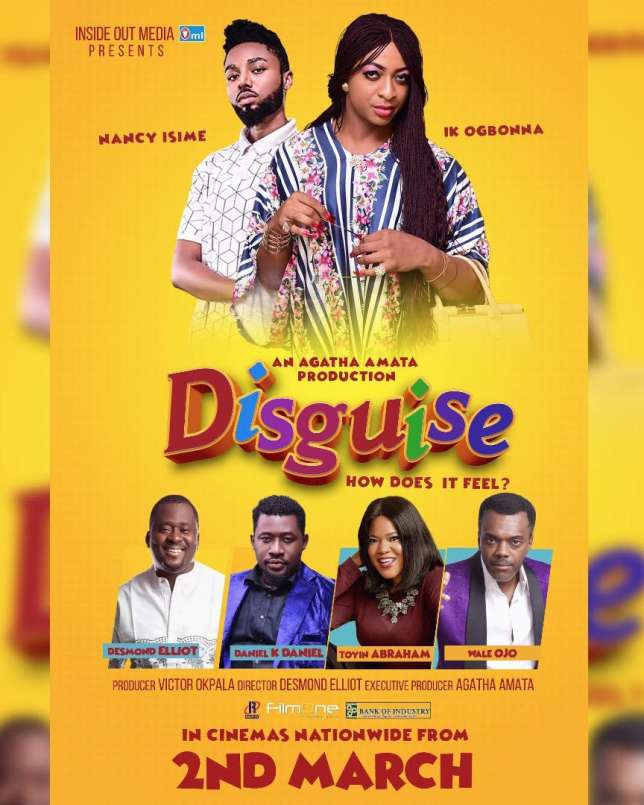 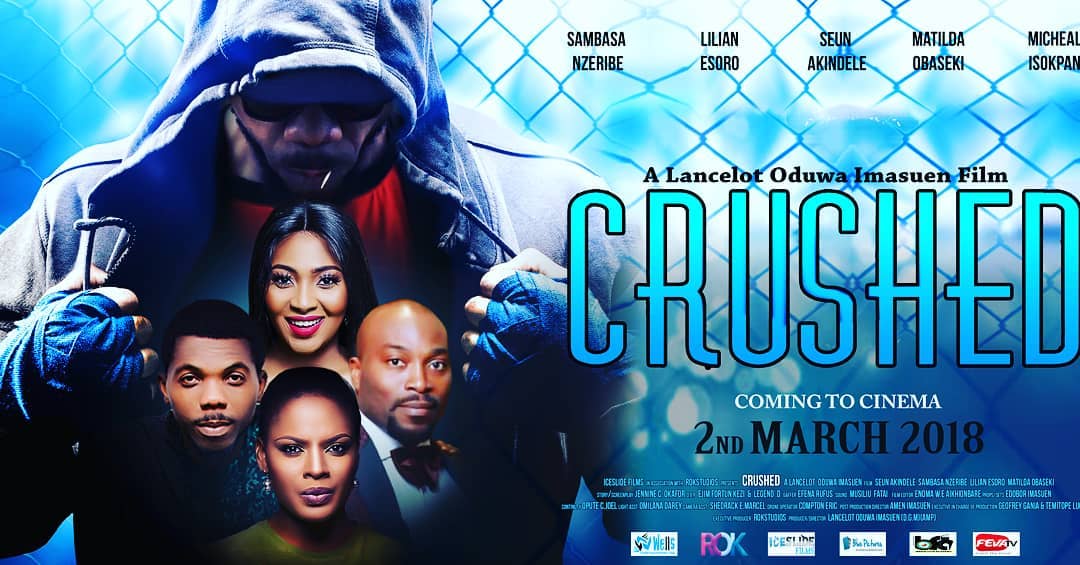 Lancelot Oduwa Imaseun’s latest feature tells of a woman who starts seeing a man from her past as people think she’s going insane. The lines between reality and the subconscious become blurred and her nightmare becomes her waking life. The film is a collaboration with ROK Studios, shot by Ejim Fortune Kezi, and starring Seun Akindele, Sambasa Nzeribe, Michael Isokpan, Lilian Esoro, Efosa Efef Iyamu, and Matilda Obaseki.

“Crushed” will debut across Nigerian cinemas today 2nd of March 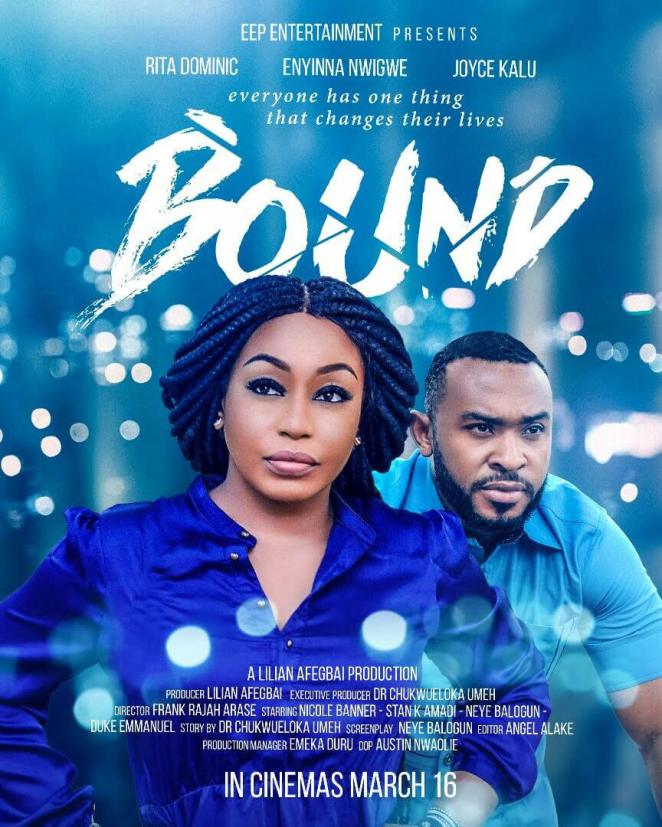 “Bound” tells the story of Chinenye (Rita Dominic), a 35-year-old career who is single and facing pressure from family. She meets and falls in love with Elochukwu, who despite Chinenye’s indecisiveness and fear of commitment, remains in her life with a resolve to show her unconditional love.

Unknown to everyone, Chineye has a lifelong secret: She battles spiritual, emotional and physical forces making her emotionally unfit to commit herself to anyone, no matter how hard she tries.

“Bound” will be released in cinemas on March 16. 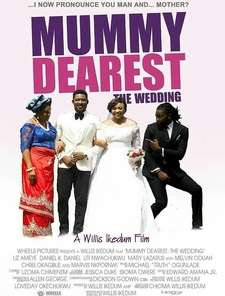 The movie tells the story of a young man’s decision to get married and how this complicates his relationship with his mother. “Mummy Dearest: The Wedding” features Liz Ameye, Daniel K. Daniel, Uti Nwachukwuand Mary Lazarus. 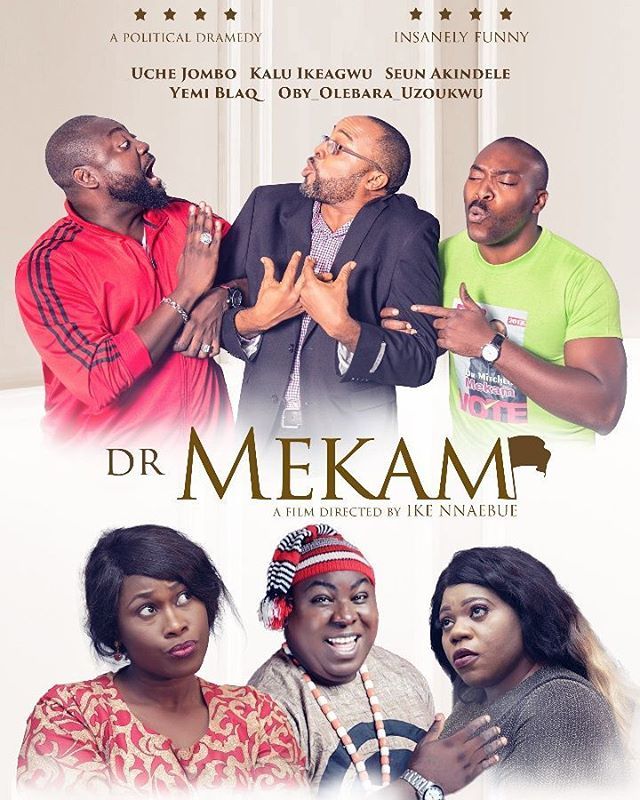 A highly successful diaspora based Nigerian medical Doctor decides to return home and run for the office of the Governor of Anambra state as “a humble stepping stone to becoming the President of Nigeria” but navigating through the dark, murky and very diabolical waters of the Nigerian politics proves quite an uphill task for Dr Mekam.

Dr. Mekam will be released on the 16th of March 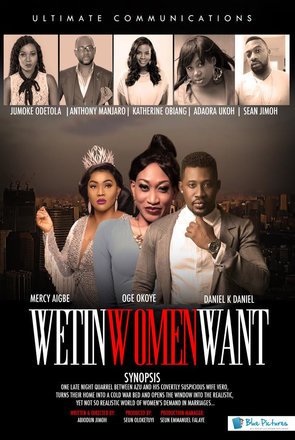 Seun Oluketuyi directs “Wetin Women Want”. The story follows the quarell between a couple and how it opens the conversation about demands women make in their marriages.

“Wetin Women Want” is a comedy flick that tells the story of some of the challenges experienced in marriages.It features Katherine Obiang, Oge Okoye, Mercy Aigbe, Anthony MonjaroDaniel K. Daniel and Adaora Okoh. “Wetin Women Want” will be released on the 23rd of March. 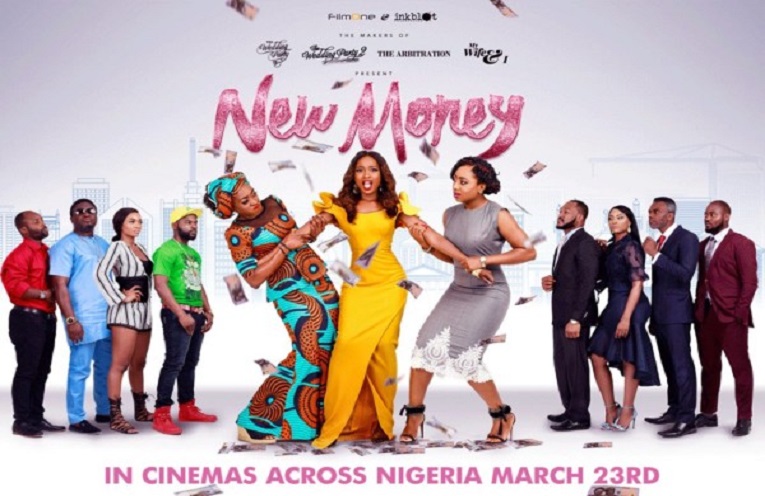 Tope Oshin has set her first cinema release of the year with “New Money”. The comedy drama tells of Toun, a young girl coming to terms with sudden wealth. We follow her journey as she tries to successfully grapple her newfound wealth, as well as juggle love and life.

“New Money” is set for a release on the 23rd of March.

Previous Post Movie Review: ‘One Monday Morning’ Is Fast Paced And Inventive To No Avail