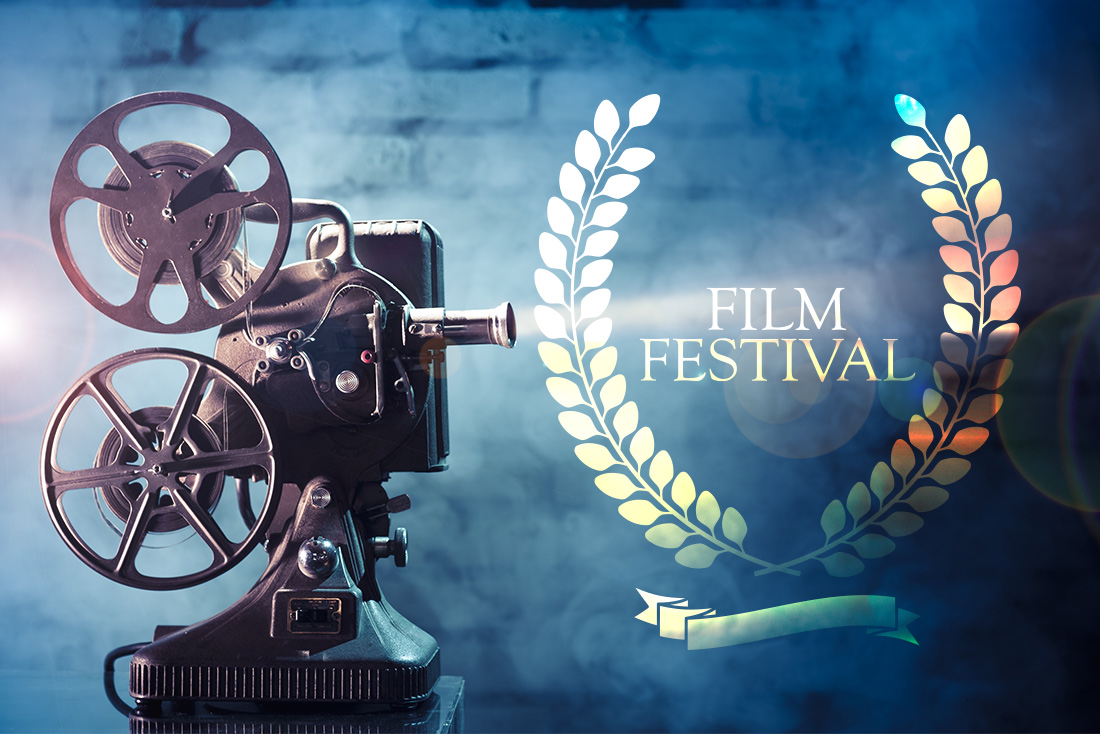 With 20 something odd years of movie making, our film industry is largely driven by commercial objectives (after all we need to eat), entertainment values and a handful of producers who truly want to tell a story and elicit some sort of change in dynamics of our systems. No doubt, it is tough in our industry for an existing filmmaker talk less of an upcoming one or an amateur, but that is why film festivals have been created.

Film Festivals around the world are an amazing opportunity for new and existing filmmakers to showcase their talent, broaden exposure for your independent film and for you as an artist. They are important not only in maintaining an exhibition platform for independent filmmakers and auteurs, but also in maintaining an audience for art and auteur cinema especially in our climes where cinema owners dictate what should or shouldn’t show, the film festival gives producers avant garde to churn out stories that might not necessary be allowed in everyday cinemas.

To give you a head start, check out these film festivals and their possible dates for 2018, that can help any bubbling filmmaker or amateur get ahead.

Founded and established by Supple Communications Limited in 2009 with a mission to promote the appreciation of Arts and Culture through the motion picture arts and sciences and boost tourism in the global village. The festival takes place in Lagos annually. It’s 2017 edition held in March of this year, not sure there will be another, however, the festival is open to new and existing local and international filmmakers

The Real-time International Film Festival is a Festival for Filmmakers, By Filmmakers. Having officially kicked off in 2016, the Festival accepts entries from filmmakers across the world without discrimination. With a 2018 theme ‘Stories that Touch’ the festival celebrates and expose current TECHNOLOGIES that affect the art of film making. The festival which took place from June 24- June 28, 2018, in Lagos, was a breathing ground for potential filmmakers, actors, script writers and film enthusiast.

The Lights, Camera, AFRICA!!! Film Festival was created in 2011 to stimulate discourse on issues and experiences that are rooted in the African experience. The festival which holds annually in the last quarter of the year shares a diverse range of African and independent cinema including documentary, feature and animation.

Zuma Film Festival (ZUFF) organized by the Nigerian Film Corporation is in its 9th edition and scheduled to take place from December 1 to 7 in Abuja. The film festival hopes to avail Nigerian film practitioners the opportunity to network with their counterparts from other parts of the world; stimulate co-production opportunities; promote and ensure sustained productivity and availability of qualitative audiovisual services. With a 2018 theme ‘Archiving for Creativity’ the festival aims to protect and preserve several thousands of films that have been produced in Nigeria, the past decades, with several pieces of collections of audio-visual and film materials being lost due to non-preservation

Currently in its 8th edition, the film festival already took place in March 2018 with a theme ARCHIVING AFRICA II: Frontiers and New Narratives. The festival is the prime documentary-only film festival on the coast of West Africa and it is conceptualized to create a platform of awareness and expression for aspiring and practicing filmmakers who are creating socially relevant documentary films to positively impact our world.

The oldest film festival of the lot, runs annually and was founded by veteran Nollywood Director, Fidelis Duker. Now in it’s 15th edition, the festival offers participants a contemporary and liberal platform to show their expertise and excellence in film and accommodates participants from across Nigeria and beyond. The festival aims to contribute to the understanding and appreciation of cultures of different nations, takes place in Abuja during the last quarter of the year.

AFRIFF, the most vibrant and energetic film festival can be likened to The Cannes Film Festival, France because of its publicity, hobnobbing with the stars as well as the opportunity it offers film makers, amateurs, investors, film critics, visual artists, equipment manufacturers, film students, distributors and fans the platform to improve and develop the film industry in Nigeria and Africa. Started in 2010 by Chioma Ude, the festival now in its 8th edition is an annual one that provides a lot of prospects for the film industry in terms of growth and establishment for investors and technical acquisition. The festival holds in Lagos and takes place in the last quarter of the year.

Have you ever attended these festivals? Tell us what you think in the comments section.

Next Post 6 Things I Learnt from The #FIRSTBANKDigitalLab Launch!