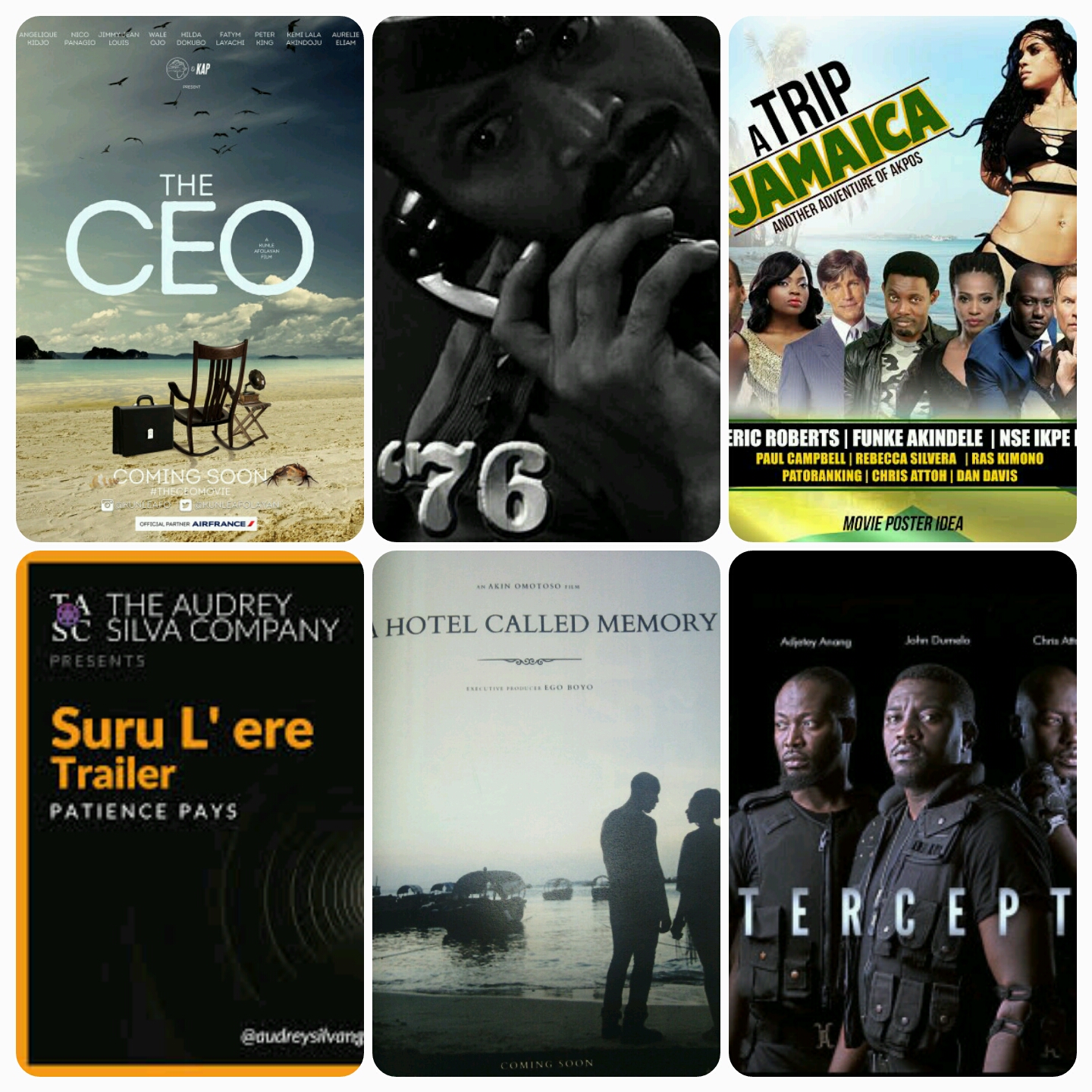 I used to think that Nigerian film makers don’t do much in terms of publicity for their productions, truth is, they don’t. Everything seems to be under wraps, giving the audience just bits and bobs of what to expect in terms of trailers and behind the scenes, but it’s also important to share proposed dates of film releases, maybe a save the date, plans for media or press junkets (that’s for press & media) and the likes so that people can look out for their films.

What is this story really about you ask, anticipated Nollywood movies of 2016. Since I mentioned these movies during my radio show on 92.3 IFM (you guys should listen up every Saturday at 9pm) I thought I should put them in a list and get you guys all psyched about it since I am as well. 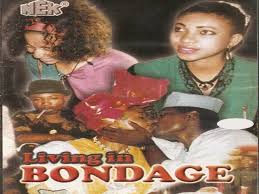 I was really excited when I read that ‘Living in Bondage’ which was released in 1992 is set to be released again in 2016. Why you ask, because I am strong advocate or remaking old drama series and programs as against writing fresh and re-inventing the wheel. Ramsey Nouah alongside entertainment and business mogul Charles Okpaleke are the duo responsible for this remake and I am so looking forward to this.

A Trip to Jamaica 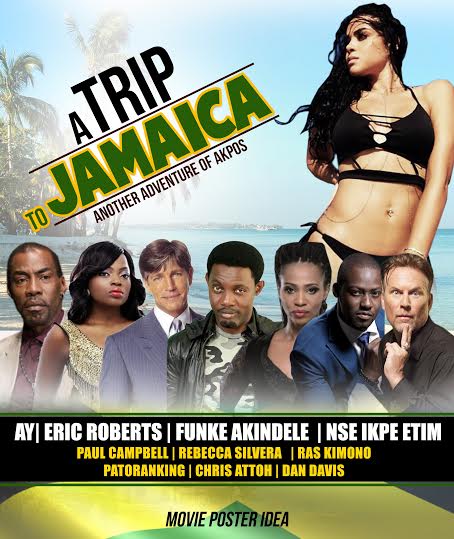 Sequel to 30 Days in Atlanta, AY comes back with this movie “A Trip to Jamaica”. Directed by Robert Oyime Peters and set to be a mix of Hollywood and Nollywood stars, the movie will chronicle more adventures of Akpos. Shot in Nigeria, America and Jamaica, the film focuses on Akpos and his Fiancée Bola, who travel across the Atlantic to visit family. The comedy will star Funke Akindele, Nse Ikpe Etim, Patoranking, Cynthia Morgan Ras Kimono, Chris Attoh as well as Hollywood star Eric Roberts.

Some of the Behind the scene stills: 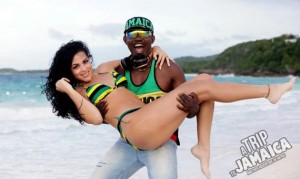 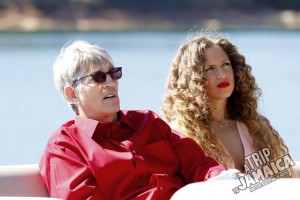 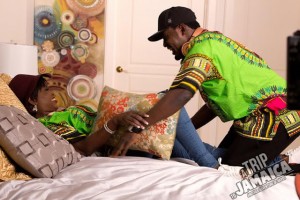 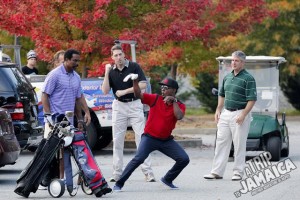 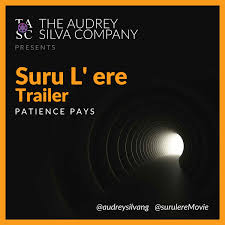 The trailer of the movie was release in the year 2015, but we are anticipating it for this year. Set in Lagos, the movie depicts the life of a young, timid graduate desperate to overcome his financial woes.  It stars upcoming talent Seun Ajayi, Beverly Naya, Lala Akindoju, AMVCA winner Tope Tedela, Enyinna Nwigwe, Linda Ejiofor, Kenneth Okolie and Rita Dominic. It is directed by Mildred Okwo and produced by Rita Dominic. 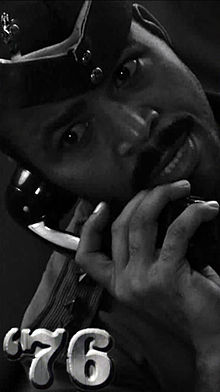 Directed by Izu Ojukwu, ‘76′ is a movie set during the era of military assassinations in Nigeria. With a focal point on the life of an officer who is wrongly indicted by the military and gets entangled in a romantic relationship with a beautiful O-level student from the Southeastern part of Nigeria.  It stars Ramsey Nouah, Rita Dominic, Ibinabo Fiberisima, Chidi Mokeme and Daniel K. Daniel and was filmed in Ibadan. The movie also depicts the experiences of being an officer’s wife at a time in Nigeria when there was a lot of unrest.

Set to have been released in Ghana last year, I am so looking forward to watching this movie in Nigeria this year. The movie follows the lives of a special task force and their work as they are assigned to track down an illegal arms dealer. Inception stars Chris Attah, John Dumelo, Adjetey Anang, and Pascal Aka. It is directed by Pascal Aka.

The trailer is below: 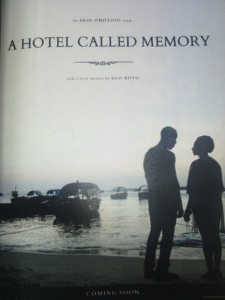 Nigerian film producer of Violated, Keeping Faith and 30 Days;  Ego Boyo is rounding off work on a new film, A Hotel Called Memory, starring Nse Ikpe-Etim, the movie is directed by Akin Omotoso and is said to have been shot in Tanzania. While this has been seriously under wraps with no behind the scene footage or trailer, only the cover picture above, we are anticipating a fantastic production and release this year. 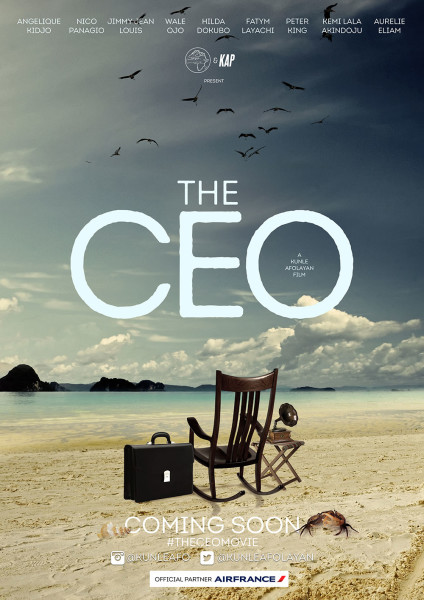 October 1 director Kunle Afolayan, will hopefully keep us spell bound with his production The CEO. Having gotten financing for the movie through the NollyFund scheme from the Bank of Industry, the movie which was shot at the Inagbe resort promises to be epic. The movie stars multiple Grammy award-winner Angelique Kidjo, Wale Ojo, Haitian actor, Jimmy Jean-Louis, Kemi Lala Akindoju and Hilda Dokubo. As expected, Kunle is working with a familiar crew, including Tunde Babalola as scriptwriter, veteran production designer Pat Nebo, the award-winning cinematographer Yinka Edwards and adept production manager Bose Oshin.

I hope to make this a quarterly feature where I share movies we are anticipating, so stay tuned guys.