Genevieve Nnaji will be starring in a new film called “Farming,” it features British Actors, Kate Beckinsale and Gugu Mbatha Raw (Beyond the Lights, Belle). Predictably, the news has caused fan celebration across Nigeria, and while we wait for the full feature, this is what we know about the Director of the project, Adewale Akinnuoye-Agbaje who is also Nigerian, and the project made so far. 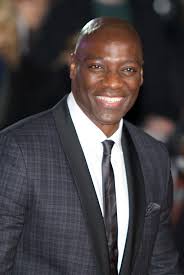 5. Adewale Akinnuoye-Agbaje has quite the resume, he has featured in many high profile films, but the most memorable are his features  in Game of Thrones, Suicide Squad and Concussion

4. In 2009, Akinnuoye-Agbaje was in talks with Marvel Studios to play the superhero Black Panther in a proposed film of the same title. In an interview, he stated his excitement about the possibility, saying that “the timing is so right” for a black superhero. Chadwick Boseman has gotten the role of Black Panther and the film is slated for release in February 2018 while Agbaje concentrates on producing Farming.

3. Farming is inspired by his life. It is a practice of Nigerian parents “farming out” their children to white UK families. The Guardian describes the story as a neo-Dickensian tale of hardship, abandonment and solidarity, a kind of black Oliver Twist for the postwar immigration era.

2. He is a Nichiren Buddhist, which is a Branch of Buddhism based on the teachings of the 13th century Japanese priest Nichiren.

1. Agbaje developed his story at the Sundance Institute Directors and Screenwriters Labs. The Sundance film festival has made history by supporting Independent and young filmmakers. It was where Birth of a Nation first enjoyed its Oscar Buzz and we can only hope that Agbaje’s strong story gets the same buzz.

Kate Beckinsale is playing his abusive, neglectful mother, while Gugu Mbatha Raw is playing his teacher and Mentor. Genevieve’s role is unknown at this point. The film is being shot in the U.K. and Nigeria, it also started production in August.