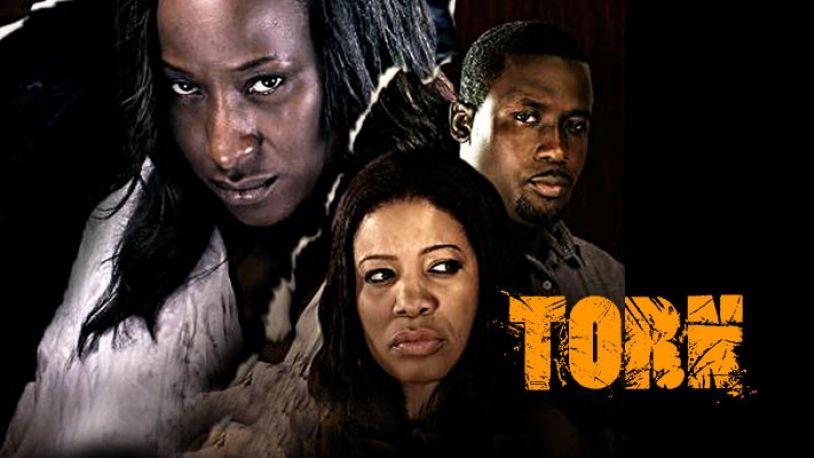 In Nigeria, we mock mental illness without even knowing that we are mocking it. We find strange behavior funny. People may not behave normally but they need attention and not mockery. We don’t take the time to research, or offer a little assistance or even check in with people we think behave strangely. Moses Inwang’s 2013 film Torn tackles mental illness, Ovo (Ireti Doyle) is delusional, and she is entangled in a relationship with Olumide (Joseph Benjamin). She develops a multiple personality disorder and she attempts to murder Nana (Monalisa Chinda).

Moses Inwang’s 2013 film Torn tackles mental illness, Ovo (Ireti Doyle) is delusional, and she is entangled in a relationship with Olumide (Joseph Benjamin). She develops a multiple personality disorder and she attempts to murder Nana (Monalisa Chinda).

Most films aim to tackle issues that are not well discussed in our society, the purpose of films such as Torn is not for general entertainment but enlightenment.

Here are five reasons why “Torn” tackling the problem of mental illness is important.

1. It introduces some of us to Multiple Personality Disorder: It is defined as a rare dissociative disorder in which two or more personalities with distinct memories and behavior patterns apparently exist in one individual.

2. Tackles stereotype: We think that mental illness is a case of those that run and sleep on the streets. We narrow its definition. It affects people in different forms and Moses Inwang focuses on Multiple Personality Disorder which is just a form of mental disorder.

Our main character Ovo seems normal, she starts a relationship with her friend’s husband, and we seem to think that her insecurity turns her to a beast but as we progress, she is not simply a jealous woman but a woman in need of psychiatric help and Bimbo Manuel offers that help.

3. It Decrease Likelihood of Discrimination: One thing I know for sure is that Torn teaches more about mental illness through the prowess of Bimbo Manuel than it focuses on the issue of infidelity. If many people are able to watch this film, it will reduce the number of people that discriminate people that behave differently, without understanding the problems of others. A film well tackled especially with such a sensitive storyline will do more to create awareness and educate and another thing to point out is that Torn makes an effort to prove that it is about health and not morality.

4. Raise Concerns: What we see from Ovo (Ireti Doyle) is a serious problem being faced by so many people in our society and some are oblivious of the problem. A film with such a serious issue if given the right attention will allow us time to focus on those around us and to be concerned when we think they are behaving out of line.

5. It is a voice for those who have tackled Mental Illness in the past: Many have suffered from this illness, very few have spoken out, probably because they don’t know how best to describe their problem to people that may not understand. A film is here to educate and to entertain. A film can be a voice to many and Torn starts a conversation, not perfectly but it starts a conversation for a Nigerian audience.

Next Post Five Reasons We Love Our #TBT Movie ‘Ties That Bind’.