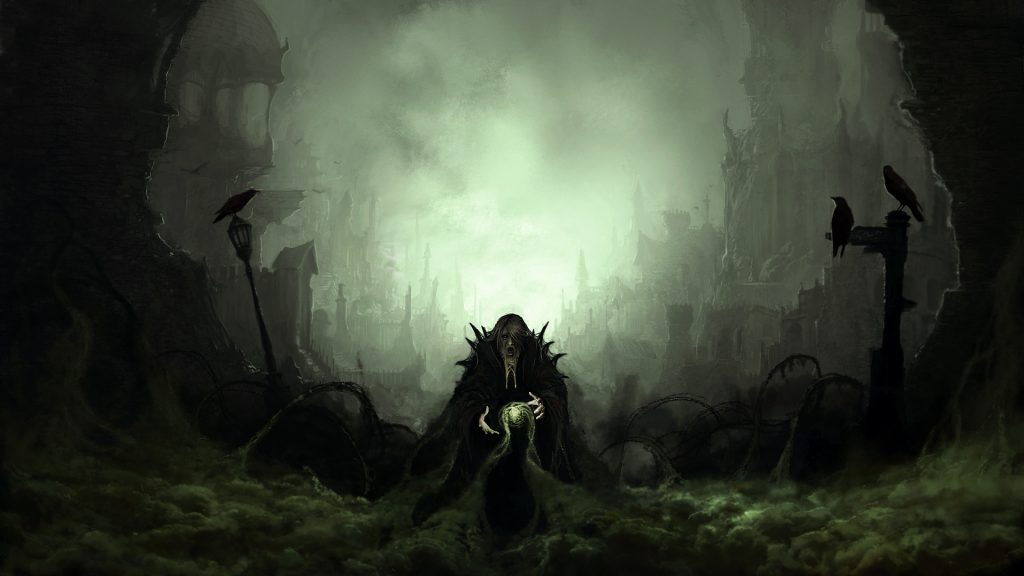 Horror films can keep us active, mostly at night but they keep the mind active even during the day. This film genre has been undermined; in fact Nollywood is hardly interested in this genre. There was a time when horror films were all over the place and super famous just for being horror flicks. Behind the ghosts, the spirits and the unconventional stories, there was always an attempt to teach a bigger lesson. A famous Nigerian horror film “Why” featuring Uche Elendu is one example. Behind the horror was a story about how carelessness can ruin our lives.

Most recently C.J Obasi has been a master in the horror genre. His films O-Town and Ojuju are fantastic and thrilling. We hope to see more.

Why do I think horror is the best genre?

1.It is the best form of Escapism:

We all have problems, right? Watching movies is a form of recreational activity and what I’ve learnt from watching horror films is that once you dive into that world, it is very easy to get consumed with the journey of the characters on screen and what they are going through. We relate with them and what happens next is that we keep going back to that world. We think about it, we connect it with our own fears and somehow, the horror genre can incite fear but it can also help us forget our problems. (Watch The Awakening, available on iRoko TV)

2. The Adrenaline Rush Keeps Us Active:

I am a big fan of the horror genre (well, especially when many people are around and we can feel the fear together). The main purpose of horror films is to excite. A pump for your organs is great; doctors can attest to that, in fact, in some research, doctors say the horror genre is great (we can’t argue with doctors’ right?). *Watch Ojuju by C.J Fiery Obasi*

3. Scientists say it sparks up the Brain:

You can check this on Google. In 2014, research scientists, say that fans of the horror genre are very active and are able to think of solutions very quickly. Watching horror films in general, keeps your brain active. When you are watching all the expressionist scenes there is no way your brain will be taking a break and if you can survive horror films, what can’t you survive? (I recently Watched Karashika again. You might want to check that on YouTube)

4. It is one of the best ways to pass a Message: I accept comedy does a lot of that, I mean what better way to pass a message than get the audience laughing about a problem but after which, they think about the story and then think

I accept comedy and drama do a lot of that, I mean what better way to pass a message than get the audience laughing about a problem but after which, they think about the story and then think about the point. A horror film on the other hand, may scare us but what is the purpose? A horror film I will never forget is ‘Why’ featuring Uche Elendu. I watched it when I was ten or eleven but I still remember it. When some drunk friends kill an innocent person on their way back home from a night party, the spirit returns to hunt them. Every step they take, they see ‘WHY’ written all over their house. There is an important message there. When the friends first hit their victim, the driver attempts to help the victim but the others oppose. The Victim eventually dies hours after they leave. The victim could have survived if they considered taking him to the hospital but they did not. The message is clear isn’t it? Now imagine how many people will watch such a film and be kinder and more careful when going about their business.

What are the best horror films you have seen? Share in the comment section and I will go searching for it.

Next Post ‘Walking Away’ Puts Love and Marriage in Perspective