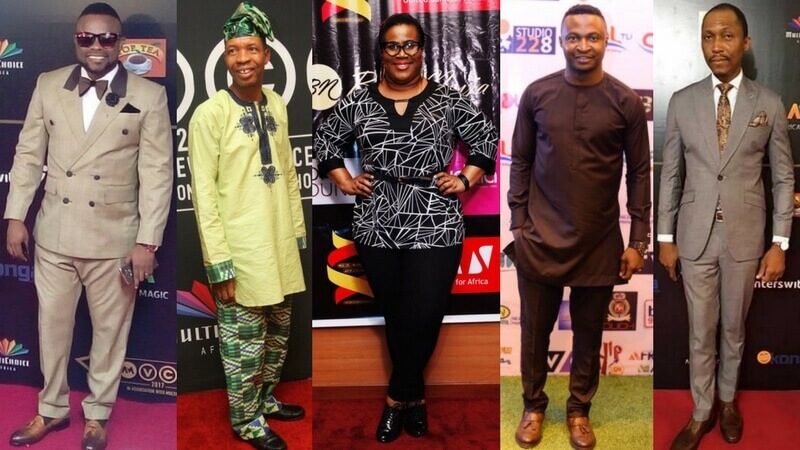 It’s true Ramsey Nouah and Omoni Oboli played in a dramedy last year (My Wife & I) with the cross dressing and all, but that doesn’t put them on this list. Why? Because being funny isn’t woven into the general stereotypes we have of them, for me anyway.

Talking of the funniest actors still doesn’t bring Richard Mofe-Damijo or Zack Orji into this list despite their hilarious performance in the Three Wise Men. Their body of work as it relates to comedy isn’t extensive enough to cite them as some of Nollywood’s funniest.

Listed here are those actors who go all out to be the MVP in an otherwise dull script, those who ensure you’ve started laughing once you see their names in the cast and I’m referring to: 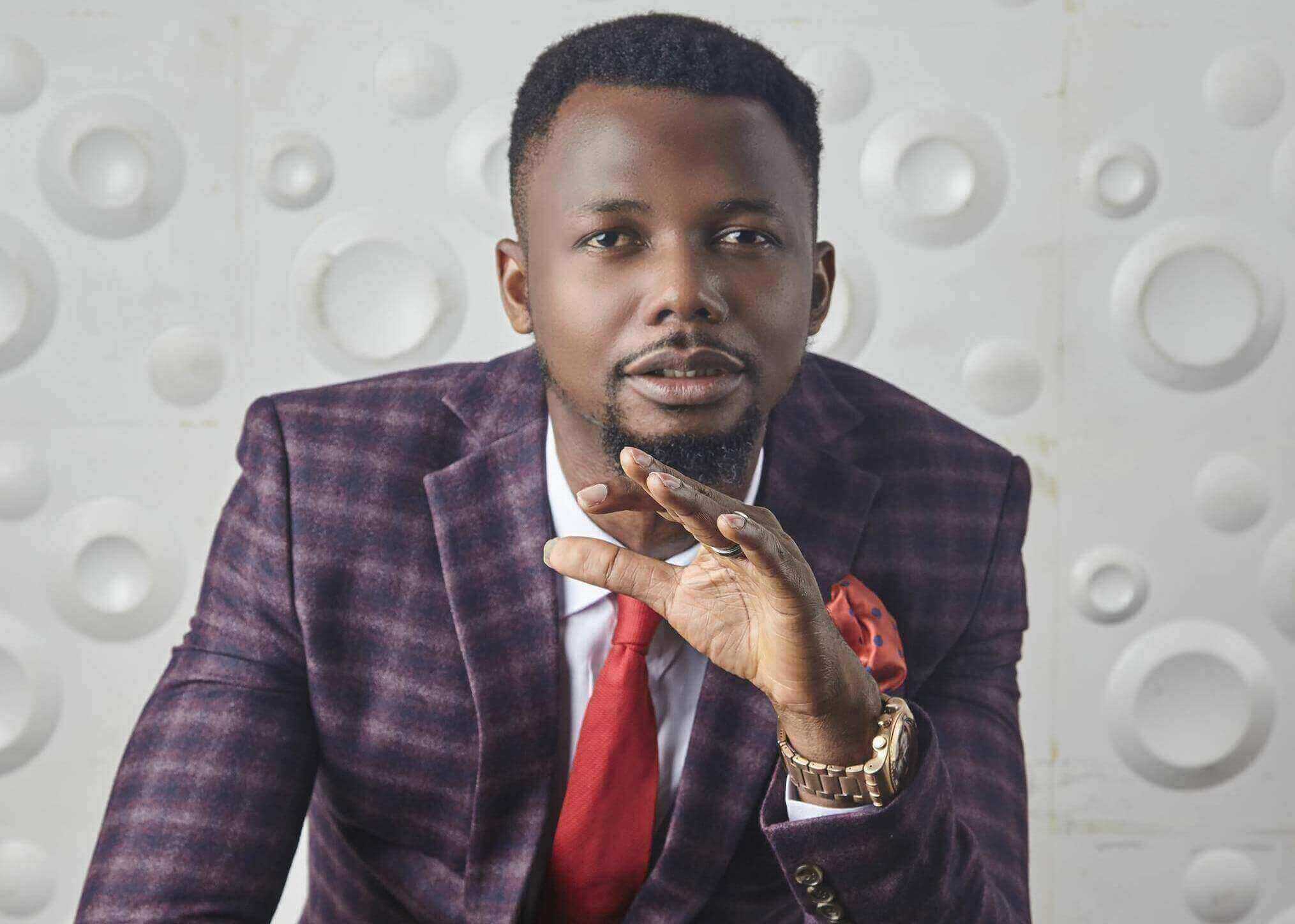 EmmaOhMaGod is a multi-talented musician, comedian, compere, singer and actor known for Accidental Spy and The Wedding Party. He had his video re-posted by Chris Brown, making him another Hollywood favourite like Francis Odega and 50cents. He has performed at major shows like the NMVA (Nigerian Music Video Awards), Festival of Love, CoolFM Christmas Praise Jam, and The Bar with Yaw. 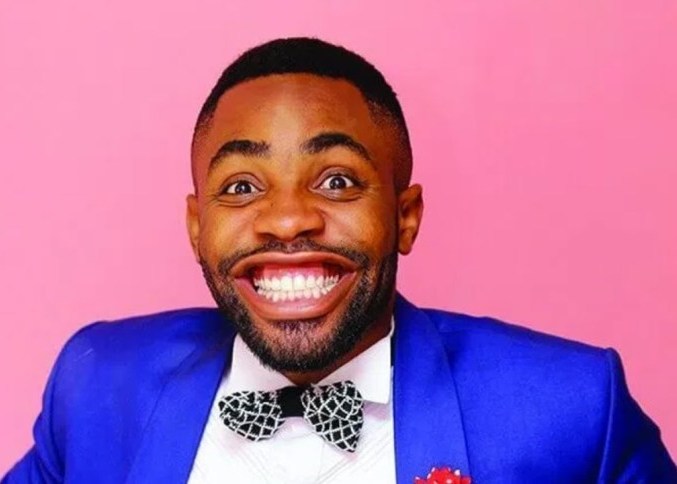 Oluwatoyin Bayegun, aka Woli Arole, is an actor, international stand-up comedian, viral skit maker and a “prophet” all rolled into one. The Obafemi Awolowo University Psychology graduate is known for Mentally and Toyin Abraham’s Alakada Reloaded. He began his career as a standup comedian and MC during his days as an undergraduate and was one of the top acts during his time in the institution. He found fame on Instagram posting videos of him preaching the gospel in comical ways reminiscent of local prophets. He and his sidekick, Asiri, won the Best Comedy Act at last year’s Nigeria Entertainment awards. 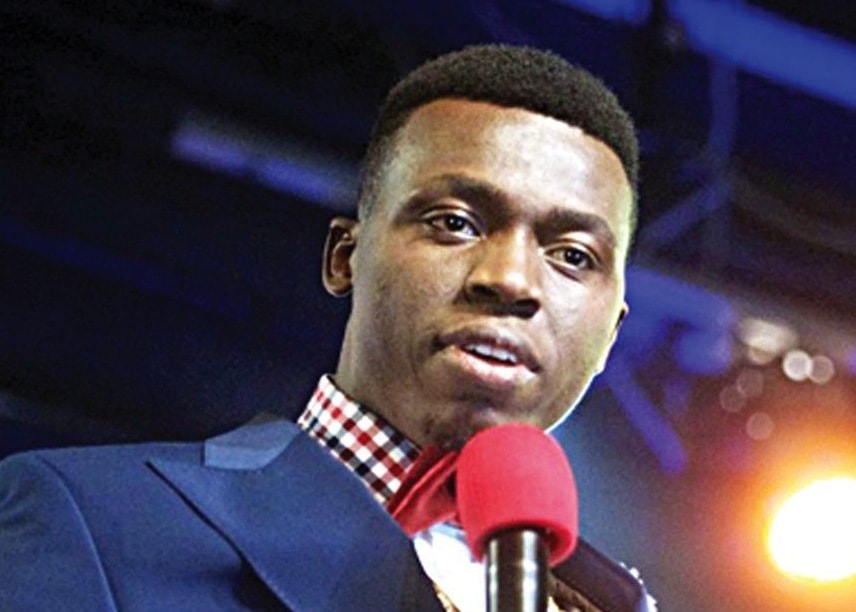 Akpororo is a stand-up comedian, vocalist and actor known for Head Gone and Boss Of All Bosses. In 2014, he staged his first major comedy show “Akpororo vs Akpororo” at the Shell Hall, MUSON Centre. The maiden event saw the attendance of notable musical acts and comedians. In the same year, Akpororo delved into acting, starring in The Antique and earning three nominations at the Golden Icons Academy Movie Awards for his performance. In June 2015, he signed a 2-year endorsement deal with Airtel Nigeria. 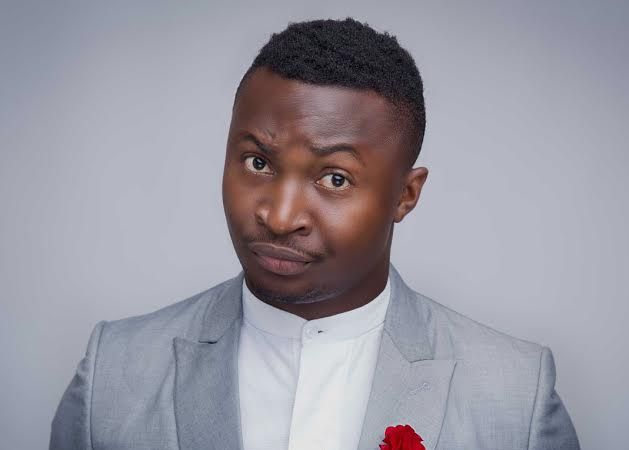 Stanley Chibunna, aka Funnybone, is an actor and comedian known for Sergeant Tutu, The Friend Zone, Dognapped, When Love Happens Again, It’s About Your Husband, and Scorned. The native of Anambra State was born and bred in Kaduna, graduated from the University of Jos where he studied Theatre Arts, and started comedy in the late 90’s. In 2009, he was the Best New Comedian at the Diamond Awards. In February of 2016 he staged the inaugural edition of his comedy show, Funnybone Untamed, at the MUSON Centre, Onikan, Lagos. 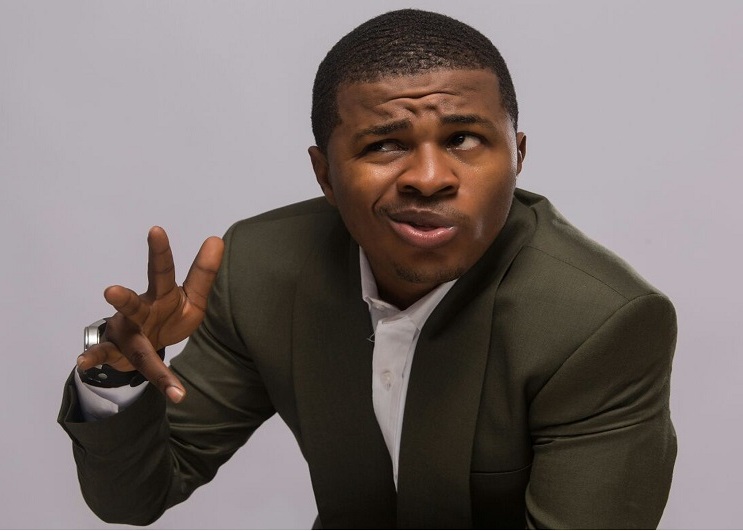 Samuel Ajibola is an actor known for The Johnsons, MTV’s Shuga, Without Love, Eye Witness, Last Flight to Abuja, and The Antique to name a few. He holds a B.SC in Political Science from the University of Lagos and a Diploma in Acting from Amaka Igwe’s Centre for Excellence in Film and Media Studies, Lagos. He made his production debut with the release of his web series, Dele Issues, on March 10, 2017, in which former Nigerian President Olusegun Obasanjo later appeared. In 2017, he won the Best Actor in an M-Net Comedy Series at the Africa Magic Viewers Choice Awards. 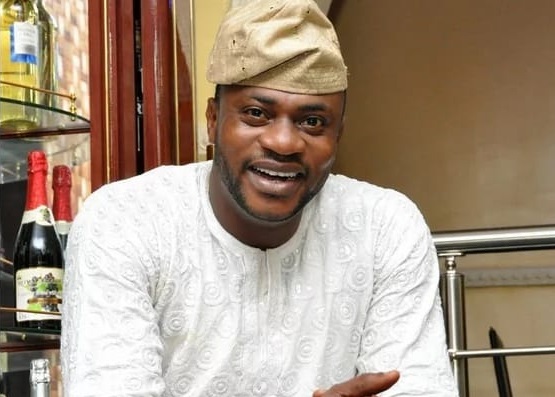 Odunlade Adekola is an actor, singer, film-maker, producer and director known for Taxi Driver: Oko Ashewo, Celebrity Marriage, Critical Evidence and The Grudge. He is the CEO of Odunlade Adekola Film Production (OAFP) and has featured in more than 100 Yoruba movies. He began acting in 1996, the same year he joined the Association of Nigeria Theatre Arts Practitioners under the tutelage of the late Isola Durojaiye. He is widely used as an internet meme across the Nigerian ‘webosphere’. In 2014 and 2015, he won the City People Entertainment awards for Best Actor of the Year. 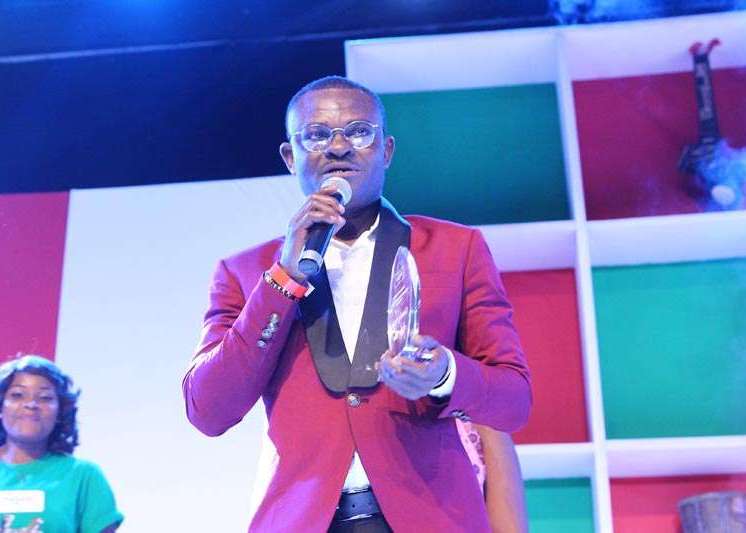 Francis Odega is an actor best known for the hilarious “Gerarahia” video clip of him which went viral. One of the results of the video clip was an endorsement deal with Etisalat. Francis holds a bachelor’s degree in Economics from Ambrose Alli University. He’s starred in House of Gold, ATM, Clinic Matters, and Marry Max Again (TV Series) to name a few. He is one of the pioneering comedians of the popular Night Of A Thousand Laughs. In 2013, he was the Best Actor in the Best African Collaboration category at the Ghana Movie Awards. 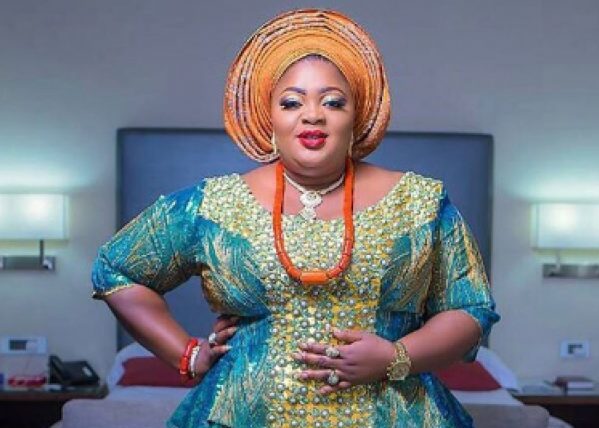 Eniola Badmus is an actress known for Jenifa and Omo Ghetto. She has played both lead and supporting actress in several Yoruba and English films. In 2014, she was the Best Actress of the Year at the City People Entertainment Awards. In 2015, she was the Best Comedic Act at the Golden Icons Academy Movie Awards. In the same year she won the award for the Best Actress in Africa at the Black Entertainment Film Fashion Television and Arts. In March of 2016, Eniola was unveiled as brand ambassador for Etisalat. 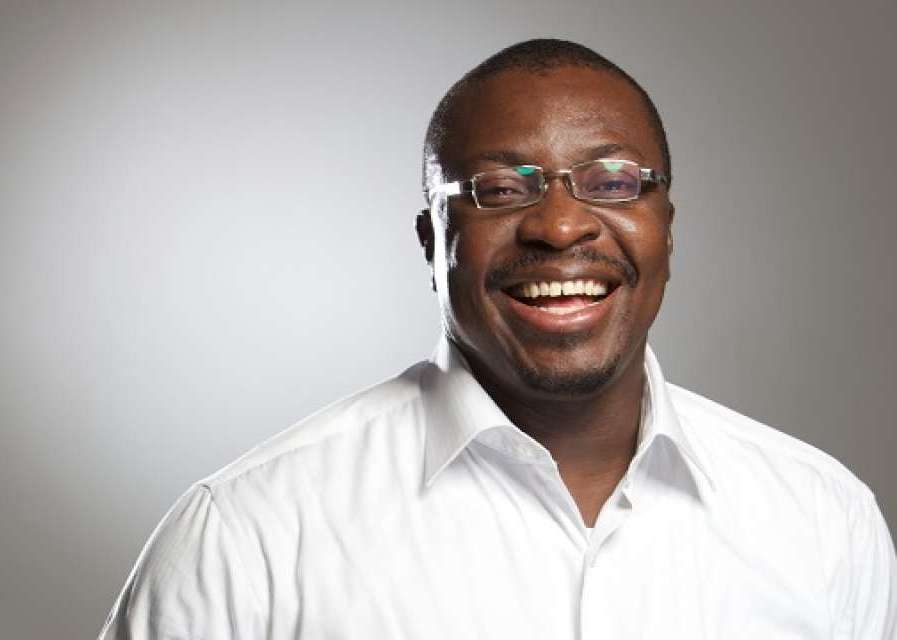 Ali Baba Akpobome is a stand-up comedian and actor known for The Wedding Party (1 & 2), Gone to America, Alakada, Head Gone, and The Last 3 Digits. He was inducted into the Johnny Walker ‘Striding Man’ Society in 2009 which recognizes men who have achieved great strides in their chosen fields of endeavour. In 2012, he was given the privilege of ringing the Year End Closing Bell of the Nigerian Stock Exchange, the first Nigerian comedian to do so. In March 2015, he was featured on CNN African voices, speaking about his goal to make Nigerian comedy a trade worthy of mention in business. 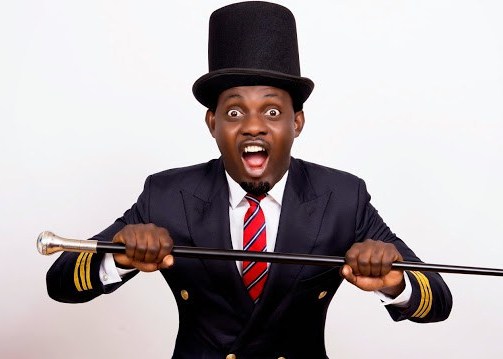 Ayo Makun is a multi-award-winning actor, comedian, radio/TV presenter, writer, director and MC. He’s known for 30 Days In Atlanta, The Accidental Spy, A Trip To Jamaica, and 10 Days In Sun City. He was made a U.N Peace Ambassador in 2009. He is aslo the C.E.O of Corporate World Entertainment Nigeria. Ayo Makun came into spotlight after being Alibaba Akpobome’s personal assistant and event manager. He hosts one of Africa’s largest comedy shows, AY Live, featuring other comedians like Bovi and Helen Paul. 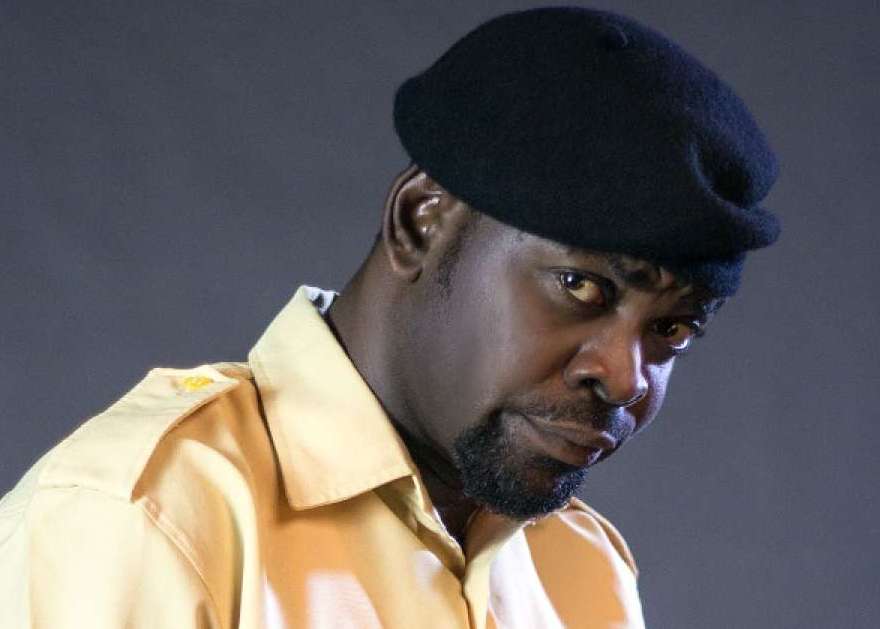 Kelechi Udegbe is an actor, voice-over artist known for Officer Titus, Behind The Wheels, Stormy Hearts, Ojuju, Taxi Driver: Oko Ashewo, and Kpians: The Feast of Souls. In 2017 he was the Best Actor in a Supporting Role at the Best of Nollywood Awards. Kelechi started acting in 2009 when he attended an audition and grabbed a lead role in Wale Adenuga’s Super Story. He made Charles Novia’s list of the Best 5 Nollywood Actors in 2013. He’s also a product of the Pencil Film and Television Institute (PEFTI) where he finished in 2015. 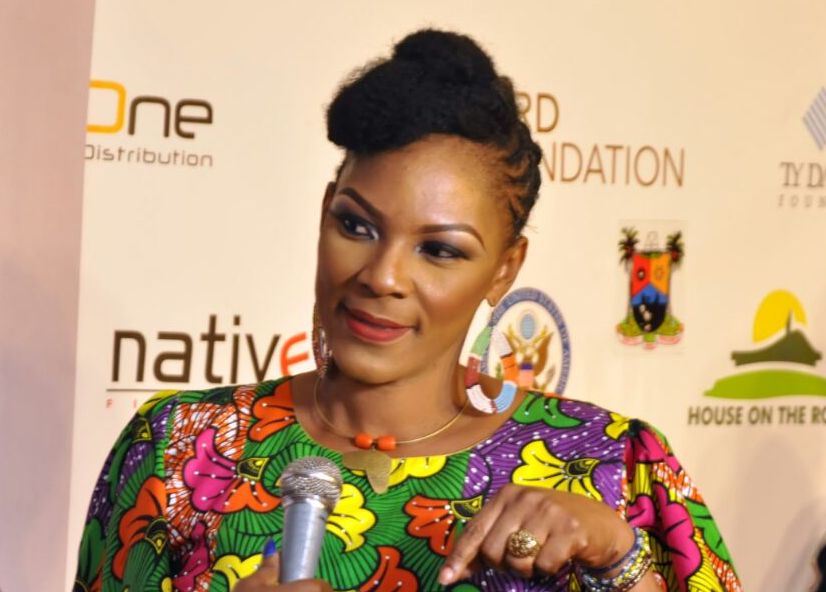 Tina Mba is an actress known for Bariga Sugar (short film), Okafor’s Law, Married But Living Single, Meet The In-laws, Make A Move, Three Wise Men, and You Me Maybe. In 2017, she was described as “actress of the year” by Pulse. Her first job was in As You Like It (1989), a stage play written by Shakespeare. Tina Mba has enjoyed a lengthy career both on stage and on screen. 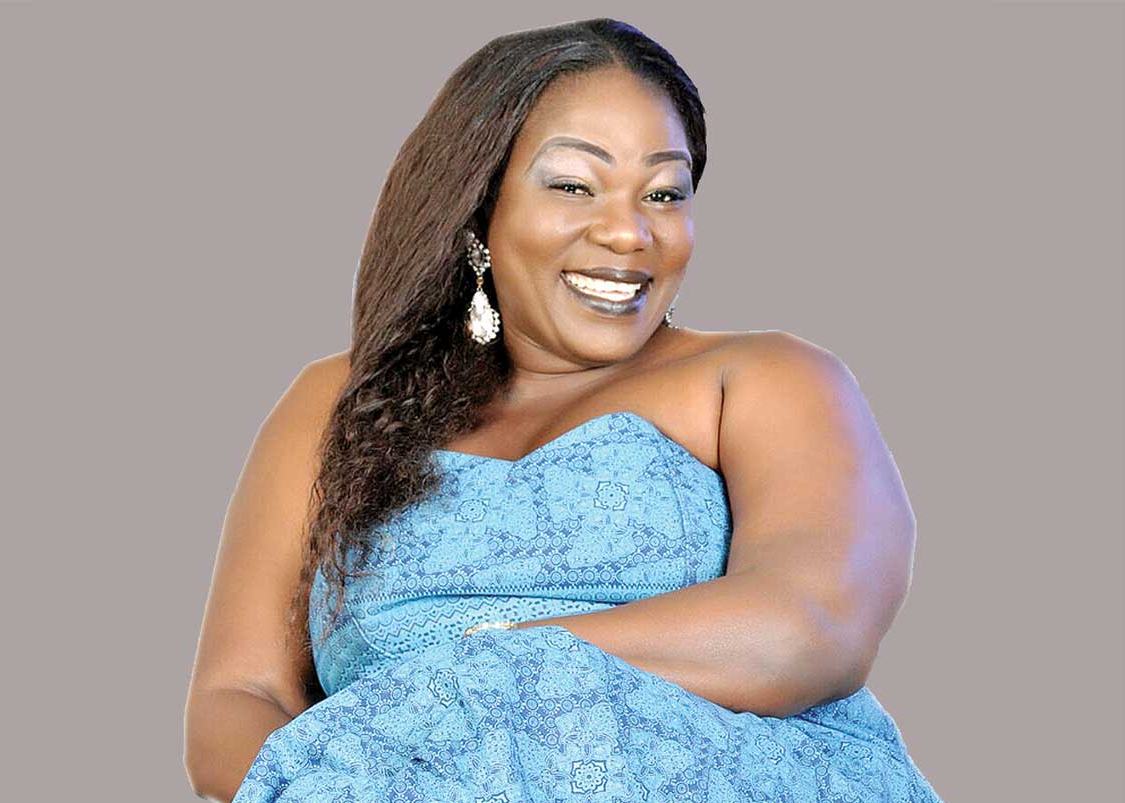 Ada Ameh is an actress known for Our Husband, The Johnsons, Cat and Mouse, Ghana Must Go and Phone Swap to name a few. In 2013, the won the Nollywood Movies Award for the Best Actress in a Supporting Role. In 2016, she was nominated for the Actress of the Year at the Nigerian Broadcasters Merit Awards . A native of Idoma in Benue State, Ada Ameh was born and raised in the Ajegunle area of Lagos State. She got her big break in Zeb Ejiro’s 1998 movie, Domitila. 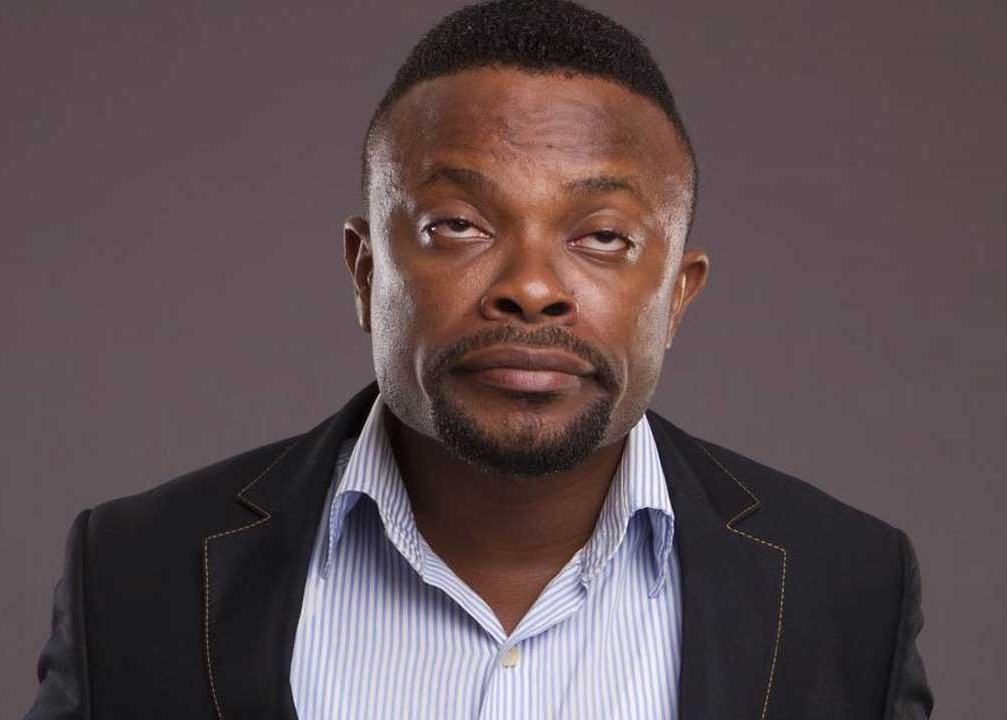 Imeh Bishop Umoh is an actor known for Ayamma, Lost In London, Jump And Pass, Cat And Mouse, Love is in the Hair, and Love Wahala. In 2015, he was the Comic Actor of the Year at the City People Movie Awards. In 2016, he was appointed Special Assistant to the Governor of Akwa Ibom State on Ethical and Social Reorientation. In 2017, he won the Best Actor In A Comedy Series at the Africa Magic Viewers Choice Awards for his role in The Boss Is Mine. 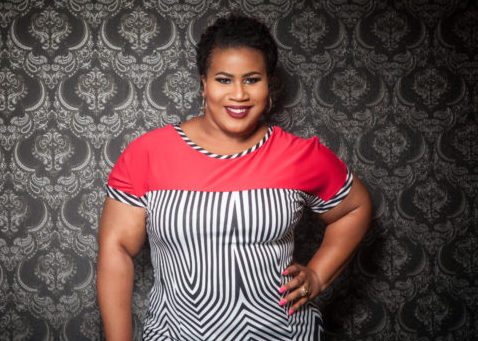 Chigul is a stage performer, actress, singer, and comedienne known for The Wedding Party 2, Remember Me, Road To Yesterday, Love Lost, and Banana Island Ghost. She’s also known for her ability to change her voice into many forms. In 2015 she appeared as a guest on the single “Karishika” by Falz. She has been interviewed and lauded by a number of media outlets, including giving a talk at a TEDx event. 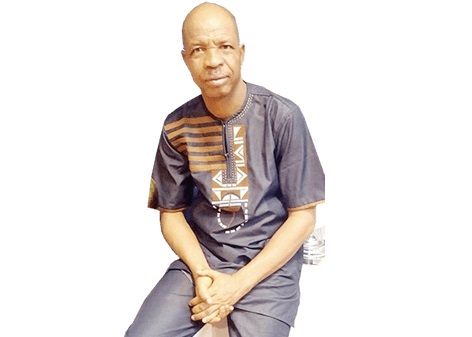 Afeez Oyetoro is an actor, comedian and theatre arts practitioner known for Wives On Strike: The Revolution, Ojukokoro, The Wedding Party, Tatu, The Campus Queen, and Our Husband. In 2016 he was nominated the Comic Actor of the Year at the City People Movie Awards. In the same year he was nominated the Best Supporting Actor at the Nigeria Entertainment Awards. He obtained a Bachelor and Masters of Arts degree in Theatre Arts from Obafemi Awolowo University and the University of Ibadan respectively. He’s also a writer with Bafana Bafana (1 & 2) to his credit. 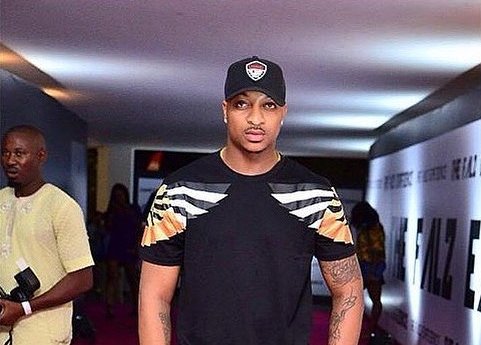 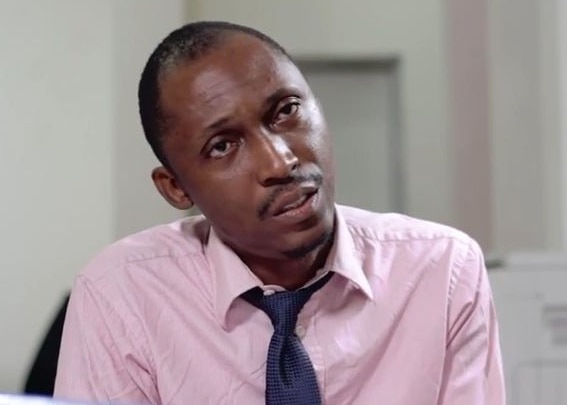 Kunle Idowu, aka Frank Donga, is an actor and comedian known for Idahosa Trails, Papa Ajasco Reloaded, Mentally, Hakkunde, Tatu, and The Boot (web series). He’s been making films, short films, corporate videos and documentaries for nearly six years. He became a household name for the character, Frank Donga, a name which made it’s debut in NdaniTV’s The Interview comedy series about a job seeking hilarious man. In 2015 he was nominated for the Best Actor in a Comedy at the Africa Magic Viewers Choice Awards. 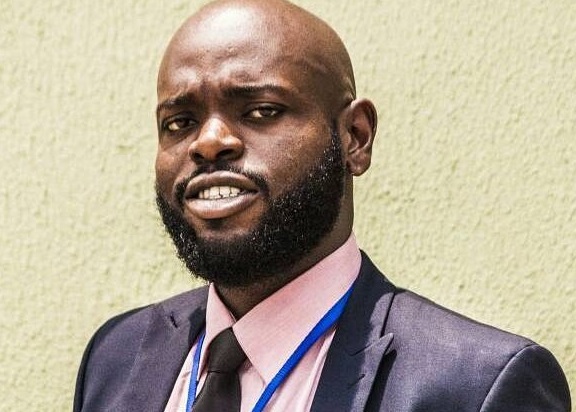 Emem Ufot is an actor (a completely hilarious one at that) known for A Soldier’s Story, Full House, Something Wicked, Sobi’s Mystic, Happy Birthday Dad, Dreams, Body Language, Glimpse, 5th Floor, Showbiz, Surprise Wedding, The Real Side Chics, Our Husband, and 30 Years A Virgin. 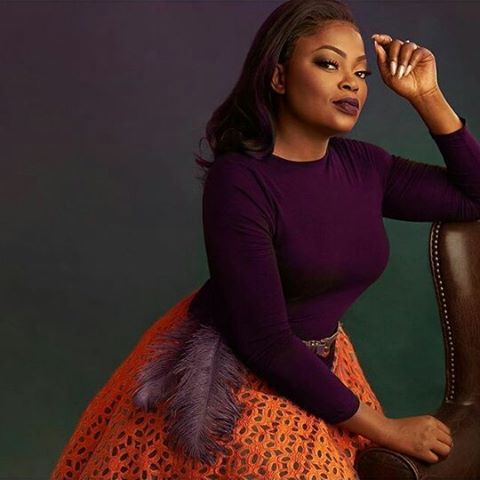 Funke Akindele is an actress and producer known for Jenifa’s Diaries, Industreet – TV Series, Isoken, Married But Living Single, Ladies Gang, Maami and so on. She came to limelight after featuring in popular United Nations Population Fund (UNFPA) sponsored sitcom, I Need to Know, which ran from 1998 to 2002. In 2016, she was the Best Actress at the Africa Magic Viewers Choice Awards (AMVCA), Naija FM Awards, Africa Entertainment Legend Awards, and the Ghana Movie Awards. Funke Akindele has a lot of endorsement deals to her name, the most recently is her being signed as Ambassador to Irokotv.